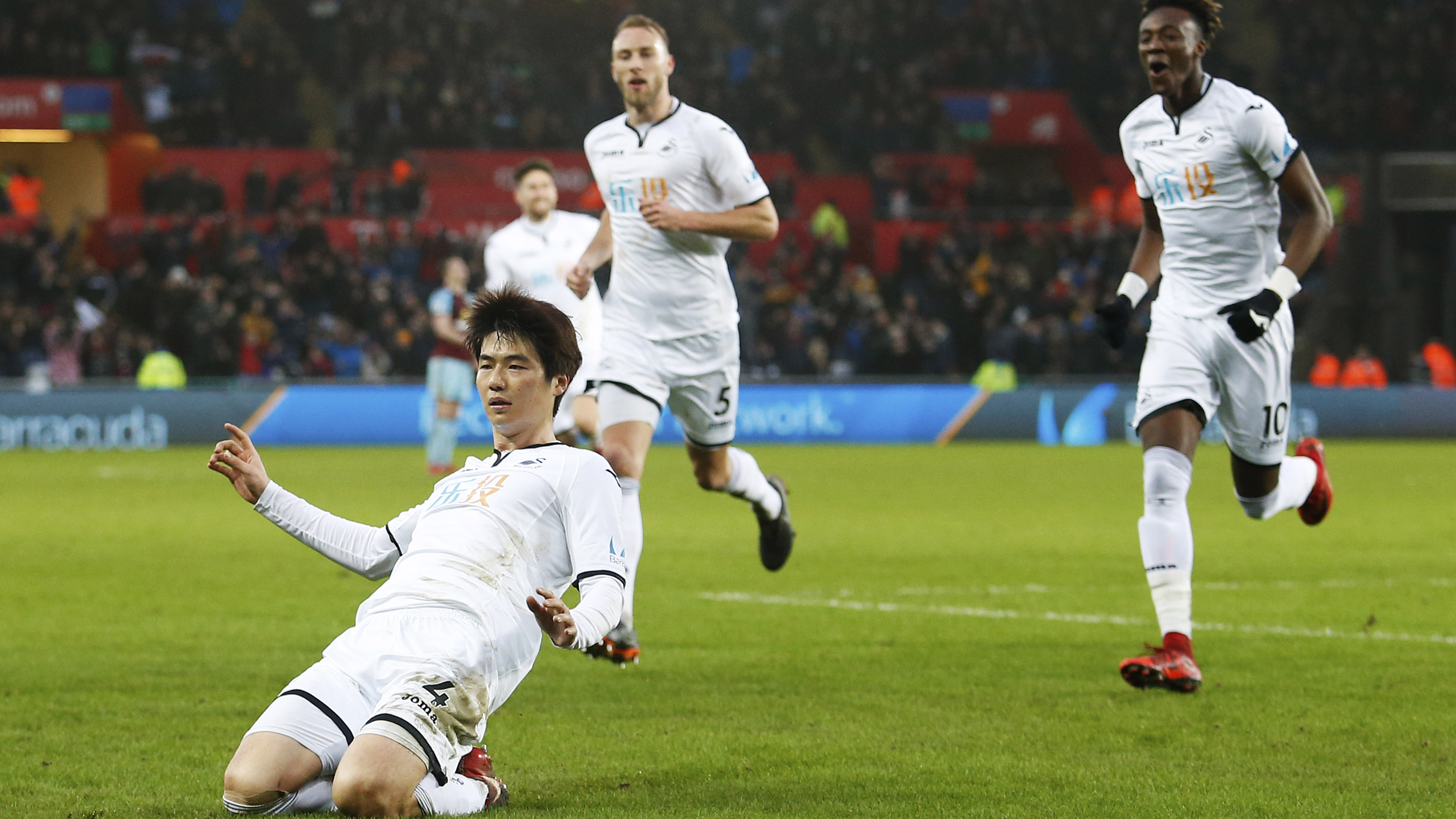 Ki: We are a totally different team

Ki Sung-Yueng reckons Swansea City have been transformed under Carlos Carvalhal after they made it nine games unbeaten with a 1-0 victory over Burnley.

Ki struck his first goal of the season in the 81st minute of a tight contest to hand the Swans another priceless win.

It was the Swans’ fifth successive home triumph in all competitions, an extraordinary run for a side who won only twice on their own patch in the first five months of the season.

They have been beaten just once in 11 games under Carvalhal – and that was a controversial loss against Spurs – and Ki believes the manager’s impact has been huge.

“In the last seven or eight games, our team has changed totally,” said the South Korea skipper.

“We have changed our approach and the performance levels have changed. The boys know exactly what to do on the pitch.

“The manager has given me a lot of confidence and a new role in the team.

“I think he has given everyone a lot of confidence, both tactically and mentally.

“Since he came in, the team has changed – it’s totally different. Hopefully now we can maintain this winning mentality.”

Ki’s decisive goal was his first since he found the target in a 4-1 victory at West Ham on the final day of the 2015-16 campaign.

And the former Celtic man was delighted to end his drought at an ideal time for his team.

“I am very pleased with the three points and with my goal – it’s been a long time since I scored,” Ki added.

“We deserved to win I think and we have deserved results in this run we are having.

“The confidence is growing – it’s much higher than it was before.

“We are winning games so the boys are happy on the pitch, but we have to keep it going now.

“There’s still a long way to go and we have to be focused.”

'Survival experience will be key'