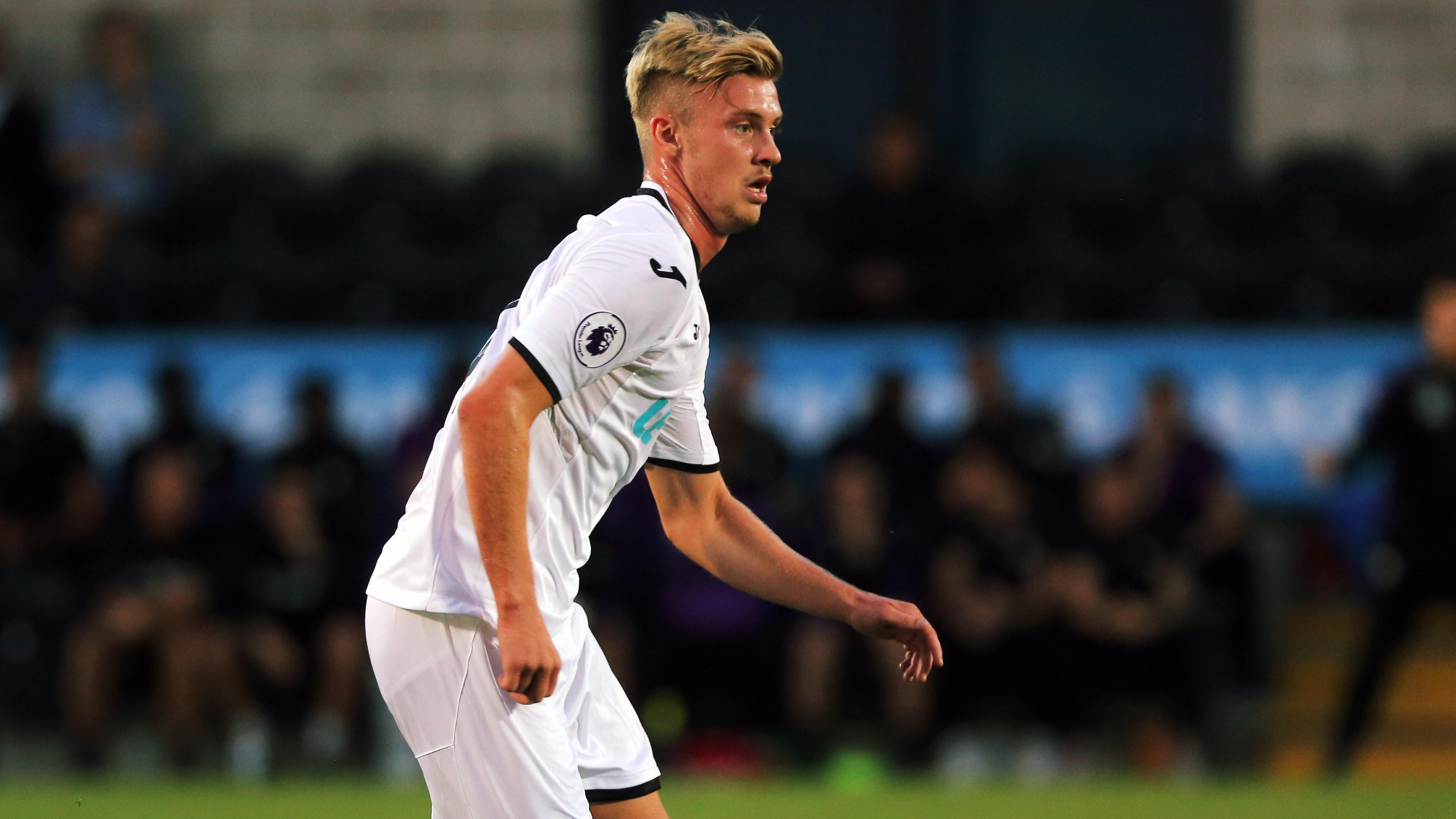 King: I had to take shootout responsibility

Adam King felt as captain he has to set the tone by stepping up to lead Swansea City's Under-23s to penalty shootout success against Nottingham Forest.

The Scot skippered the Swans as they beat Forest in the quarter-finals of the Premier League Cup after 120 minutes of goalless action in Alfreton.

The visitors triumphed 3-0 on spot-kicks, with keeper Gregor Zabret facing four penalties in total during the afternoon and not conceding from any of them.

King got the ball rolling by calmly converting the opening spot-kick, with Adnan Maric and Matthew Blake following suit, before Zabret saved from Alex Mighten and Brennan Johnson to seal the Swans' passage into the semis.

King has endured mixed fortunes from 12 yards in recent times; neatly tucking away against Hull City in this competition, before seeing his effort against West Ham United saved just over two weeks later.

However, there was no doubt in the Scottish midfielder's mind as to whether or not he would step-up to the spot.

"Recently, I've scored a penalty and missed one. However, as captain, I think it's important to go up and take the first one in a shootout," he said.

"I don't think missing a penalty can knock your confidence too much. Similarly to when you have a bad game, you just have to come back stronger the next time.

"I was delighted when it went in. It got us off to a good start and Gregor produced some important saves after that to send us through."

Nevertheless, King believes the ability to show another side to their game demonstrated the togetherness within the squad.

And, having lifted the trophy in 2017, he is hopeful that team spirit will pave the way to further success in the competition.

"In a cup competition, you'll have games where you play really good football. But, like here, there will also be times when everyone has to really dig in and grind out a result," he added.

"We've got a great bunch of lads and the way we covered each other was brilliant. We stuck together right to the end and came away with a win.

"I've been here for a while now and there's been a fantastic spirit within all the sides I've played in. It's just a pleasure to be a part of it.

"We're delighted to get through to the semi-finals and, in all the boys' minds, we're now going for the trophy. There's no better feeling than winning a cup.

"We've had a good track record in this competition and we're now two games away from winning again. We want to go all the way and the boys will certainly work to try to make that happen."