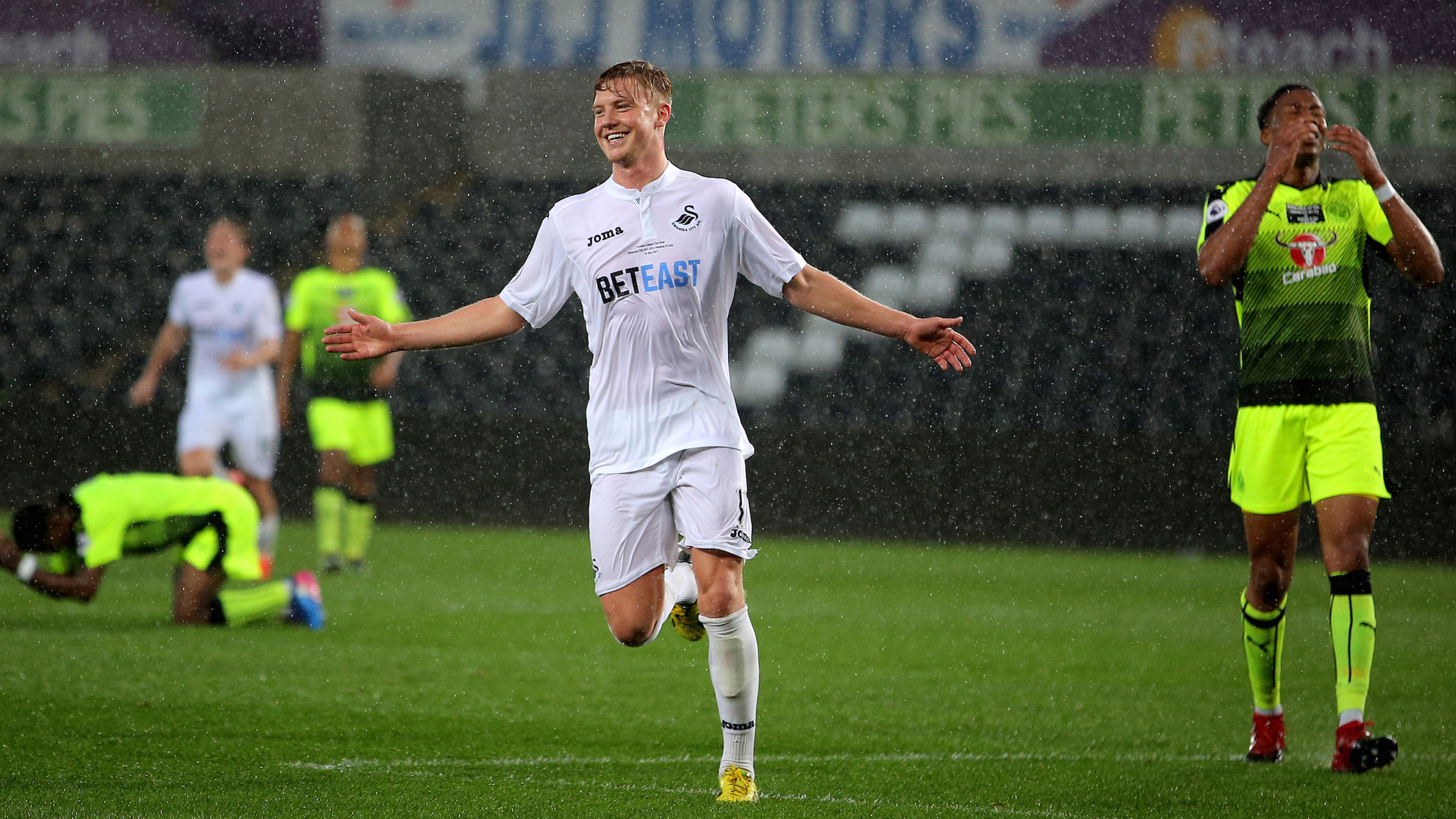 King reigns against the Royals

A goal in each half from the midfielder helped the young Swans beat Reading 2-0 at the Liberty Stadium on Monday to lift the Premier League Cup in front of 2,000 Swans fans.

The 21-year-old, who spent five months on loan at League One side Southend United earlier this season, insists the team’s work ethic delivered the title.

“It was a tough game, it was not an easy win,” said King. “Reading are a good side and they really made us work for it.

“We knew we had to match that and tonight’s win is a credit to the whole team and coaching staff.

“I was delighted to get the crucial goals. I had great service from Daniel James and Oli McBurnie which made my job easier.

“We created good chances in front of goal, but to score before half-time settled us and gave us a cushion before everything just came together.

“We have worked so hard for this win. Lifting the cup is a great memory and something we will remember as a team for years to come.

“It has been great to come back into the squad and to help the team get the league win and to complete the double - it is a perfect end to the season.”