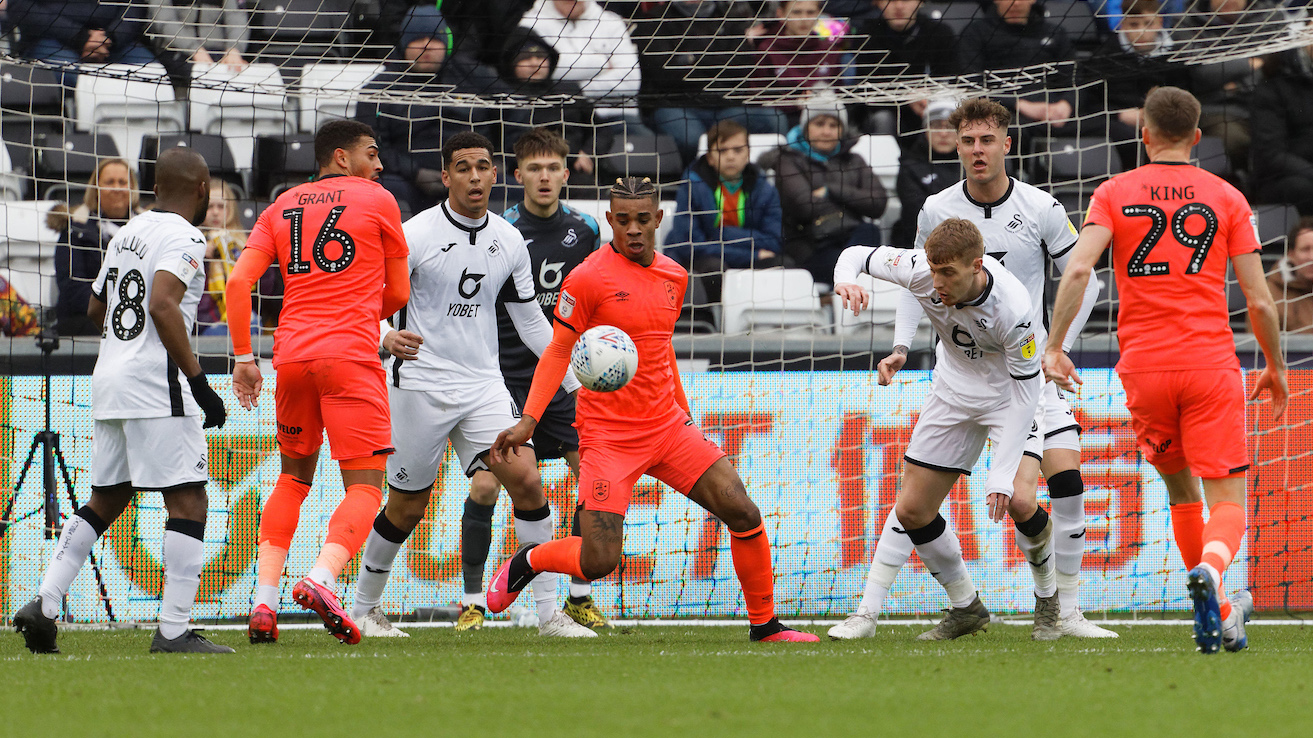 Kristian O’Leary has spoken of his pride at seeing Ben Cabango and Joe Rodon end a 23-year wait at the heart of the Swansea City defence.

The duo became the first Welsh-born centre-back partnership to feature for the Swans in a league fixture since 1997, with O’Leary and Christian Edwards last doing so in a 3-1 defeat at Peterborough.

Rodon and Cabango played a pivotal part in Saturday’s convincing home win over Huddersfield, which coincidentally also ended 3-1 thanks to goals from Andre Ayew, Jay Fulton and sub Jordon Garrick.

And O’Leary, who played over 330 games for the Swans during a 15-year playing career before going on to return as a youth team and first-team coach, was happy to see the long wait come to an end.

“It was great that Joe and Ben played alongside each other in defence on Saturday to end the wait,” said O’Leary, who featured in both midfield and defence for the Swans.

“I guess it has been a long time since myself and Christian were the last Welsh pairing in central defence for the Swans in a league game, but football has changed in many ways since 1997.

“I know a lot about Joe. He came into the club when I was there and we had a few meetings along the way.

“I always kept the link going between the academy and the first team. We put a succession plan in place and I’d made notes of players coming through the ranks and different ages. Joe’s name was always on that list.

“Myself, Jon Grey and Jonny Northeast – who is now with DC United - had meetings about how Joe could progress. We looked at working on his muscle bulk and building his strength. He was quick and very good on the ball and he had a great attitude. He’s also very humble.

“He’s grasped his opportunity. I can see Ben doing the same now. Ben went on loan to TNS last year and did so well. The club has taken notice of what he has done.

“Ben and Joe are in the right environment. They are surrounded by their friends and are growing together in the first-team squad. You have got to give them an opportunity.

“My biggest thing is having the right attitude, and these lads have that in abundance.”

Port Talbot-born O’Leary, who is now in charge of Cymru Premier side Carmarthen Town, played with distinction for the Swans during his career.

He was part of the club’s rise from the fourth tier to the Championship before leaving in 2010.

And he explained the responsibility and honour you have when running out for your hometown team.

“It’s great for Swansea City, but it’s also fantastic for Wales to see them playing,” added O’Leary. “As a fan I have great pride seeing local boys playing for the Swans and going on to play for Wales, that has been the case with Joe.

“I stood on the North Bank, and I felt all the emotions. You live and breathe it.