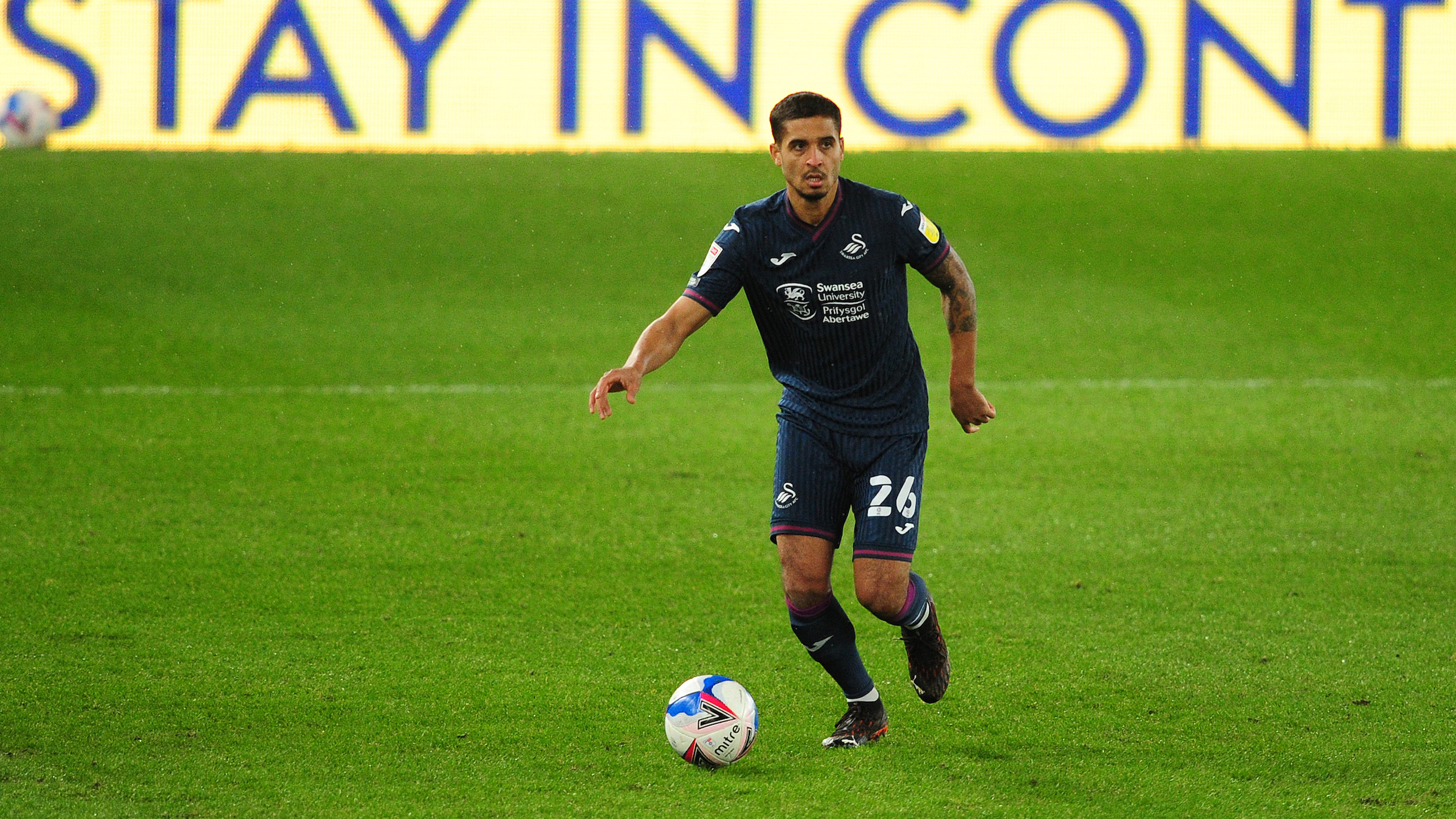 Kyle Naughton recently followed in the footsteps of the likes of Ashley Williams, Wayne Routledge and Garry Monk by passing through the 200-appearance barrier for Swansea City.

The defender became the 72nd player to achieve the feat for the Swans when he started the 2-0 win over Norwich City.

His currently tally puts him in the near company of such club stalwarts as Chris Marustik, Andy Melville and Dorus De Vries.

A product of the Sheffield United academy, Naughton signed for Swansea City from Tottenham Hotspur in January 2015, and he went on to help the club to a best Premier League finish and points total.

The former England Under-21 international had spells with the Blades, Gretna, Middlesbrough, Leicester and Norwich before making his switch to Spurs.

He spent five-and-a-half years at White Hart Lane with he and Kyle Walker identified as exciting emerging talents at full-back.

His professionalism and application have been praised by a succession of Swansea bosses, including head coach Steve Cooper, and has captained the side during his time in SA1.

Here, to mark the landmark, we look back at some of the notable moments of Kyle’s time with the Swans.

Naughton enjoyed a winning bow for his new club as Jonjo Shelvey stole the headlines at St Mary’s.

Kyle, Jay Fulton and Matt Grimes are the only members of the matchday squad from this game who are still in Swansea colours.

Captain Williams twice cleared off the line from Sadio Mane before Shelvey picked up a ball 30 yards out and unleashed an unstoppable drive beyond Fraser Forster.

Saints would have Ryan Bertrand sent off late on as the visitors took all three points to the delight of their new signing.

Naughton made his 50th appearance for the Swans but it would prove a heartbreaker for the visitors as they were denied all three points at the death at Goodison Park.

The Swans had endured a difficult start to the season, but they looked set to record a vital win thanks to Gylfi Sigurdsson’s penalty against the Toffees.

But fortune did not favour the Welsh club as Seamus Coleman’s looping header found the net with a minute to go.

Naughton had waited nearly two-and-a-half years to open his Swansea City account, and he could barely have chosen a better moment to do so as he helped Paul Clement’s side secure Premier League survival at Sunderland.

Fernando Llorente headed in a Sigurdsson free-kick early on to put the visitors in control, and Naughton then showed good composure to fire home with his right foot after good build-up.

Naughton made it 100 not out in Swansea colours, achieving the feat in his home city as they played out a goalless draw at Sheffield Wednesday.

The fifth-round tie came amidst a good unbeaten run under Carlos Carvalhal and, while neither side could find a breakthrough during a frenetic conclusion, it was Swansea who would reach the quarter-finals courtesy of a victory in the replay.

“I came to play as many games as I could, hopefully I can be here for many more years,” Naughton said after the game, and he’s certainly got his wish.

Naughton marked his 150th appearance by wearing the captain’s armband as the Swans advanced to the second round of the Carabao Cup.

An upset had looked on the cards when Matt Warburton put the League Two Cobblers ahead.

But Steve Cooper’s side responded with three goals in seven minutes courtesy of an Andre Ayew brace and a George Byers’ strike.

Naughton’s red card against Brentford ensured he had to wait an additional game to bring up number 200 for the Swans, and he turned in a typically astute display as another clean sheet was secured in an important win over Championship leaders Norwich.

Andre Ayew and Conor Hourihane got the goals for the hosts, with Naughton playing his part in another rock-solid defensive showing resulted in a 15th shut-out of the campaign.

He has played in a number of positions for the club, featuring at right-back, right wing-back, centre-back and in central midfield.

Of his 200 appearances, Naughton has been on the winning side on 74 occasions, with 52 draws and 74 defeats.

He has scored six goals, he has received just 21 yellow cards and been sent off just three times, a testament to his ability to read the game and time his challenges.