Kyle Macaulay would spend the majority of his time in Sweden driving up and down the land searching for a rough diamond.

At just 25 years of age, he called time on his professional football career. It proved a wise decision.

His time as a player saw him sign YTS forms at Derby County along with playing a dozen games for Aberdeen before spells at Peterhead, Alloa and his hometown club Elgin City.

But it is off the pitch where he has really shone.

And it was there, though playing for the university team, that the next phase of his career began.

“I had trials with a British University Select and eventually I went with the team to China to compete in the World University Games,” he explains.

“And of all places, we went to Ostersund to prepare for the games. We beat them in a friendly.

“One of the key moments of that trip was meeting our coach James Ellis, who was a friend of Graham (Potter).

“Kim Stafford, who was our analyst in China at the tournament, worked for Prozone in Leeds and I spent time on work experience with her.

“Kim said that Ostersund were taking on Prozone - Graham is big on developing the environment, and that’s not only the playing side.”

Potter would turn out to be a key figure in Macaulay’s career.

Not long after the conversation about Prozone, Macaulay wrote a hopeful letter to Potter offering his services – as a footballer.

“He got back to me saying that his squad was full, but he was looking to recruit staff,” says Macaulay.

“I think my university coach James had put in a good word and I ended up heading out on a six-month internship.

“I thought it would likely be six months in Sweden, gain experience and then head back to the UK looking for a job.”

Far from it, as it turned out. A fresh-faced Macaulay immersed himself in the Swedish culture and would go on to spend six years – rather than six months – in Ostersund.

His first role was predominantly based around performance analysis and feedback to the players, while doing some scouting on the side.

Then, following promotion to the second tier, Potter shuffled his staff and Macaulay was handed the role of recruitment full time.

It was a rewarding job, but a desire to put in the hard yards – or miles as Macaulay found out – was essential.

“I would spend my time in Sweden driving all over the country watching games, speaking to clubs and agents and persuading the players to sign,” he says.

“I spent 250 days on the road in my first year at Ostersund. My life in Sweden was geared towards working for the football club. But I enjoyed it.”

His work would pay off with Ostersund benefiting from his eye for a player.

The likes of Ken Sema and Saman Ghoddos were plucked from the Swedish lower leagues for a total fee of just over £100,000.

Both went on to represent Sweden and Iran at international level, with Sema having recently left Ostersund to join Premier League side Watford.

So what is it that Macaulay notes in a player which other clubs have overlooked?

“It was my job to identify not only good players but good people too. We have a huge emphasis on that,” Macaulay points out.

“Football is a different industry as you don’t have the recruitment process of interviews with players, so you speak to former and current team-mates and coaches, media, a player's agent and the player himself. You do your background checks.

“You will get a range of opinions, but it’s your judgement call. Some players will be right for one club but not for another. It’s an exciting role and it’s very satisfying when a player you have recommended makes a big impact for the club – just like Sema and Ghoddos did for Ostersund.

“But the recruitment stage is only a part of the process – the coaching staff have a massive role in ensuring that player performs well and fits into the team.

“It is the same here at Swansea. We want to create an environment where people are comfortable but are also challenged.”

Macaulay’s role is head of recruitment, with his net now cast further afield in terms of scouting players compared to his time at Ostersund.

But the fundamentals remain the same.

“At Ostersund, Graham and the chairman Daniel Kindberg were very forward-thinking, and that’s why the club is in the position they are today,” he adds.

“We won promotion to the top flight, won silverware in the Swedish Cup and enjoyed a brilliant Europa League run, so it was an amazing time.

“But the challenge at Swansea is also a very exciting one. It’s quite similar in some ways as the club wants to get to the top league by playing attractive football.

“Geographically we are out of the football bubble in this part of Wales, which can be a great benefit to us as it allows us to be a community club while players can concentrate on football.

“What I can already tell is that this club has a massive role in the community, and that’s something we had to create at Ostersund.

“But in terms of my job it’s a similar role. I’m looking to identify players who are really hungry to succeed and have the right attitude and skills to help us here.

“My week will involve watching games on Tuesday, Wednesday, Saturday and Sunday.

“I won’t get to watch Swansea play live much, so I’ll have extra games to look back through on top of the ones I’ll be at.

“But that’s part of the job, and I’ll do whatever I can to help Graham, the team and the club." 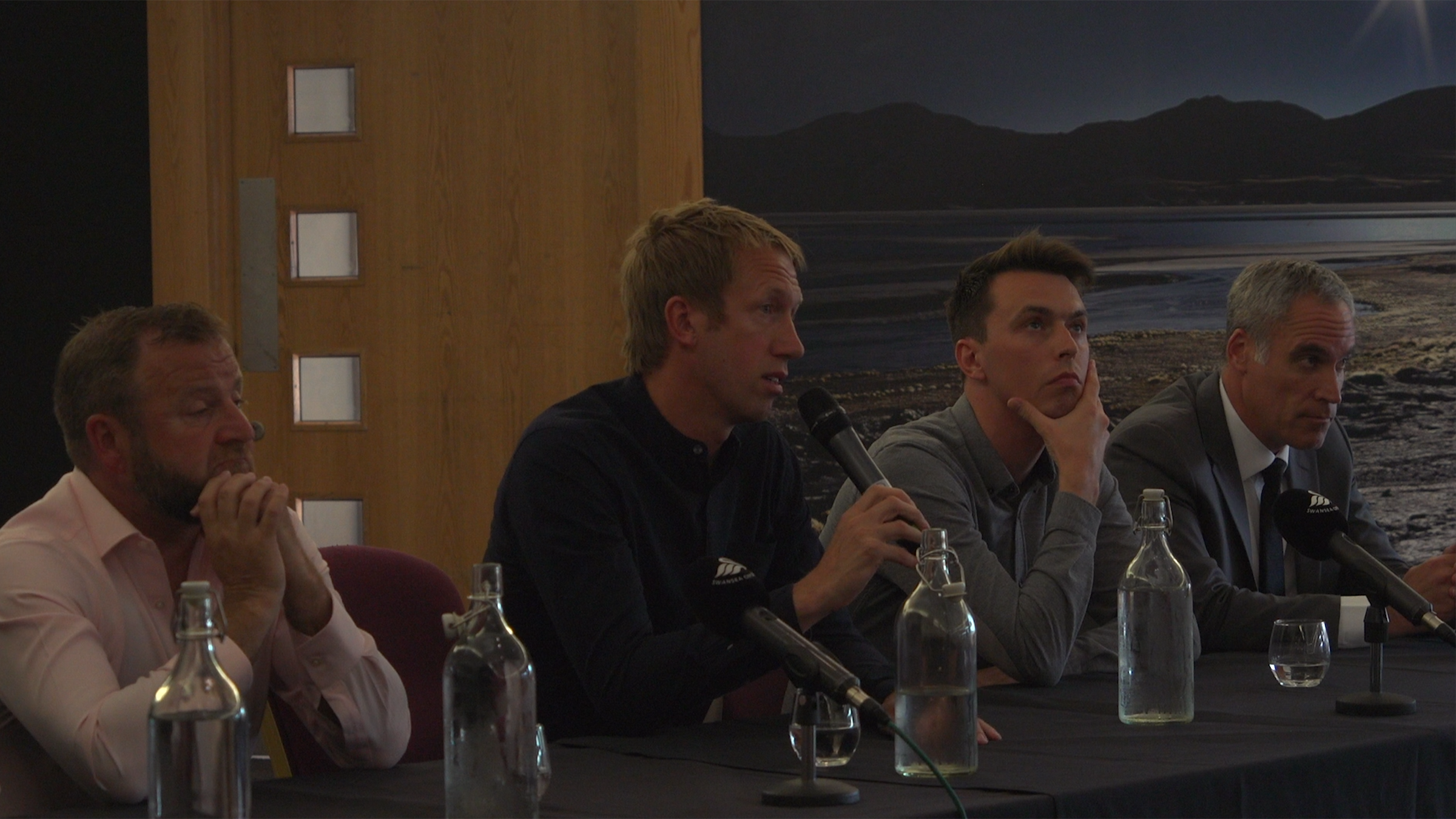 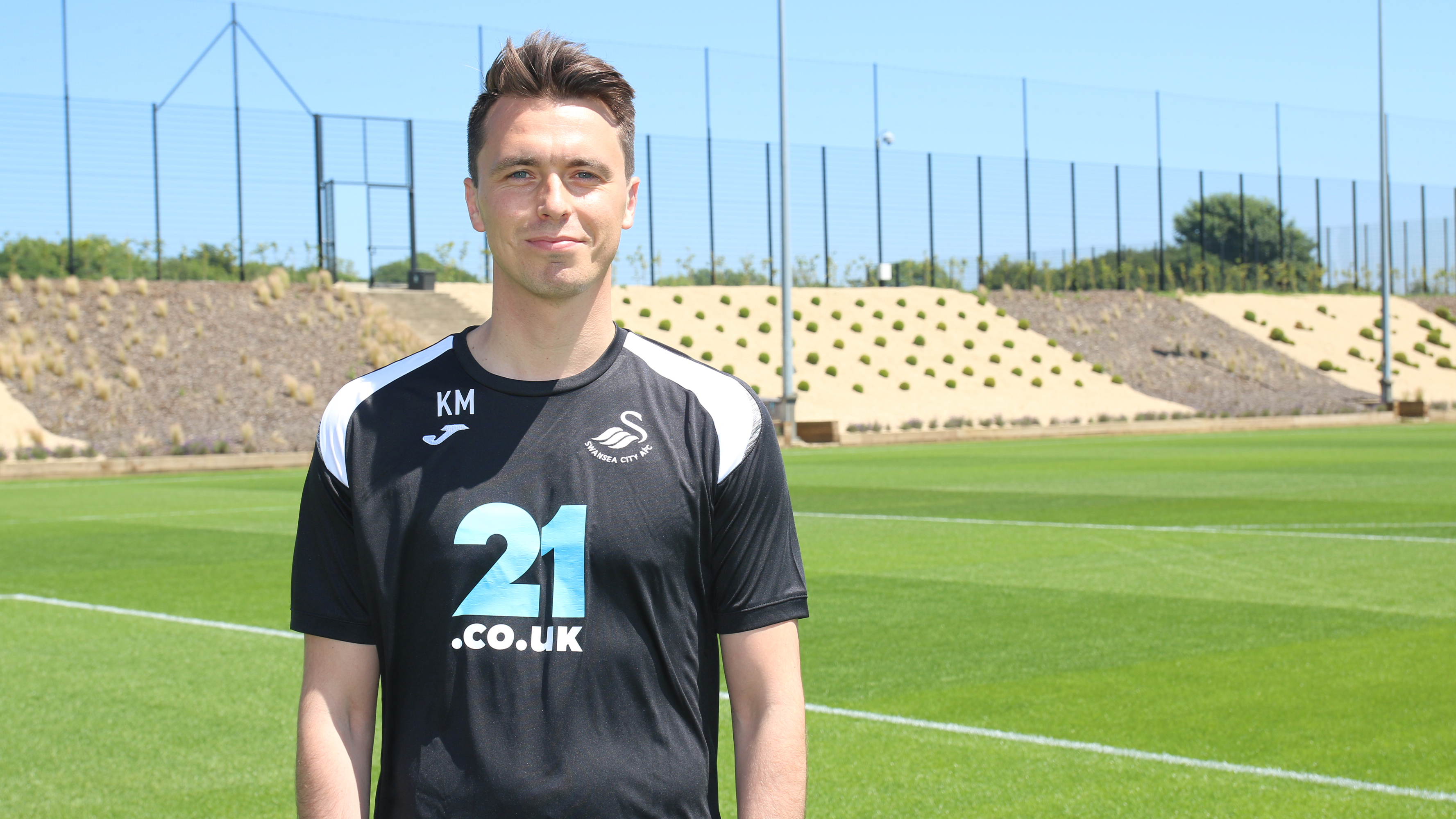