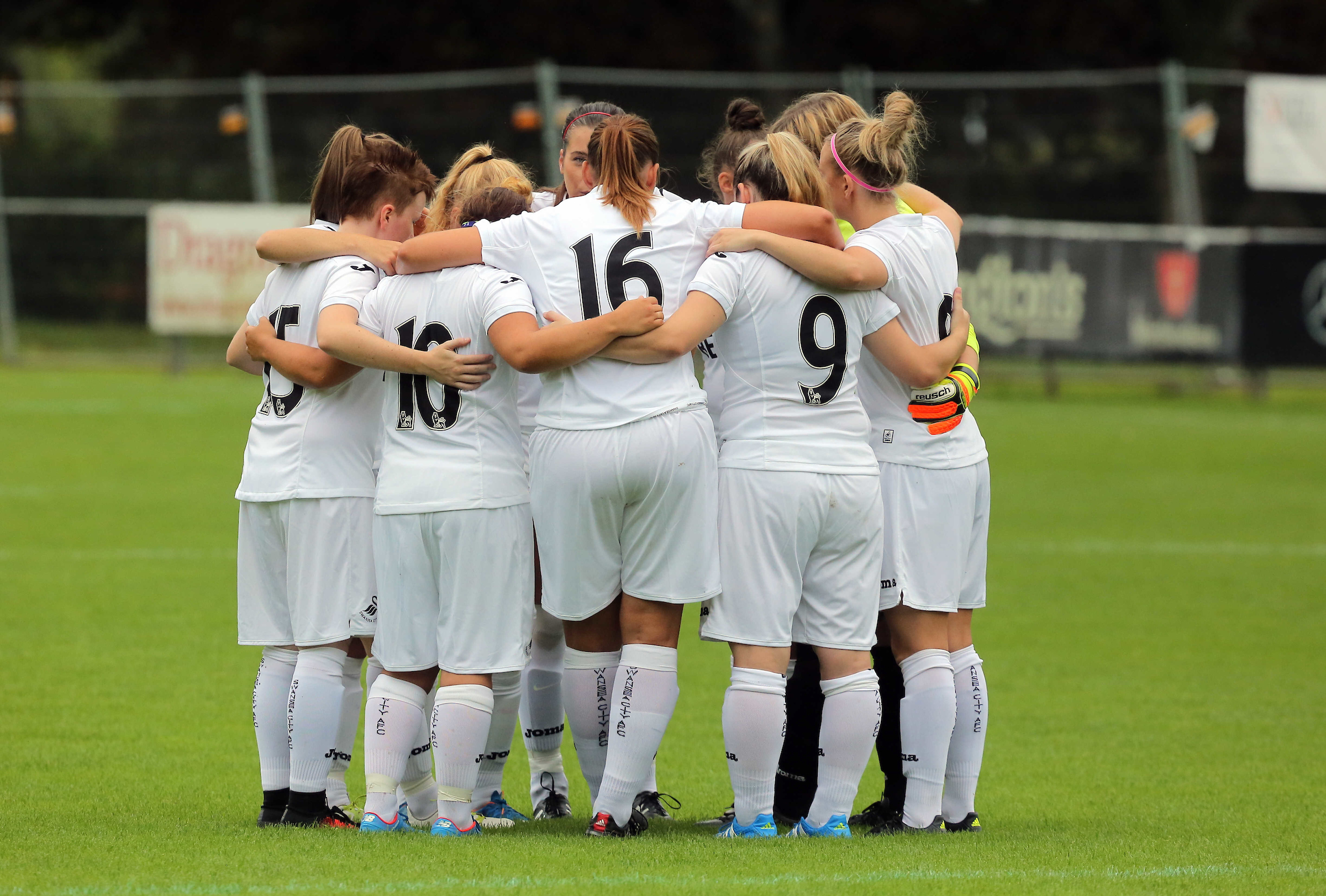 Swansea City Ladies narrowly missed out on the FAW Women’s Cup in a closely contested final against Cardiff Met Ladies at Bryntirion Park on Sunday.

After the game ended 2-2, a penalty shootout decided the outcome, with Cardiff Met going on to lift the trophy.

The Swans created plenty of chances in the opening minutes, but it was Cardiff Met who took the lead after 15 minutes when a ball from Chloe O’Connor slipped past Swans keeper Courtney Young.

Katy Hosford reacted quickly with a fine free-kick, but the midfielder’s effort was parried over the crossbar by Mets keeper Yzzy Taylor.

Cardiff Met saw a shot cannon off the crossbar before Sarah Adams made a great tackle in the box to deny Jassie Vasconcelos from extending Mets' lead.

Swansea pressed for an equaliser throughout the second half with Jodie Passmore and Adams going close.

And just as the game looked to be slipping away from the Swans, Hosford levelled in the 89th minute withan outstanding 30-yard strike.

Both sides had a host of chances in extra-time, but Hosford netted her second to give the Swans the lead with an impressive strike from the edge of the box.

But the lead was short lived as O’Connor scrambled home an equaliser for Met from close range in the 23rd minute of extra-time.

Efforts from Swansea’s Adams and Hosford were stopped by Taylor in the final minutes of extra-time to force the match to penalties.

Cardiff’s O’Connor saw her penalty saved by Courtney Young but Swansea could not take advantage as Kelly Newcombe’s attempt narrowly missed the target.