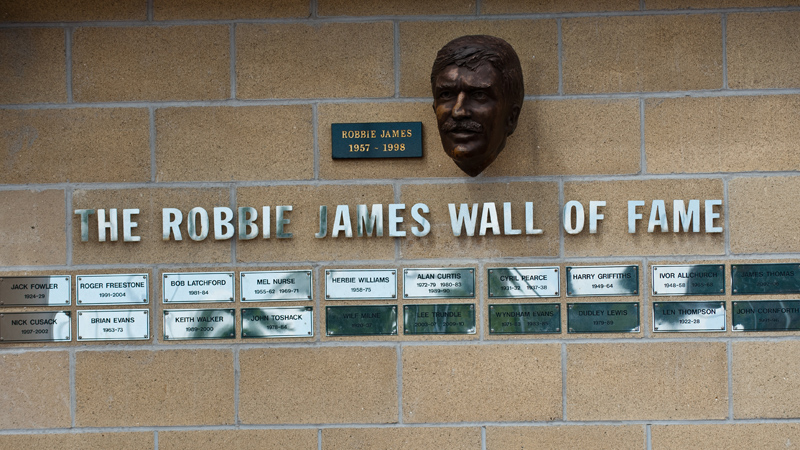 Latest inductees to be added to Wall of Fame

Swansea City Supporters' Trust will add another 20 names to the Robbie James Wall of Fame before Saturday’s Championship clash with Hull City at the Liberty Stadium.

Established in 2011, 80 names have already been honoured with a place on the the Wall of Fame to represent those players and managers who have played a significant part in the club’s proud history.

Located next to the ticket office, the ceremony will take place at approximately 1.15pm.

A full list of previous inductees can be found HERE