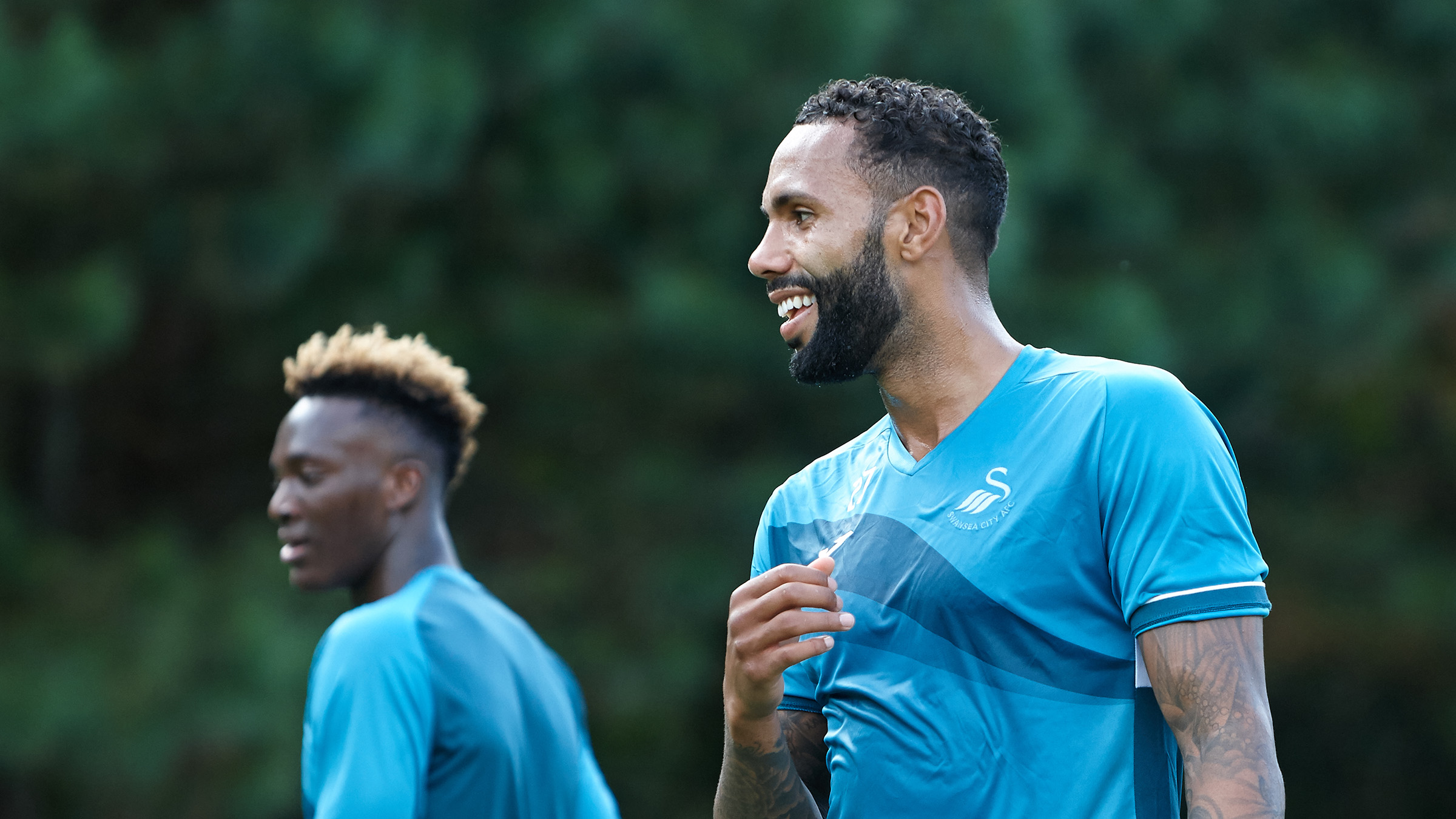 Leeds lessons can be vital for Kyle

Kyle Bartley is aiming to use the lessons learned at Leeds to help boost his chances of first-team football at the Liberty.

The centre-back is looking forward to four more years with the Swans after today signing a new contract at the club.

Bartley is back in SA1 following a hugely successful loan spell with Leeds, which saw him score six goals in 45 appearances as the Elland Road club fell just short of the Championship play-offs.

He also captained Leeds on a number of occasions, and the 26-year-old feels is returning to the Liberty far more equipped for a first-team push.

“Last season I went out on loan and got more experience and game-time, and I feel that has really helped me,” he said.

“It wasn’t just the football side of things that I benefited from. I learned a lot about myself as a person and my character, along with what I needed to improve on and off the pitch.

“Captaining the side put a bit more responsibility on my shoulders, which I seem to thrive off.”

Bartley will compete with England Under-21 international Alfie Mawson, Federico Fernandez and Mike van der Hoorn for a spot in Paul Clement’s defence.

The former Arsenal trainee, who swapped the Emirates for the Liberty in 2012, now wants to repay the faith shown in him by the Swans as he looks forward to the next four years.

“On a personal level things haven’t worked out as I would have wanted, but we have had some fantastic players here so it was difficult to get a place in the team.

“But I feel I have come back a lot stronger, a better player mentally and physically. I just want to prove myself out on the pitch.

“I am absolutely delighted to have signed a new contract. I came back during pre-season with the plan of earning a new contract and thankfully things have worked out well.

“Now I can concentrate on doing everything I can to give myself a chance of playing first-team football and pushing my team-mates on at the same time as we look to help the club succeed.”