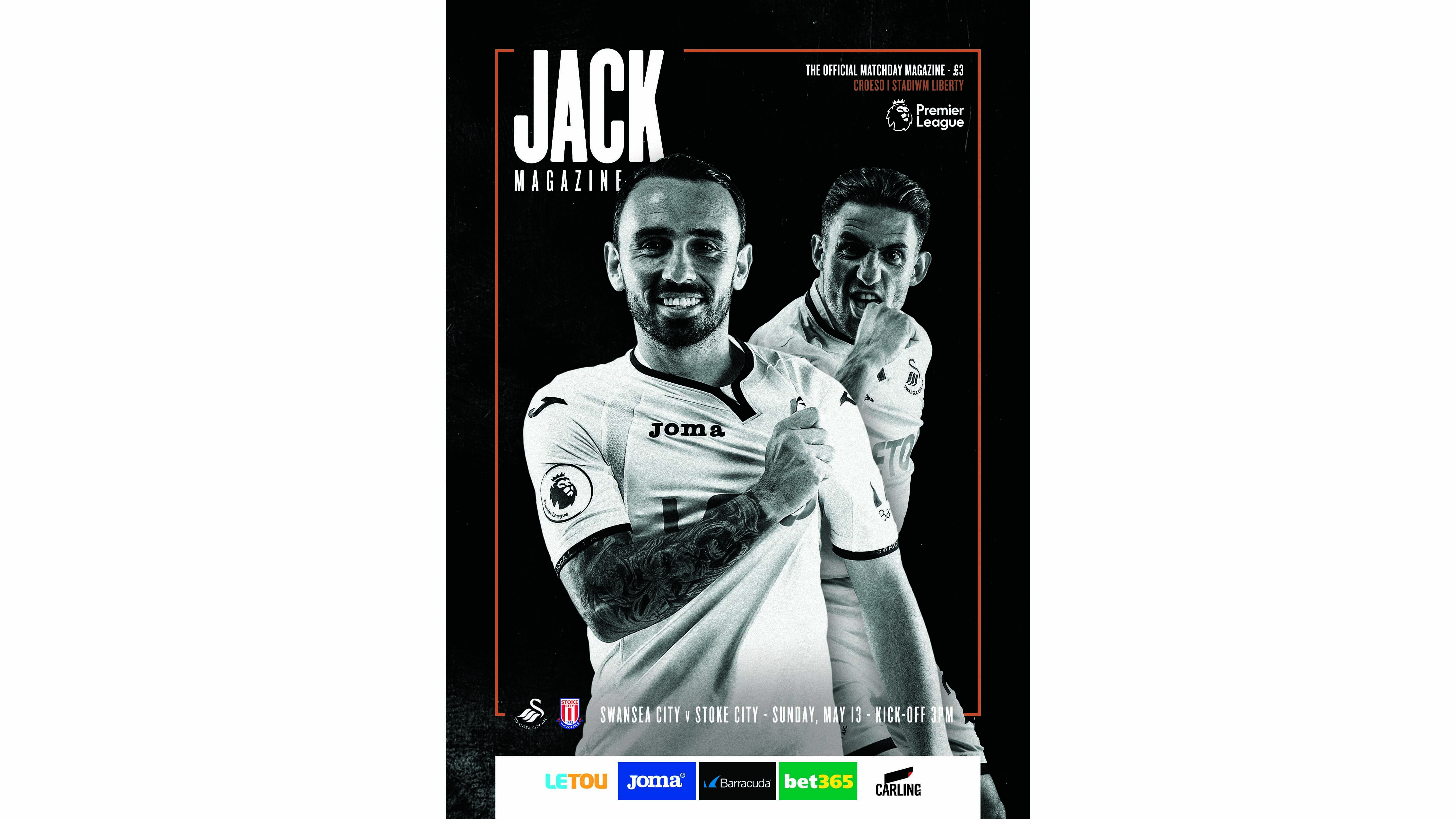 Club legends Leon Britton and Angel Rangel will be reflecting on their time with Swansea City in this season’s final edition of Jack Magazine.

It is set to be an emotional day of farewells at the Liberty Stadium for the Swans' final Premier League match of the campaign against Stoke City.

Britton announced his retirement on Friday after making more than 500 appearances since first joining the Swans in December 2002.

Meanwhile, club captain Rangel will also be leaving after playing 373 times in all competitions during his 11 years in SA1.

Both players have been stalwarts during one of the most successful periods in the club's history.

And the Jack Army will have one final opportunity to say goodbye to two of the club's greatest players.

You can read more on their memories in our final edition of Jack Magazine this season.

We reveal 10 facts you may not know about Mike van der Hoorn and Tammy Abraham and, as the countdown to the World Cup continues, we reflect on how Jordan Ayew and Leroy Fer performed on the biggest stage of all.

We also profile Joe Allen and track down Colin West, as well as finding out more about video analyst Jhony Conceicao.

And there is plenty more in the latest Jack Magazine, including news from the development squad, the academy and the ladies’ team, as well as all you need to know about Paul Lambert’s Stoke.

The final issue of the 2017-18 Premier League season is available for just £3 from around the Liberty, the club shop and online.

Jack Magazine really is a must-have for any Swans fan, so don’t miss out!