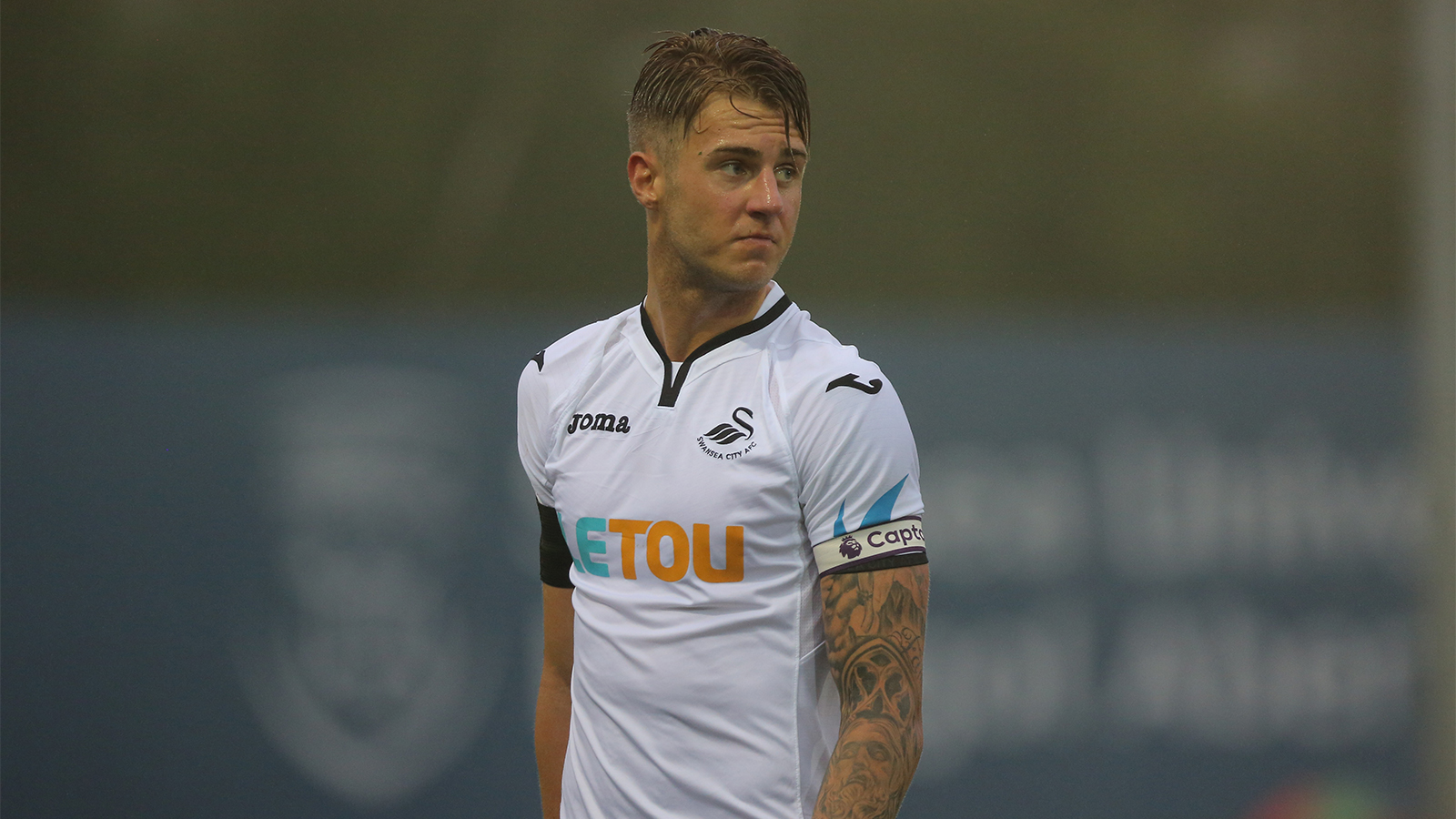 Joe Rodon insists Swansea City Under-23s are determined to bounce back from defeat against West Ham when they face Derby in Premier League 2 at the Liberty Stadium tonight (7pm).

The young Swans were beaten 5-2 by the Hammers at the Chigwell Construction Stadium last month.

Despite an impressive 1-1 draw against Manchester United in August, the defeat left the U23s with only a single point from their opening three games in division 1.

And Rodon, who took on the U23s’ captain’s armband this season, revealed they are determined to recover from the West Ham defeat and get their first win of the campaign.

“It is time for us to step up in the league and make a claim,” said Rodon.

“Our performance and result against West Ham did not do us any favours. We know we need to produce a better performance against Derby today.

“We let ourselves down in the last game and need to come together stronger and produce a better performance tonight.

“I am excited and determined for this game. We bounced back well from defeats last season and need to start doing that again.”

The under-23s team look set to be boosted by the inclusion of Daniel James and Oli McBurnie after both players returned from their respective loan clubs.

And Rodon admits it is good to have both players back in contention.

“It is good to have them back,” he said. “Both had a big impact on the team last season.
“Hopefully both can help the team going forward.”

The match will be streamed live via www.swanseacity.com

Tickets are priced as follows: