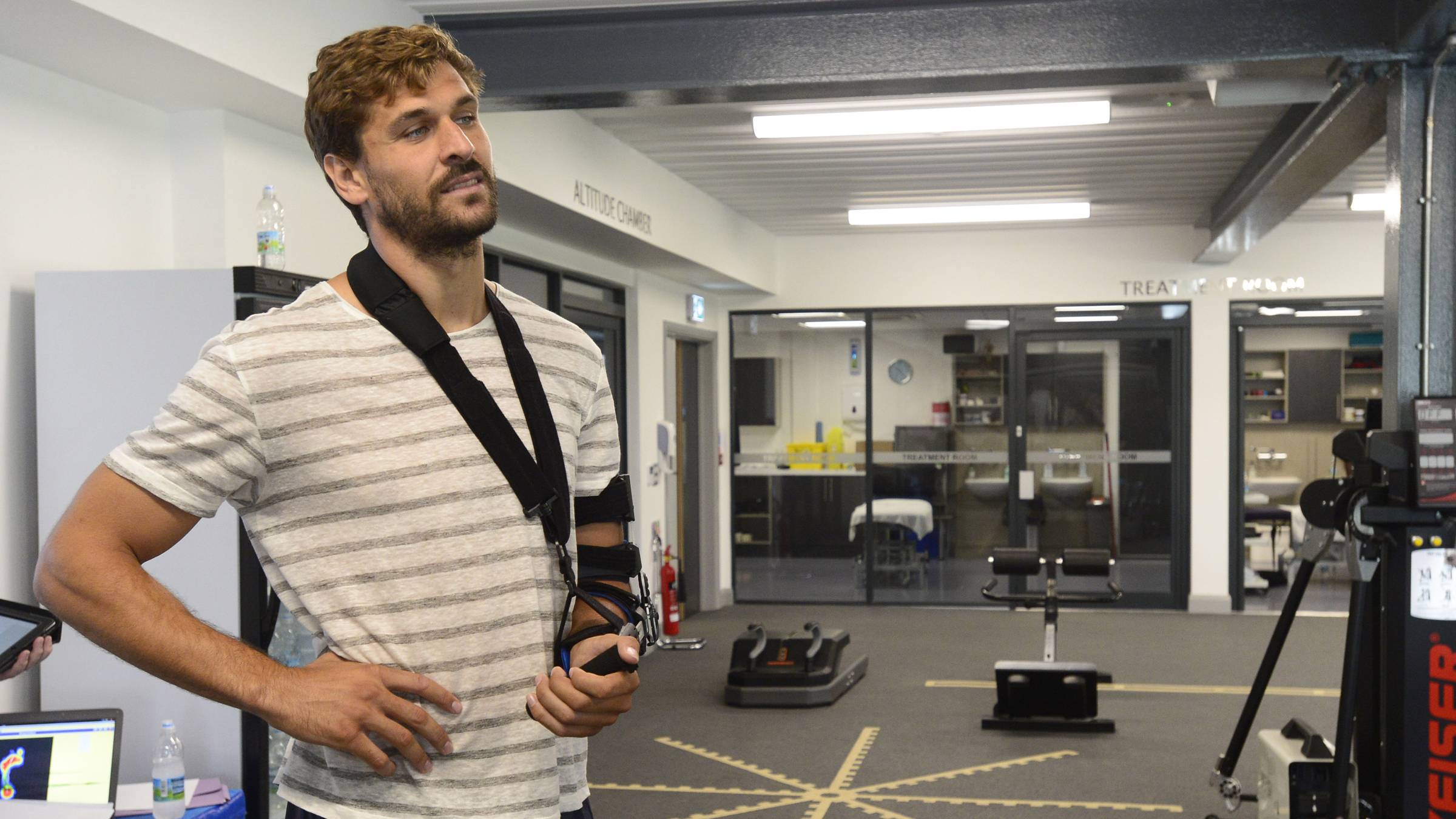 Fernando Llorente will miss Swansea City’s tour of America because of his broken arm – but still has a chance of being fit for the opening day of the new season.

The Spanish international striker will be left behind when Paul Clement’s men jet off for a 10-day trip to the States tomorrow.

But Llorente will continue to do work on his fitness at the Swans’ Fairwood training base while his team-mates are away.

And last season’s top scorer may be able to play some part when the Swans kick off 2017-18 with a trip to Southampton on August 12.

Llorente, who suffered the fracture in a cycling accident while on holiday, received some positive news on the injury earlier this week.

“Fernando still has his arm in a brace and he is unable to move it,” Clement said.

“But he had another X-ray on Monday which showed the bone is healing well.

“We need him to keep it in that position for a further week and then he will be X-rayed again.

“If it’s okay, he can begin to move it a little bit more at that point.

“But there is no point him coming to America. There is work he can do, but it’s better for him to use the facilities we have got at Fairwood. He can do one-to-one work there while we are away.”

Clement hopes the 32-year-old will be a key man at the Liberty once again in his second Premier League campaign – but admits he will not be firing on all cylinders right from the outset.

“This is a period where we have to be very careful that Fernando is not moving the arm,” the Swans manager added.

“It’s difficult to know at this stage exactly when he will be fit to play.

“There is a chance that he could make the first game of the season, but I don’t think he will be in the kind of shape the rest of the squad will be in because they will have done six weeks (of training) and he potentially will only have done two.

“We have to see. It’s not impossible that he could be ready for the start of the season.”

As well as Llorente, Jordan Ayew, Oli McBurnie and new signing Tammy Abraham are options up front for Clement heading into the new season.