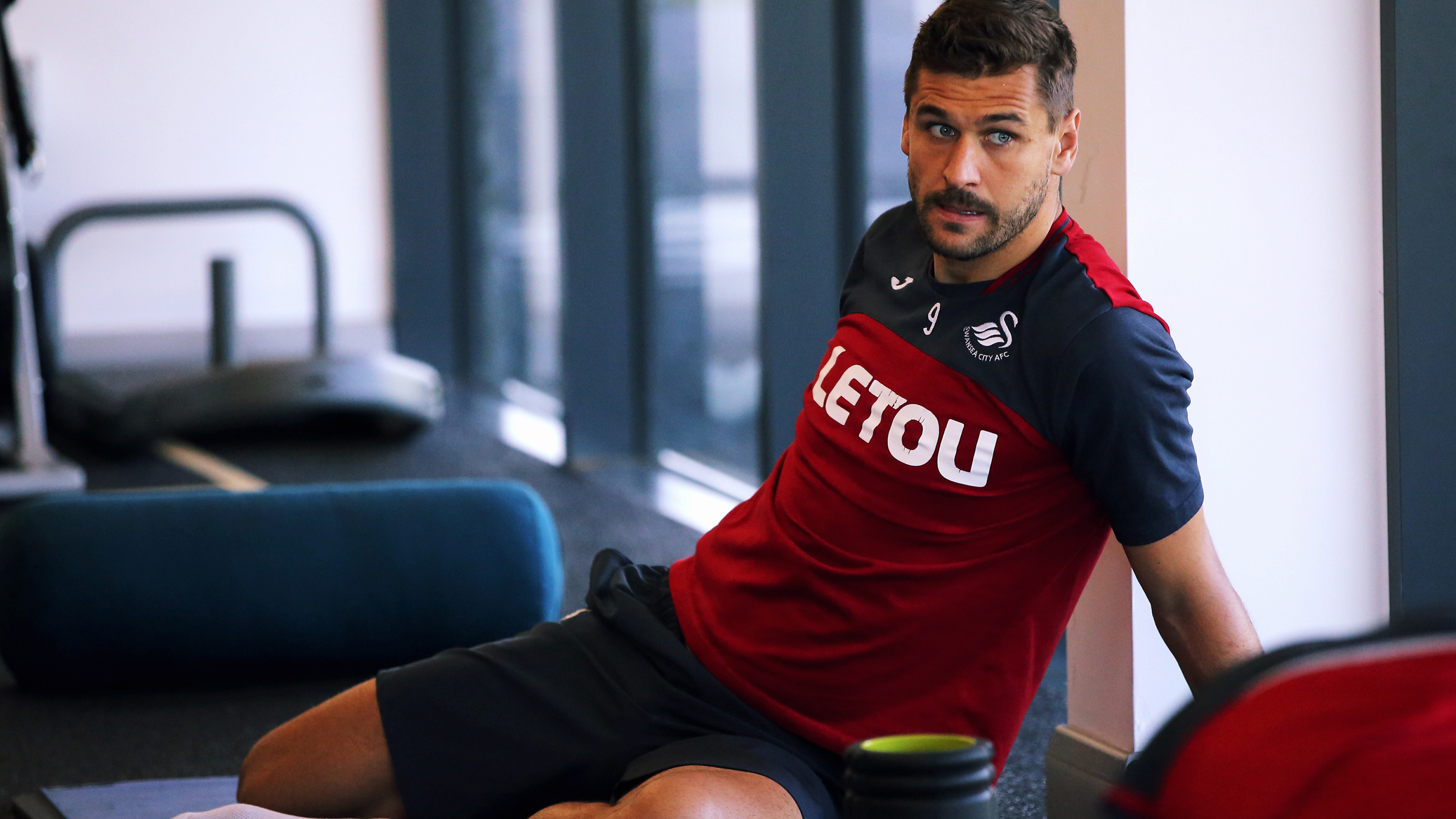 Llorente to step up comeback bid

Fernando Llorente is poised to return to full training after being given the all-clear following his broken arm.

Last season’s 15-goal Swansea City top scorer has been able to do only limited work during pre-season after suffering the fracture in a cycling accident while on holiday.

But he is now set to rejoin his team-mates as he builds towards a playing comeback.

“He had a final X-ray on Wednesday which showed the bone is now healed.

“I anticipate he will join team training after this weekend.”

With Llorente missing, Tammy Abraham, Jordan Ayew and Oli McBurnie will provide Clement’s options up front at Southampton this weekend.

It could be that the Spaniard also misses the Swans’ opening home game of the season, against Manchester United in nine days’ time.

“I think Manchester United will be tight (for Fernando),” Clement added.

“But possibly we will have him back the following week.”