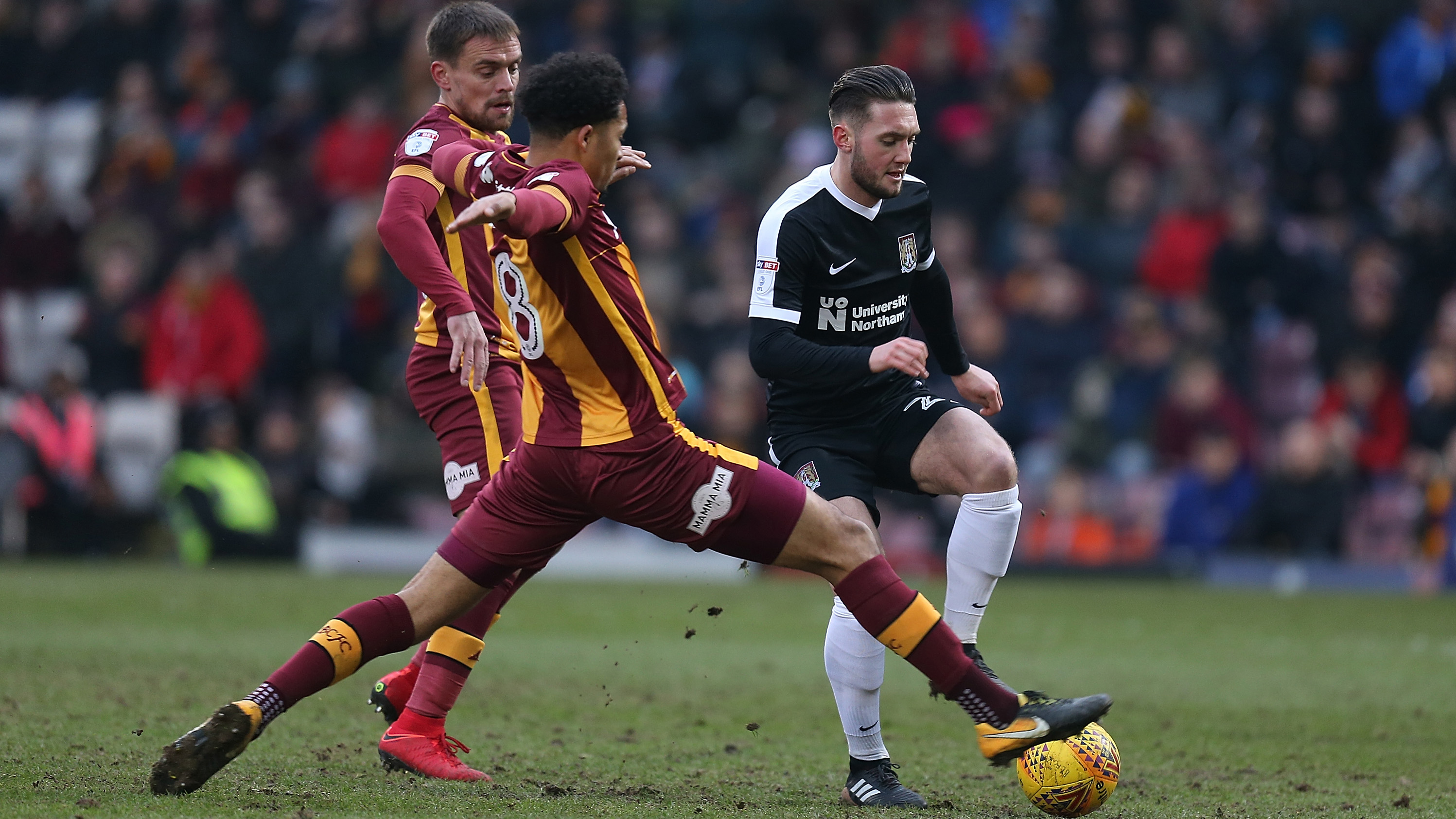 The deadlock was broken in the 43rd minute when Grimes' pinpoint corner met the head of John-Joe O'Toole, and he put the visitors ahead at Valley Parade.

Chris Long doubled the lead before Paul Taylor bagged a late consolation, but Northampton held on for the three points.

The Cobblers boosted their survival hopes in League One with this win, though they remain in the relegation zone via goal difference.

Tyler Reid made his professional debut as he came off the bench in Newport County's win at Grimsby Town in League Two.

The right-back, who joined the Exiles earlier this month on loan for the rest of the season, was introduced for the last six minutes as Newport held on for a 2-1 win at Blundell Park.

Michael Flynn's side sit two points outside of the play-offs ahead of Friday's home clash with Crawley Town.

In La Liga, neither Jefferson Montero or Borja featured as their respective clubs met at the weekend.

It was Montero's Getafe who picked up the points, though, with Malaga beaten 1-0 at Coliseum Alfonso Perez.

Defeat leaves Malaga above bottom spot only through goal difference while Getafe move up a spot to 17th.

In Scotland, Ryan Blair was an unused substitute as Falkirk won 1-0 at Morton.

Blair is back at the club where he started his professional career, having signed on loan for the Bairns for the remainder of the campaign.