Matt Gill | We have to be ready, they are desperate for a victory

Matt Gill has warned Swansea City they must be prepared to match the efforts of a Peterborough side desperate to avoid Championship relegation tonight (7.45pm).

They take on a Posh side who currently sit bottom of the pile in the second tier, but who are still within tantalising sight of safety as the season enters its final furlong.

Grant McCann’s side picked up valuable draws against Bournemouth and Stoke in their previous two games, and Swans technical development coach Gill is well aware of what awaits them.

The former midfielder started his career with the Cambridgeshire club and made over 170 appearances for them over two spells, including helping them to Third Division play-off success in 2000.

“They are making a real fist of it. Grant is someone I know well. He was probably hard done by at Hull after doing a really good job there,” said Gill.

“Seeing how they have been since he has gone in, they should probably have had a win in their last two games.

“Two points is the least they would have expected from how they played really, so it is going to be a very tough game.

“It is somewhere I know really well, hopefully I’ll have the chance to bump into Barry Fry at some point because he gave me my debut a long time ago, but it is going to be tough.

“They are fighting for their lives so both teams will be pushing for the win.”

For Gill and his fellow members of Russell Martin’s coaching staff, the end of their first season at Swansea is looming into sight.

It has inevitably been a transitional season given their late arrivals in SA1, and the desire to overhaul the identity and style on and off the pitch.

Gill is aware that supporters may feel frustration at a season that has had highs and lows, but he has every confidence the Swans are heading in the right direction in the medium to long term.

“We know it's a challenge. We’re going to have to do things in a different way in terms of the style, developing players and getting value in the squad," he added.

“Russell has made it obvious to everyone where he wants to go with this club. That’s where I think the fans have been great. It’s a different club now to what it has been previously, and that’s why their patience and support has been so good.

“The support we’ve had since we arrived has been outstanding. Saturday, before the game at Blackpool, was an outstanding feeling.

“We finished the warm-up with a bit of shooting, and it just felt that they were so supportive of us. That can take you a long way. That patience will hopefully get rewarded.” 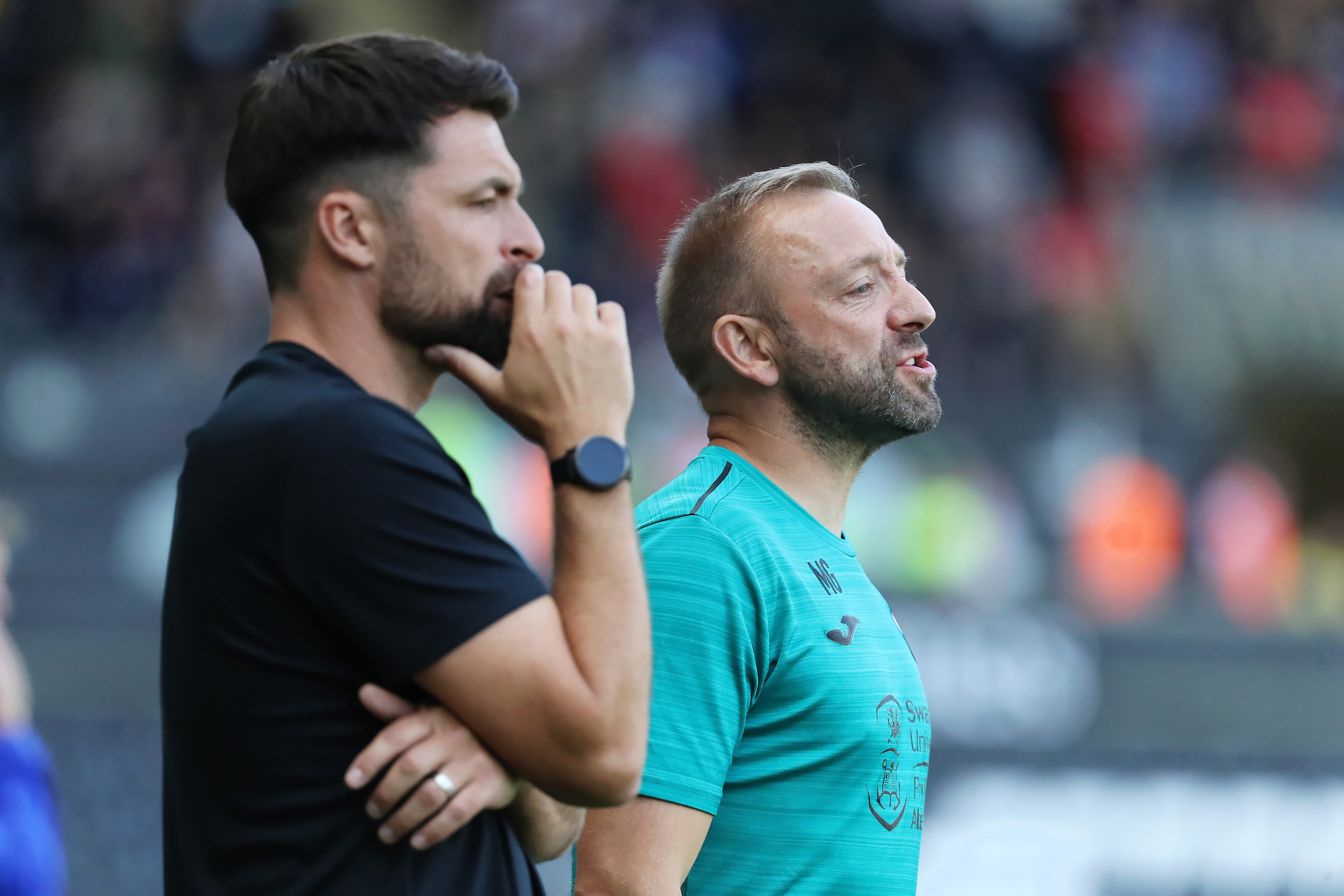 Matt Gill | We want to finish this important period strongly

Matt Gill wants Swansea City to make sure they build on their recent form by finishing off a key period strongly ahead of the World Cup break. 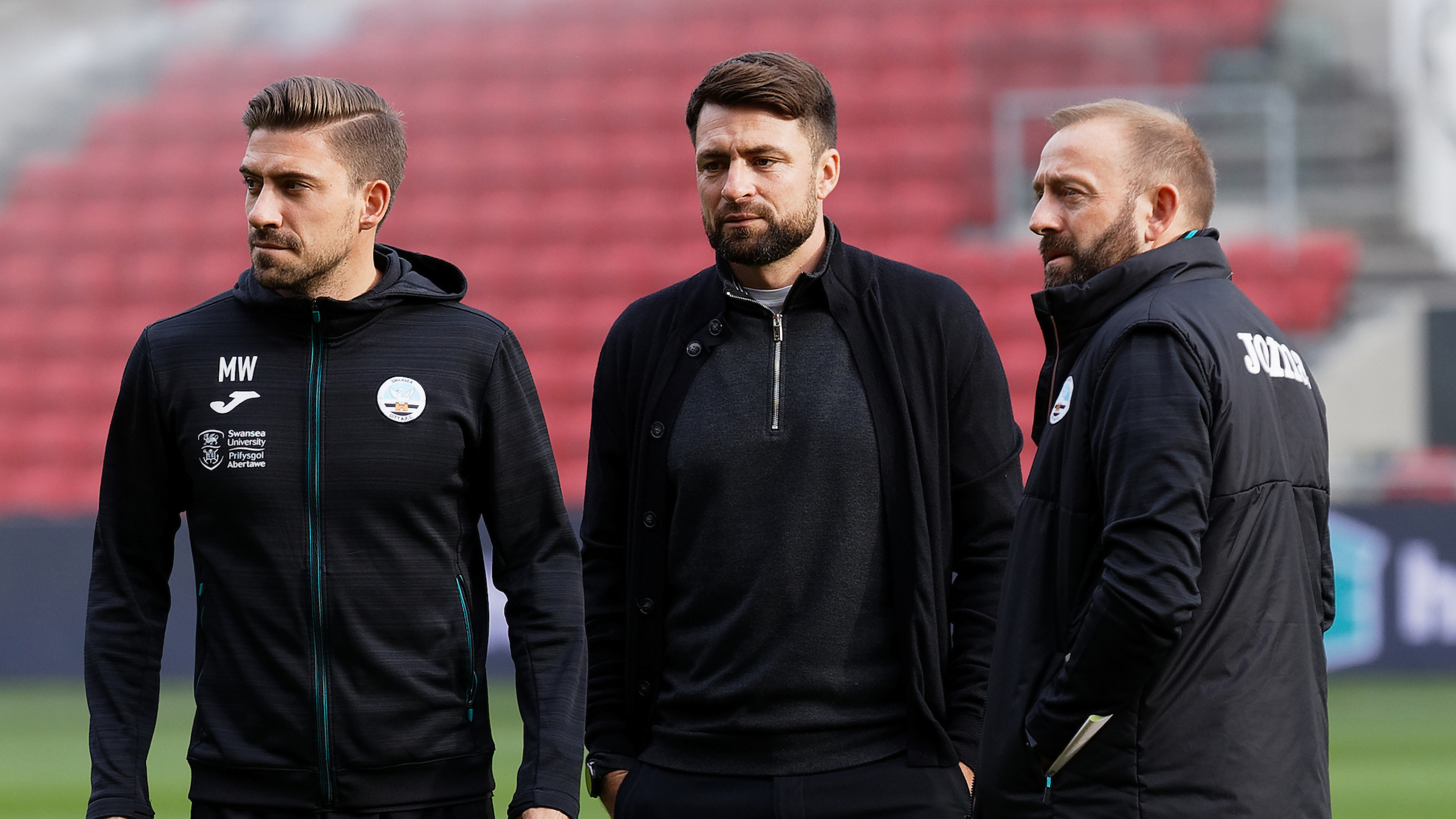 Assistant head coach Matt Gill says Swansea City will need to manage their squad as they prepare for four games in just 11 days to round off the Championship schedule before the World Cup break. 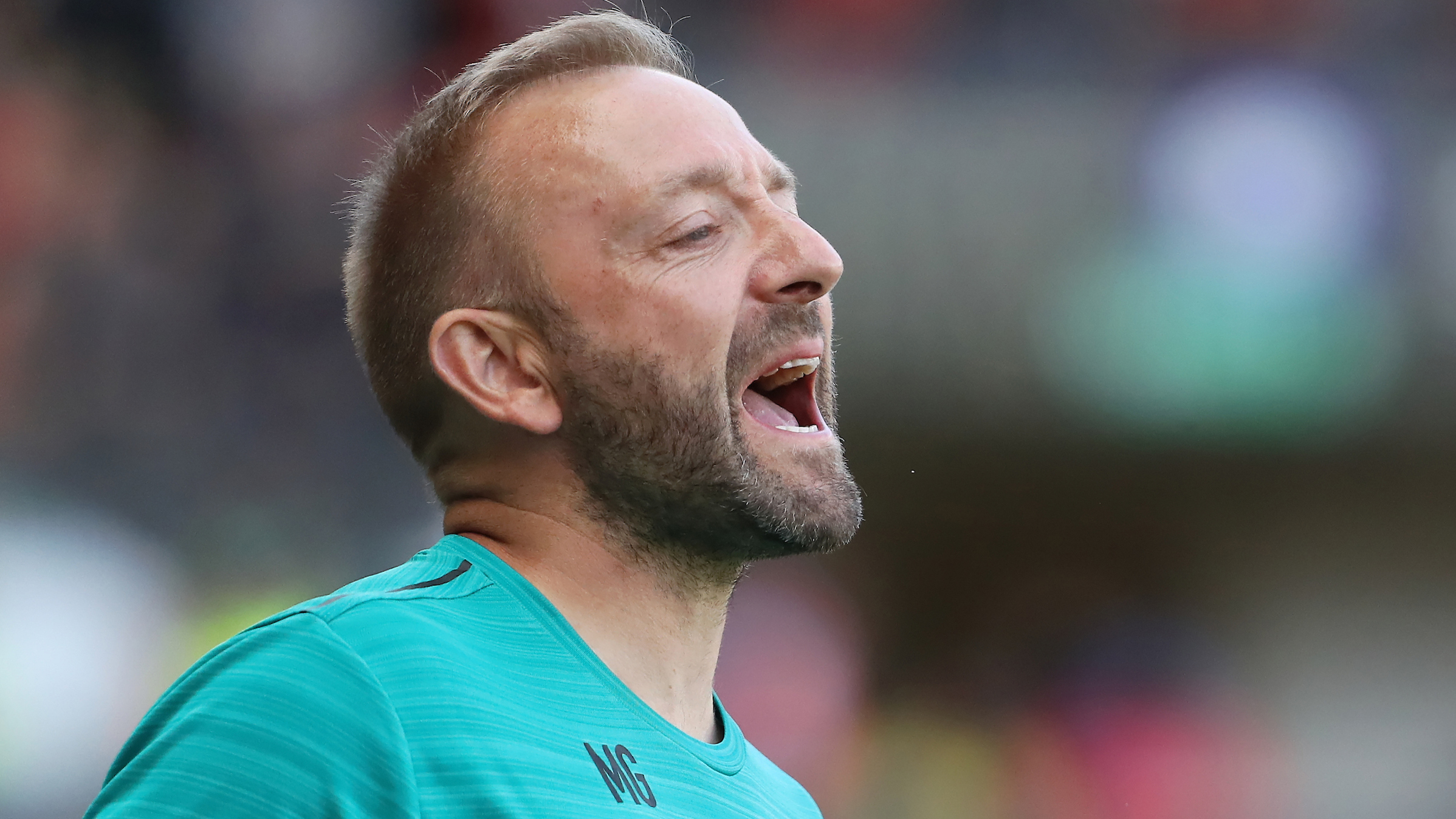 Matt Gill has backed Swansea City to once again show their resilience and find the right response when they face Reading this evening (7.45pm).