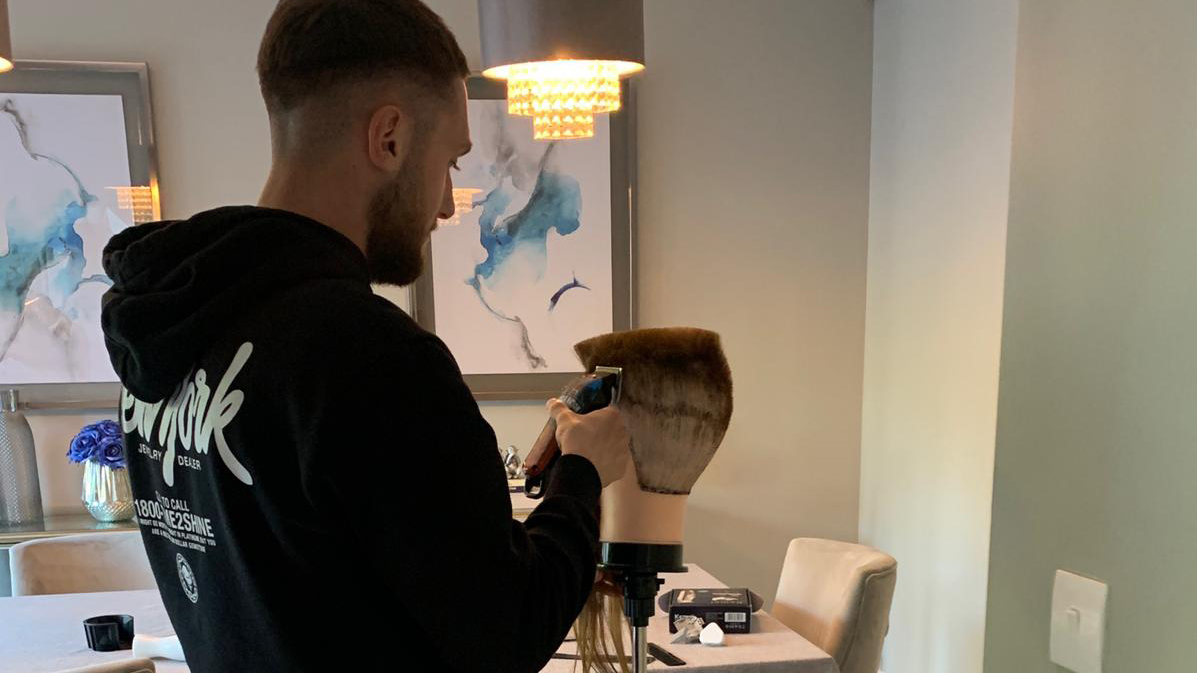 Matt Grimes | A Cut Above

Swansea City captain Matt Grimes has gone from slicing passes through opposition midfields to cutting his way through everything from fringes to mullets during the enforced break from football.

With the season suspended indefinitely, most footballers around the country have been working to individual training plans to allow themselves to be in the best possible shape whenever action resumes.

But it has also given many time to follow other pursuits.

For Grimes, the unexpected break has presented him with the perfect opportunity to actively pursue his hobby away from the field.

The central midfielder is currently participating in an online barbering course run by his local barber Matt Guerin, spending three hours a day honing his skills with the scissors and learning and practising different techniques on a provided doll head.

Grimes is the latest Swan to reveal his unique interest away from football after Connor Roberts took us into his woodwork workshop a few weeks ago.

The extent of the 24-year-old’s passion for barbering is evident by the fact that while still in the early stages of his football career, he already has a good idea of the avenue he would like to explore after hanging up his boots.

“My barber teaches an online class to people throughout the year. He’s currently running one on Zoom with me and a couple of other lads,” said Grimes.

“Every morning, he teaches us the techniques and we attempt to apply them on our doll heads.

“We started off doing long hair, then into medium hair and mullets. We are now doing medium swooped hair and will go into shorter cuts next week.

“Obviously, the hair on the doll doesn’t grow back so you learn all the techniques with long hair, shorten it up, then do the same for medium and shorter hair.

“Because I’ve had that many haircuts, I’m quite inquisitive about how they do it. I started off asking my barber questions about how he did things.

“It’s something I’d quite like to do after football so, while we’re in lockdown and not training, I thought I’d start it up.”