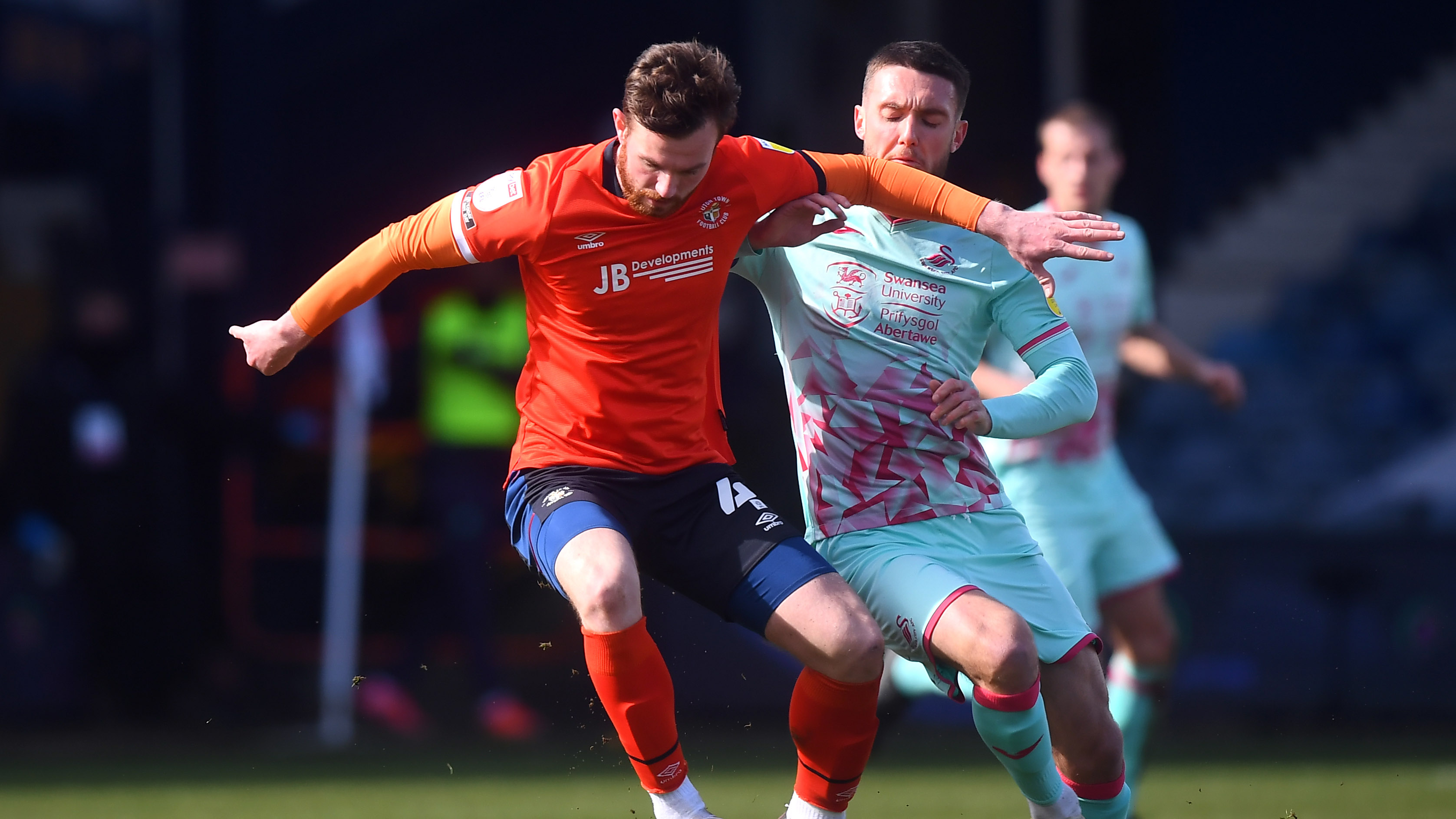 Matt Grimes | It's not about any other team, it's down to us

Matt Grimes says it is up for others to worry about permutations and equations, all Swansea City have to do is focus on taking care of their own business.

The Swans recorded a 20th win and 18th clean sheet of the season as Conor Hourihane’s fifth goal of the season sealed a 1-0 victory over Luton Town at the weekend.

The result briefly moved the Swans into the automatic promotion places, until Watford’s win at Cardiff later in the day.

Steve Cooper’s side currently sit third in the table, only behind the Hornets on goal difference, with a game in hand.

But, with 11 games to go, skipper Grimes knows the Swans have to keep the focus on their own form, not that of others.

“I mean people mention stuff like other teams doing us a favour or results going for or against us, but I don’t think you can spend your time worrying about what other teams are doing,” said the midfielder.

“You cannot do anything about that, what you can do is control what you are doing.

“We are in a great position and, if we take care of the business ourselves then anything can happen.”

It’s another quick turnaround for the Swans, who face a third long away trip in successive fixtures when they travel to take on Bournemouth on Tuesday night.

But Grimes says there will be no excuses for the visitors.

“The schedule is what it is, I feel fine myself. We are football players, and we want to be playing football. That’s the job,” he said.

“Every team in the league has to deal with the same sort of thing this season, so the focus has to be on ourselves and taking one game at a time.

“You tick them off and aim to get more results like at Luton."