Matt Grimes says the new arrivals at Swansea City mean there is a real buzz of excitement around the squad as the new season draws ever nearer.

Swansea will kick-off their competitive action in the 2020-21 season with a Carabao Cup first-round tie at Newport next weekend, before heading to Preston a week later to begin their Championship campaign.

There will be a number of new – and more familiar faces – for Steve Cooper to call upon, with Korey Smith, Freddie Woodman, Morgan Gibbs-White, Marc Guehi and Jamal Lowe all having signed on for the new season.

The quintet of summer captures has been welcomed by a fanbase buoyed by such a strong finish to the elongated 2019-20 season, and Grimes admits that sense of excitement is mirrored within the Swansea squad.

“It’s great to see new faces coming in, it’s always good to welcome in new faces and new players, particularly when they are of the calibre we have seen so far,” said the midfielder.

“We have some players back who did well last year, and new signings who I’m sure are going to add a lot.

“We have someone like Freddie back, who we know is a quality keeper.

“He’ll say it himself, but he comes back to us a much better keeper than he was a year ago and he is well set to hopefully have another good season.

“But we have added experience too. I played against Korey only about a month ago. He is a top player, he knows the Championship inside out.

“He brings experience and leadership, but he is also a quality player.

“I’m looking forward to playing with him and making sure he gets settled in and integrated, the same as with all the new signings.” 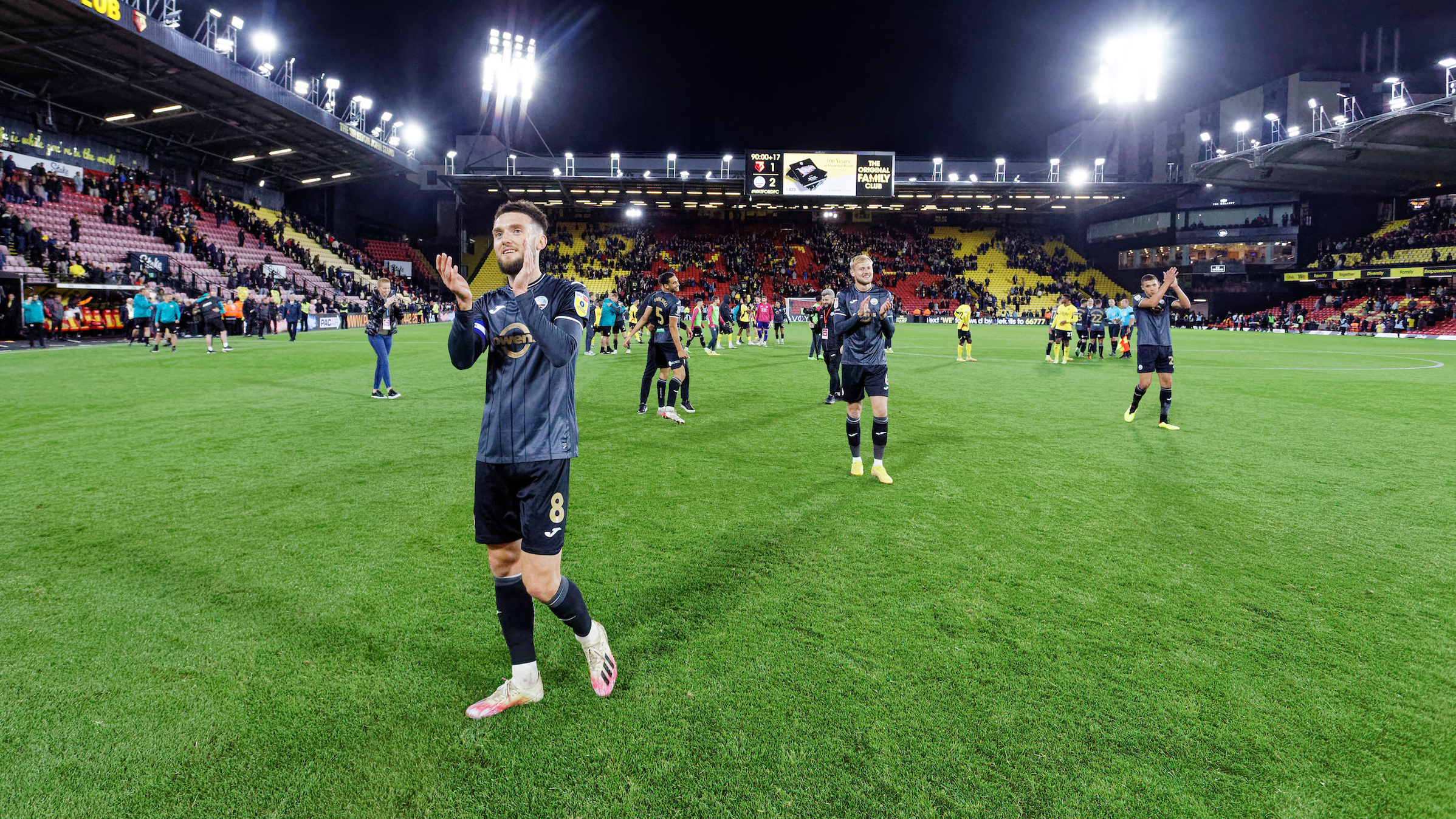 Matt Grimes believes Swansea City's victories over West Brom and Watford have shown they can mix it with any team in the Championship, and the skipper has urged his side to push on as they prepare to host Sunderland.