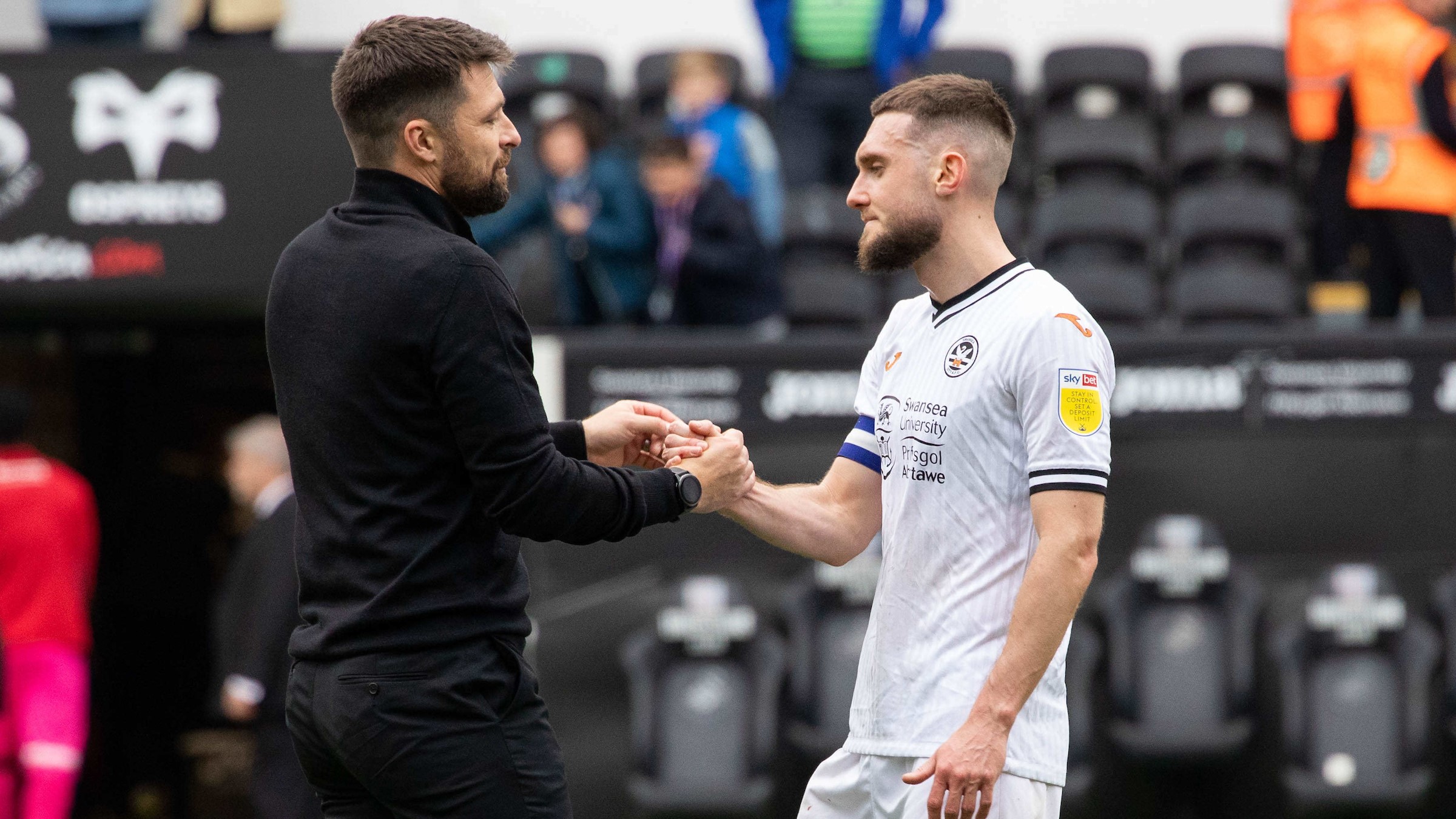 The skipper said he and his team-mates bought into Martin’s philosophy immediately as they moved to a possession-based style of football at the start of the 2021-22 season and the 26-year-old hopes everyone else is starting to believe in the process too.

Swans had a difficult start to life last term, but ended the campaign with the highest possession stats, and most passes in the league. They also scored more league goals than in the previous campaign and throughout March and April were one of the in-form teams in the division as a season of hard work began to show its worth.

Martin was appointed less than a week before the opening game of 2021-22, and had to juggle injuries and covid cases in the squad as he looked to implement his style of play.

“I was actually not in the first team meeting with the gaffer because I had covid,” explained Grimes.

“But I said to the manager the first time I sat down with him that I remembered seeing an interview with him at MK Dons. [Plan B is to make Plan A better].

"They’d lost the game, and people were saying there’s no plan B, but what people mean by that is stick someone up top and launch it to them.

“If you don’t work on that all week, what’s the point in doing it? I understand it’s the last minute and you want to get bodies up and throw the ball forward, but the gaffer’s philosophy and ideas – there’s no way he’s budging on any of it.

“Everything he spoke to me about – how he feels I can improve, how he wants me to play, my role within the team – I just bought into everything like you would not believe.

“I feel like people now are seeing what I saw right at the start.

“I know this season has been a bit topsy-turvy. There have been some results that have been atrocious and I can only apologise to the people who came to watch because we don’t want to put on performances like that.

“We’re nowhere near the finished article, but if you look how far we’ve come since the Blackburn game and if you give yourself another year or even another season after that.

“I hope that people can see what we’re building here because it is going to be so special.”

Taken from Picture This with Matt Grimes, click HERE to watch the video.