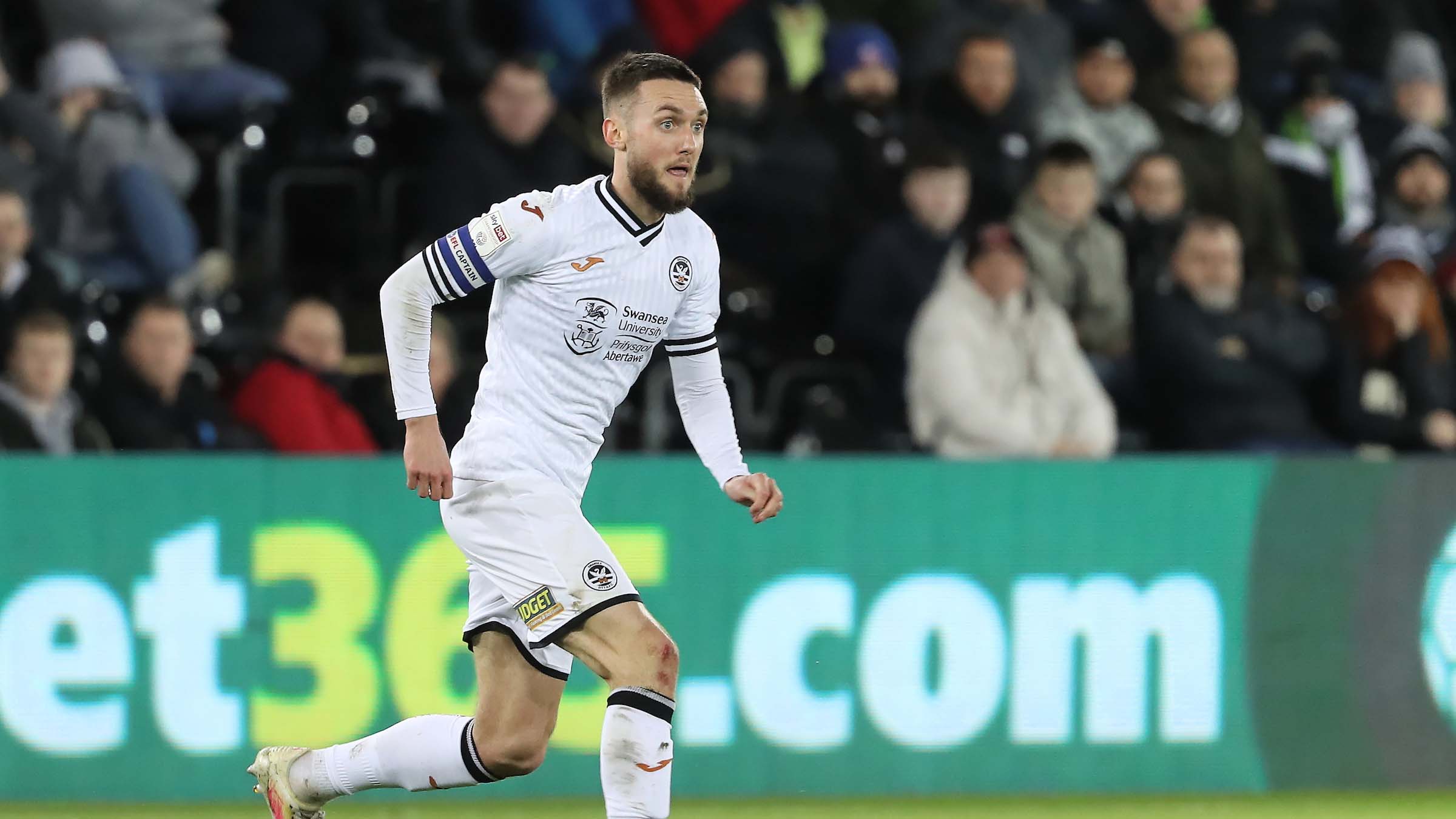 Matt Grimes | We are well aware of the derby's importance

During any campaign, the two derbies are the games fans look for on fixture release day, and they are special occasions within the Welsh sporting calendar.

Since joining the Swans in 2015, Grimes has played in five derbies and knows all about the emotions the game generates.

He has no doubt everyone in Swansea colours understands the importance to the club and the city from the second they sign.

And the Swans players are relishing the opportunity to make history and claim the bragging rights by completing a derby double this weekend.

“As soon as you sign for this club, you know the significance of the derby,” said Grimes.

“The players, the staff, everyone around the city makes sure the players know about it as soon as they come here, I think.

“Cyrus [Christie] has spoken about being here a matter of months and he already knows how huge it is.

“You don’t really have to try and get people to know about the game or get people up for it because they know as soon as they sign here that this is a big one.

“Everyone’s pulling in the same direction, everyone wants to win the game. All the players hear the same thing from fans: make sure you win at the weekend.

“It’s about bragging rights for both clubs and you want to be on the right side of it.

“There’s so much riding on it for both sets of fans and both cities. The magnitude of the game, and the fire in the belly from both sides means you go into the game knowing anything could happen.”

It’s not just fans and staff who are focusing on the derby, with two high-profile Wales internationals getting behind their respective clubs in the hope of getting one over on each other.

Grimes hopes that it is his former colleague who is smiling come Saturday evening.