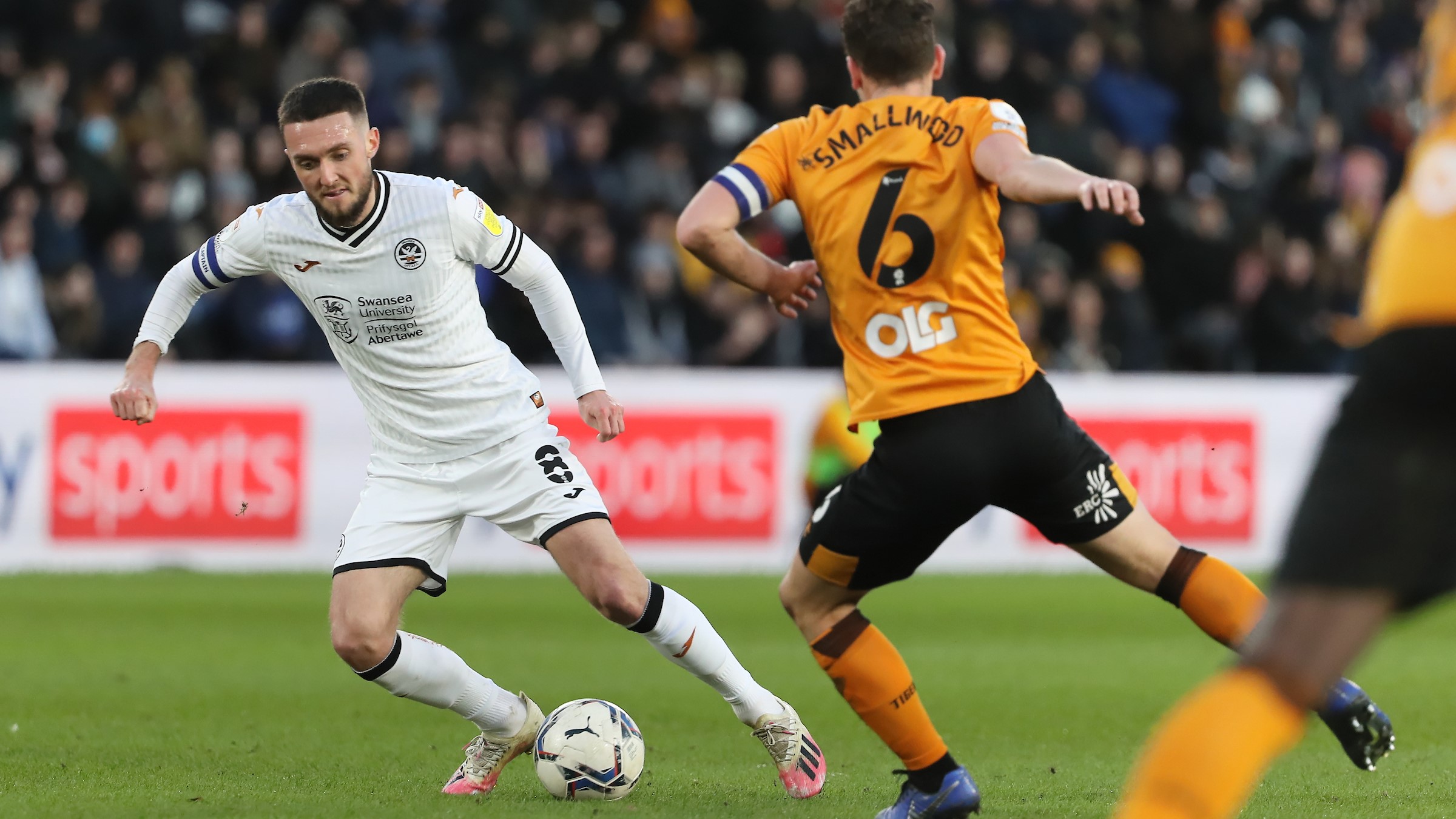 Matt Grimes | We have to respond

The Swans left themselves with a mountain to climb after conceding twice in the opening 17 minutes on Humberside, with goals from Tom Eaves and Keane Lewis-Potter giving the hosts a comfortable lead.

Despite an improved second-half performance, the early goals proved enough for the hosts to take all three points.

“It was really disappointing, I thought we were much better in the second half than the first half,” said Grimes.

“It’s been a pretty tough and busy week, and in the end it was just too much to do. Obviously, we improved in the second half, but overall it wasn’t enough.

“It’s not ideal for anyone to drive up such a way for this, so we apologise for the performance.”

With little time to dwell on the result, the Swans face Luton Town on Tuesday evening at the Swansea.com Stadium and Grimes sees it as an opportunity to get back to winning ways.

“That’s the beauty of the Championship, there’s always the opportunity to put things right,” he added.

“It’s going to be a tough game but we have to respond and we’ll look to get back to our regular ways.”