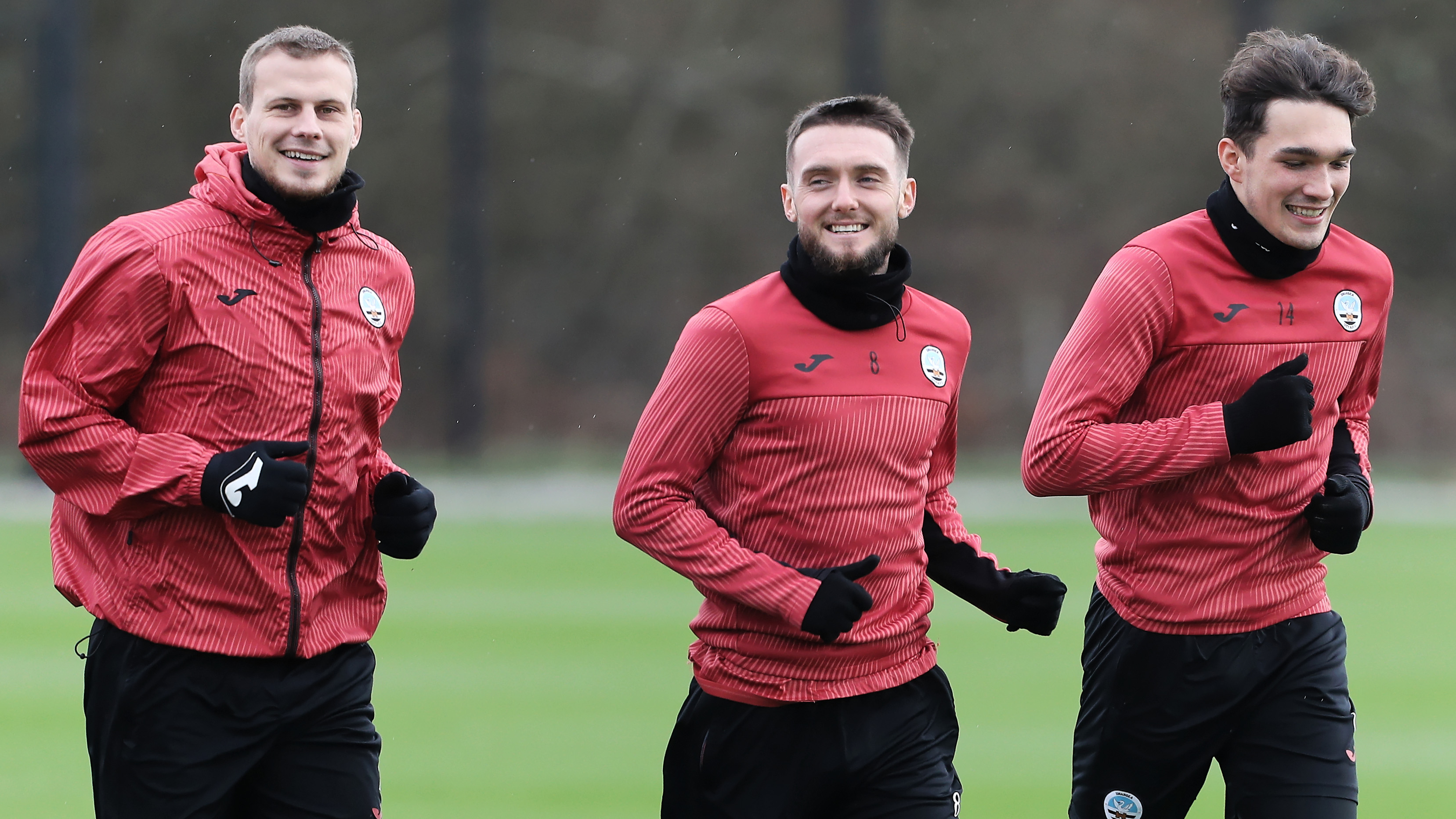 Matt Grimes says Swansea City’s away performances must improve as they prepare for Monday’s trip to West Brom.

The Swans have conceded seven unanswered goals across their past two away matches losing 3-0 to Stoke and 4-0 to Sheffield United either side of an emphatic 3-1 home win over Bristol City.

The Swans had also recently taken points off the likes of Huddersfield and QPR on their travels, but head coach Russell Martin and his skipper have made clear the showings at Stoke and Sheffield United were unacceptable.

Grimes and his team-mates will be looking for a change of fortune as they head to The Hawthorns on Monday night in front of the Sky Sports cameras.

The Baggies have also had a difficult spell, having managed just one win in 12 to fall away from the play-off places, but they still possess a squad littered with top-flight experience and quality.

But skipper Grimes says the focus is very much on producing an improved performance, and there is a real desire within the Swans squad to show the best version of themselves on Monday evening in front of the travelling Jacks.

“We know the Stoke and Sheffield United games were nowhere near good enough,” Grimes said.

“We have to deliver, we’ve been really poor those last two away games and we are really ready to improve.

“It has been recent (in terms of the away form), I don’t think you can say that over the course of the season our away performances have been like that.

“You look at the Huddersfield and QPR games and we went toe-to-toe with two sides battling near the top of the table.

“It is just down to mentality and how much you want to turn up and win the game. You have to be bang at it every single week, without that it falls down.”

Grimes is also hopeful that additional time on the training ground following the postponement of the home fixture against Bournemouth will ensure Russell Martin’s side give a positive account of themselves.

“We’ve been able to train properly as a group for the first time since the Preston game, that just shows that the schedule has been carnage,” he added.

“It is good to get that time on the training pitch to get those reminders, to get back to those key principles in and out of possession.

“It is stuff we have been through, but when you are in a constant cycle of recovering and preparing for games, and you don’t get that opportunity to regularly train it or there is some tiredness and fatigue a lack of consistency can creep in.

“So this has been a good, hard week of training and we are looking forward to Monday, and it will be all about us.

“They have had a bit of a difficult spell too, like I say we have had a good week to refresh and we will look to be the best version of ourselves that we can be on Monday night.”