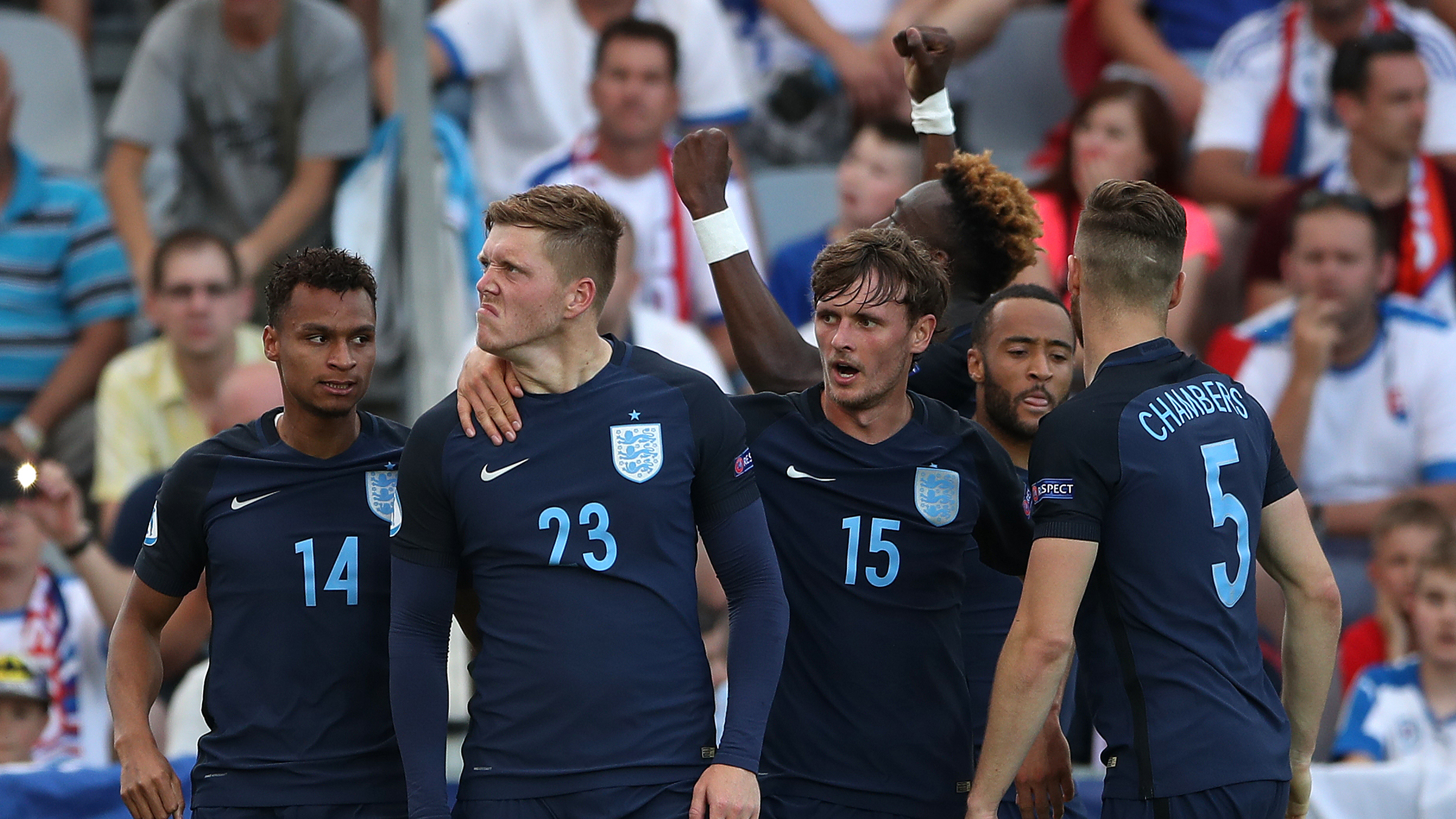 Mawson strikes as England Under-21s close in on semi-final

Swans defender Alfie Mawson scored his first goal for England Under-21s as they came from behind to beat Slovakia at the European Championships.

Trailing at the break, England were back on level terms five minutes into the second half when Mawson scrambled home Jacob Murphy's cross.

Nathan Redmond's strike on the hour gave England a lead they held on to, which moves them onto four points from two games.

Mawson pointed to boss Aidy Boothroyd's half-time talk as a key turning point in the game. He said: "It got a little bit heated, really. A lot of players were frustrated. I was so frustrated about their goal.

"But Aidy was calm and calmed everyone down. We said we needed to man up and do the right thing.

"Credit to us and we did what we needed to do. We don't take it in a negative way. We are all men about it. We could have easily crumbled at 1-0 down but we stood up and passed it with flying colours."

Mawson also played the full 90 minutes of his country's opening game of the tournament, which saw them draw 0-0 with Sweden.

Victory over hosts Poland on Thursday would guarantee England a place in the semi-final.

On the senior stage, Ki Sung-Yueng couldn't prevent South Korea from a 3-2 defeat in Qatar.

He pulled a goal back for his country, who went on to level before conceding again, with South Korea now sitting second in their World Cup Asia qualifying group - one point ahead of Uzbekistan with two games to go.