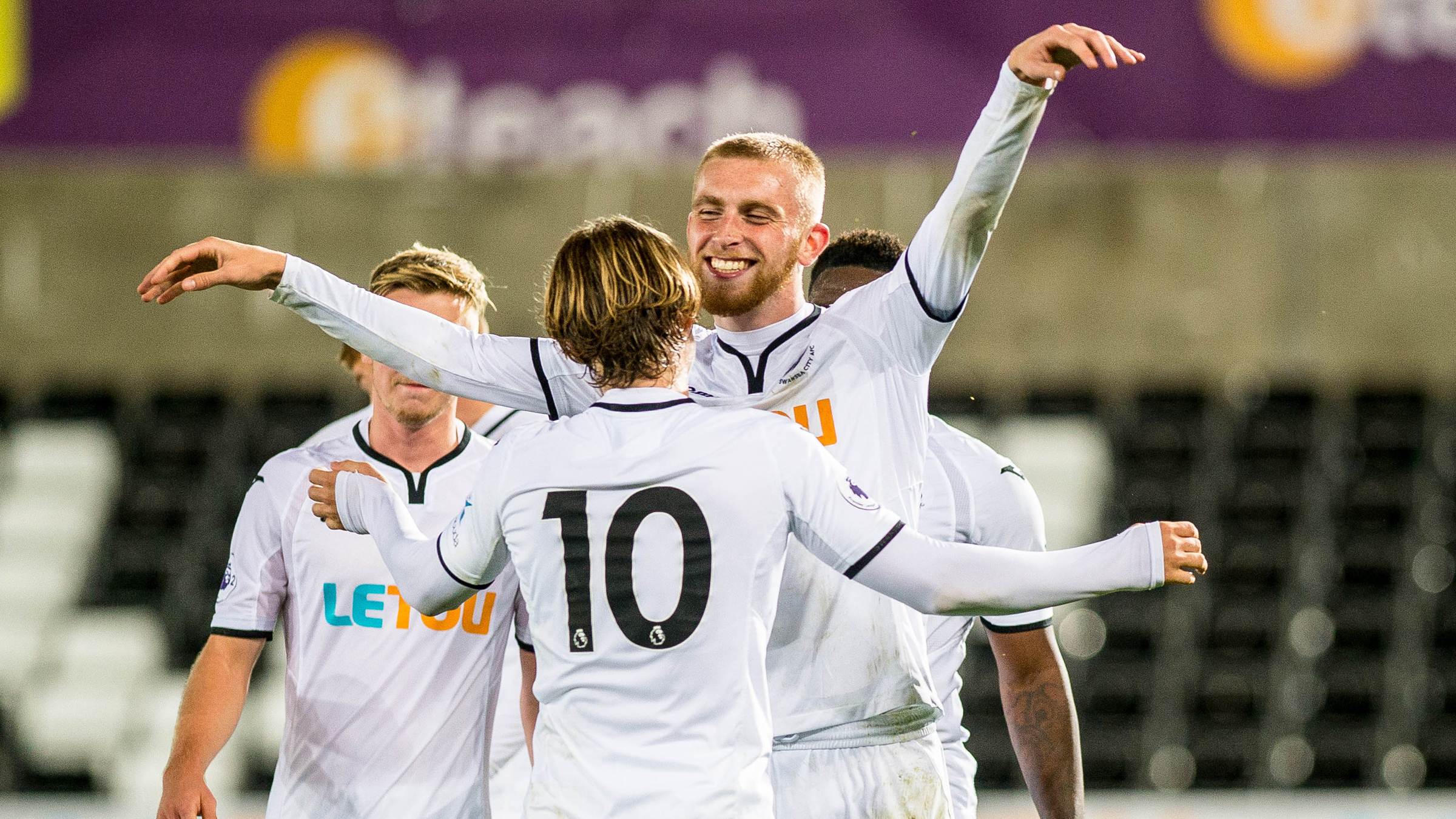 Oli McBurnie believes Swansea City Under-23s have a lot more to offer after clinching their first win of the season in Premier League 2 division 1.

The 21-year-old netted twice alongside Wilfried Bony, Luciano Narsingh and Kenji Gorre as the young Swans delivered an impressive 5-2 win at the Liberty Stadium.

And McBurnie, whose loan spell at Barnsley was cut short last week, believes the victory has given the Swans a shot in the arm.

“It was good to get 90 minutes and a couple of goals under my belt,” the striker said.

“Tonight’s win is a massive boost for us. We have a lot more to show. We know we can reach greater levels if we play the way we know we can.

“We could have scored more goals tonight but we have still come away with a 5-2 victory.

“Derby kept the pressure on and never gave up. They made us step it up a gear to get the two extra goals. We kept on fighting and got the result we wanted.”

McBurnie scored in each half to aid victory, with his first seeing him hold off his marker before firing home from close range while his second was a sublime header from George Byers’ free-kick.

And the striker, who scored 23 goals in all competitions last season, is now looking to continue his form in front of goal after his loan move to Barnsley broke down.

“I am here now and time to crack on and prove what I can do when I get my games,” he added. “I just need to take my chance and score as many goals as I can.”