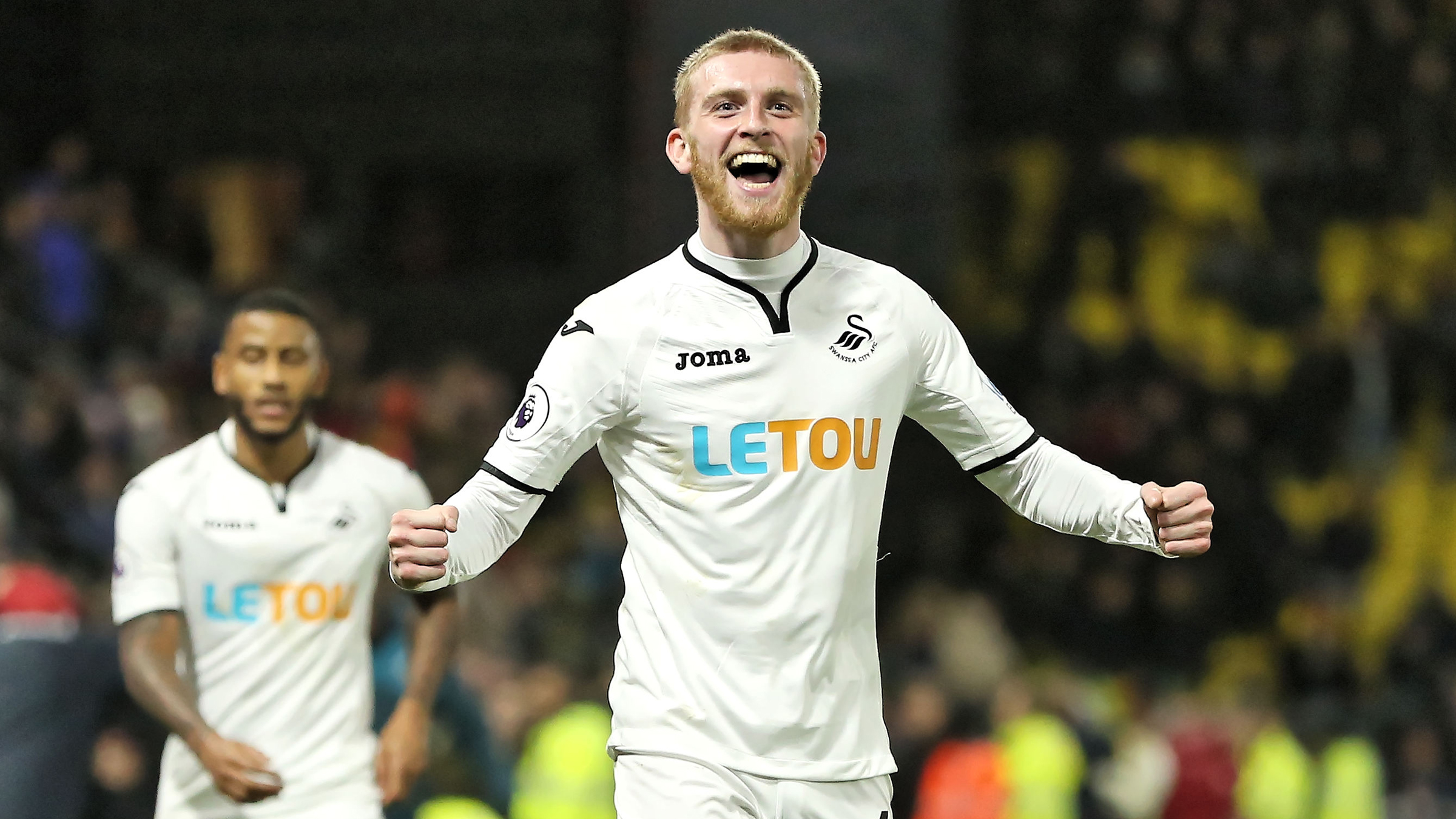 Swansea City youngster Oli McBurnie has joined Championship side Barnsley on loan until the rest of the season.

The striker, who saw a loan spell to Oakwell fall through in August, will link up with a Tykes side which sits 19th in the second tier – one point above the relegation zone.

He could make his debut for Barnsley in their Championship fixture at QPR on Saturday.

“I had a good conversation with the manager (Carlos Carvalhal) and we both agreed that I needed game time. With the options limited here, Barnsley was the perfect club for me to do just that,” said McBurnie.

“It’s taken me five months to get there after the move fell down at the last minute when I went there to sign at the end of August, but at least all the signing photos have already been done!

“It was disappointing to miss out in August, but I’ve had no regrets over the last five months. I’ve made my full Premier League debut and been involved quite a lot in the matchday squads, which I’ve loved.

“But now is the right time for me to try and play week in week out. The manager (Carvalhal) said he saw me as the future of the club (Swansea), but regular game time would be of huge benefit to my development.

“Then, hopefully, after helping Barnsley, I can come back to Swansea in the summer ready to push for a regular place in the Premier League next season.’’

McBurnie has made 18 appearances for the Swans’ first team – scoring twice - and made his first Premier League start in the Boxing Day defeat at Liverpool.

He has lit up the youth scene, scoring 13 goals for the club’s under-23s team.

The Scot joined the Swans from Bradford in July 2015 and has since spent time on loan with Newport and Bristol Rovers.

Swansea City midfielder Ollie Cooper has joined Newport County on loan for the remainder of the 2021-22 season.