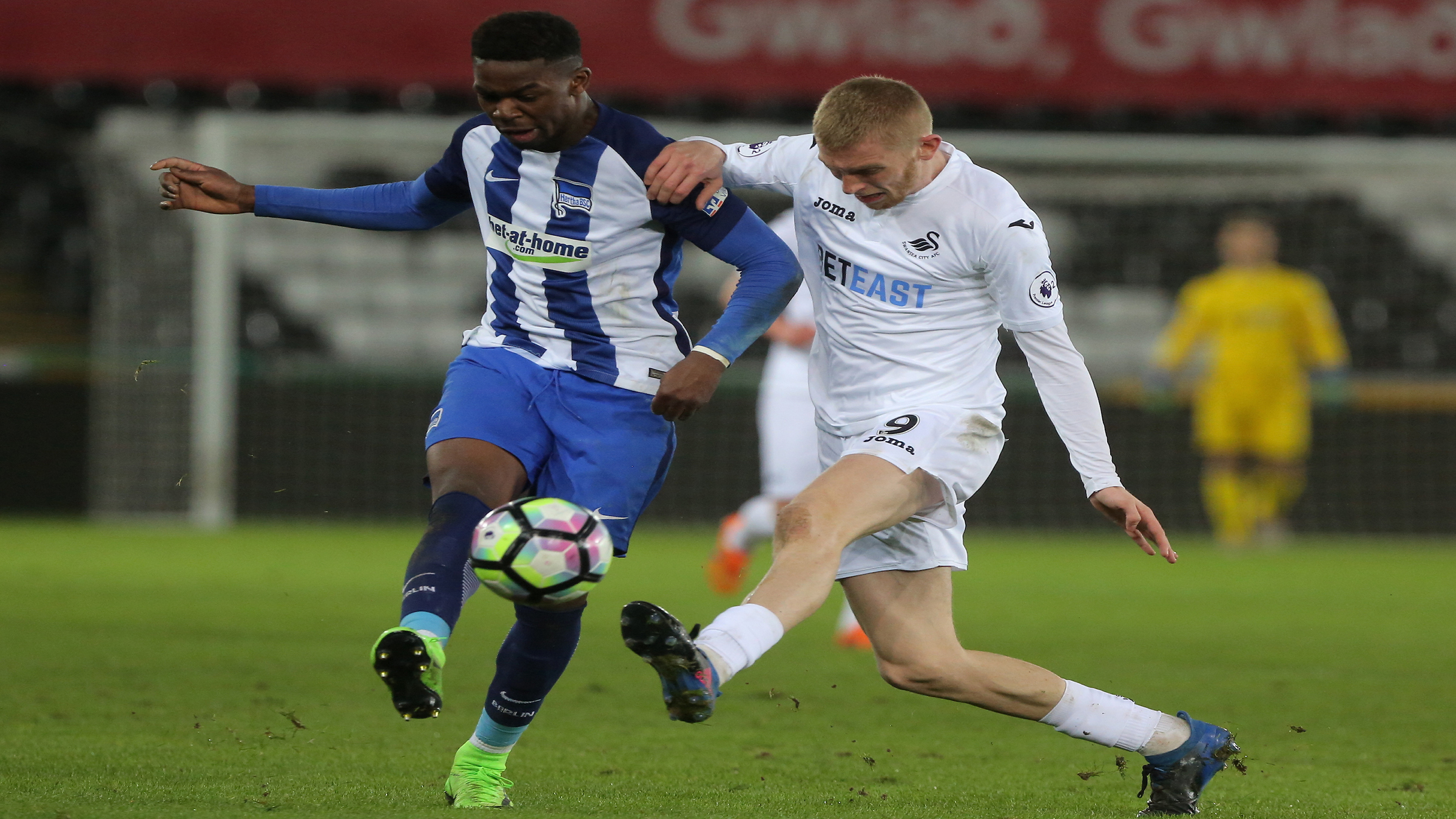 Victory over the Royals would see the young Swans complete a league and cup double in development football this campaign.

The 20-year-old, who has made five appearances with the first team this season, netted an extra-time brace to help the U23s reach the final with a 3-0 win over Portsmouth Reserves.

The striker, who has scored 23 goals in all competitions this season, is hoping to sign off the campaign with a prestigious double.

“We just want to end the season with a bang,” he said. “It has been a long and tough campaign and there would be no better way to top it off than to complete a league and cup double.

“I am pleased with my season in front of goal and I always try and get on the scoresheet, but the main thing Monday is to win.

“I would take a team victory over scoring. But of course, I’ll be aiming to deliver both.”

McBurnie tasted cup success four years ago with Manchester United’s youth team as he helped the side lift the 2013 Milk Cup in Ireland.

But he believes Monday’s final brings a fresh opportunity for his career.

“I have played a couple of youth team level finals, but this will be the biggest of my career so far,” he added.

“It is a massive opportunity for the team as  whole. It will be something we will be able to remember for the rest of our careers. Nothing can top winning silverware.

“Anything can happen in a final but we don’t want to be the side that no one remembers because we lost.

“We have to stay focused, keep playing our way and do what we have done all season, which is to play at our very best.”