After being given his chance to shine and lead the line, Oli McBurnie has thrived in the pressure of joining the list of Swansea City’s number nines.

The striker ended his first full season as the Swans’ first-choice striker with 24 goals to his name.

McBurnie, who joined from Bradford City in July 2015, got his big opportunity this season and proved a key component as the Swans settled back to life in the Championship.

And the 23-year-old has relished the pressure bestowed on him in leading the line.

“It’s been a difficult and challenging season but it’s also been very fun and exciting,” said the Scottish international. 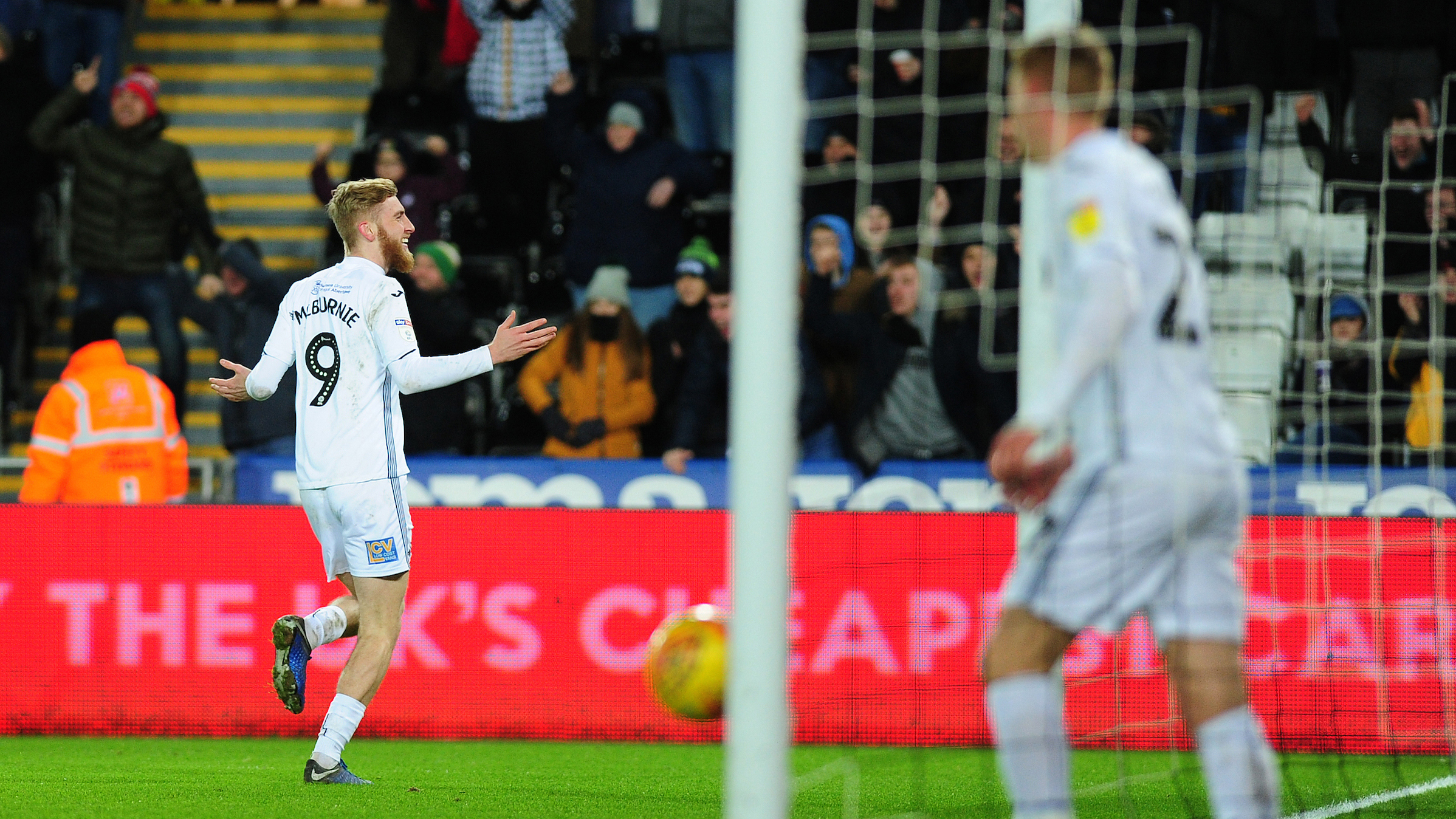 “At the start it was tough because we had a lot of players adapting to a new level, and a new management team looking to impose their ideas.

“But we stuck at it, believed in ourselves and what we wanted to do, and overall it’s been a very positive season on a personal and team perspective.

“Being the number nine for Swansea City and playing first-team football every week has been great for me. And, of course, scoring so many goals has been very pleasing.

“I had big boots to fill because Swansea City has had some great number nines over the years. For everyone to trust me with that number was a huge compliment and boost to my confidence.

“I had to repay the faith, and hopefully I showed everyone that I was the right choice.”