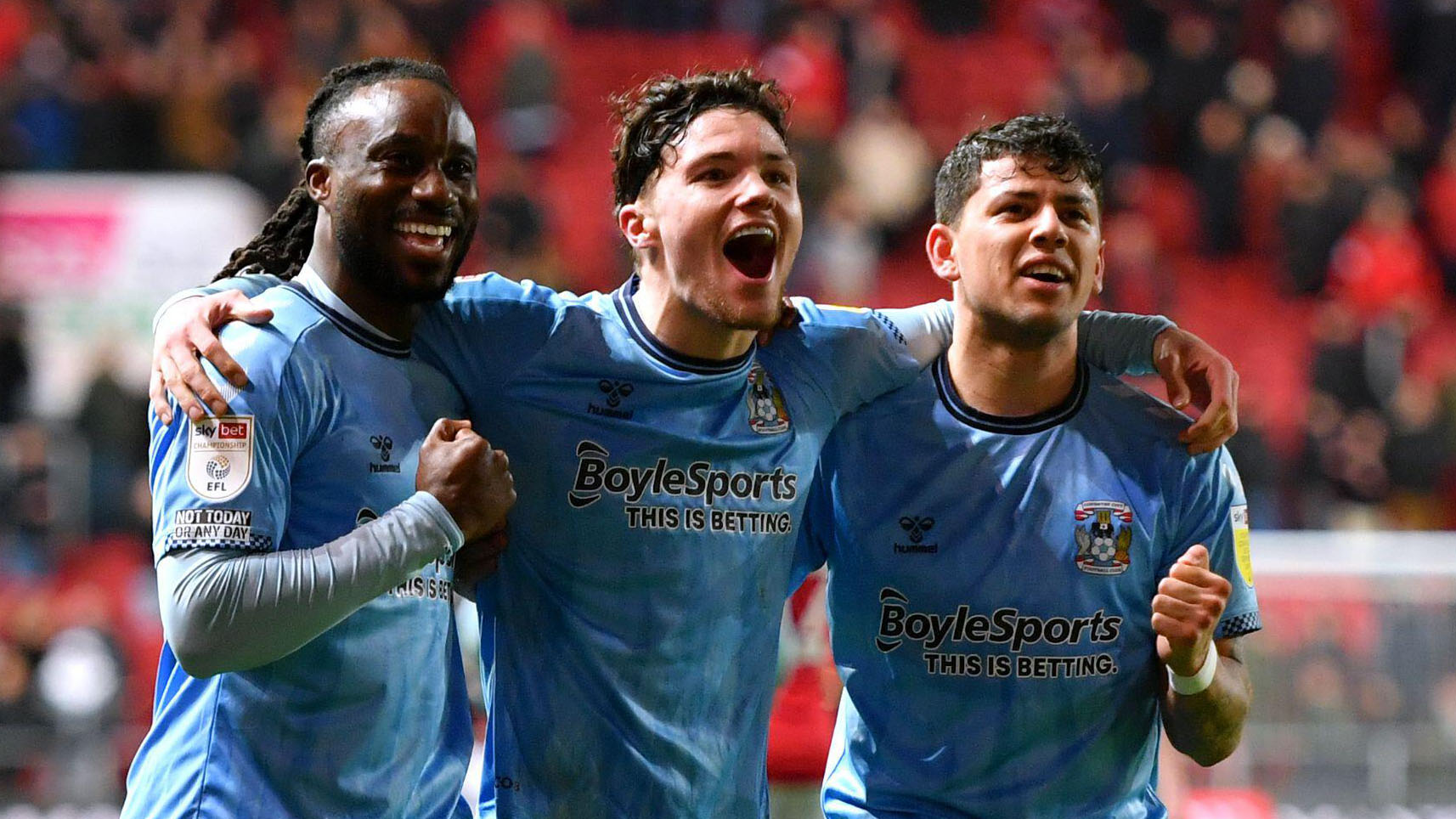 Coventry City are the next side to visit the Swansea.com Stadium to take on Swansea City in the Championship. Take a look at their history and form ahead of this game.

Singers FC was formed in 1883 by a group of men at the Singer Factory Gentleman’s Club, and five years later they changed the team name to Coventry City. After 11 years competing in the Southern League, they were elected to the Football League in 1919.

Between 1925 and 1958, they spent time between non-league and the EFL but, under the guidance of manager Jimmy Hill, they manufactured a meteoric rise in the early 1960s and reached the top tier for the first time in 1967. They remained there for 34 years before relegation in 2001. They dropped to Sky Bet League One just over a decade later and in 2017, they were relegated to League Two.

The appointment of Mark Robbins as manager (for the second time) proved to be a shrewd one. They spent just one season in the fourth tier earning promotion via the play-offs. The Sky Blues went on to become champions of the curtailed 2019/20 League One season on points per game basis.

The club’s only major trophy win came in 1987 when they defeated Tottenham Hotspur 3-2 to win the FA Cup, with Keith Houchen's diving header proving one of the iconic Wembley goals.

Good. The Sky Blues are currently just outside the play-off places and have been pretty consistent all season averaging 1.55 points per game.

Across the season, they have fared slightly better at home picking up the eighth most points at home in the league, while they are tenth in the away table.

In the past 10 games, they have suffered just three defeats while picking up five wins and two draws.

Their never-say-die attitude also meant the Sky Blues were able to rescue a point when they came from behind with goals in the 85th and 95th minutes against title-contenders AFC Bournemouth.

Mark Robins. The 52-year-old came through the ranks at Manchester United and made around 50 appearances for the club before moving on to Norwich City. He played more than 400 games in a 17-year playing career, but is best known for time with the Canaries and Leicester City.

The striker scored more than 100 career goals and took his first steps into management in 2007 when he took the reins at Rotherham United on a caretaker basis. After picking up three wins in six, Robins was given the role permanently and went on to have two successful campaigns with the Millers.

He left to join South Yorkshire rivals Barnsley before heading to Coventry for his first spell in charge of the Midlands club. He helped turn the side from relegation battlers to promotion contenders but soon departed for another Yorkshire side in Huddersfield Town.

In 2014, he took over at struggling Scunthorpe United but was dismissed after only eight games in charge.

He returned to the Sky Blues in March 2017 and guided them to an unexpected EFL Trophy win less than a month later, but relegation to the fourth tier proved inevitable.

However, Robins galvanised the team and led them to promotion via the play-offs with a 3-1 win over Exeter City at Wembley the following campaign.

Two seasons later, he led Coventry to the League One title during the curtailed 2019-20 season to make a return to the Championship.

Who is the captain?

Scottish midfielder Liam Kelly was named club captain in February 2019, however, he has spent much of a frustrating season sidelined through illness and injury and won't feature this weekend.

Kyle McFadzean has regularly worn the armband this season and was skipper in the reverse fixture against the Swans at The Coventry Building Society Arena. The centre-back is approaching 100 league appearances for Coventry and has chipped in with three goals in the current campaign, including one in that defeat to Swansea.

With Coventry’s impressive centre back options, McFadzean has found himself kept out by 26-year-old Michael Rose in recent weeks leaving Dom Hyam to line up with the armband last weekend.

The majority of Coventry’s goals have come from forwards Viktor Gyorkeres and Matt Godden. Gyorkeres’ 13 goals put him fifth among the league’s top scorers while Godden is only just behind on 10.

The latter has been in dangerous form having racked up 10 goals in 18 appearances averaging 0.74 goals every 90 minutes, but he has been sidelined since mid-January after undergoing appendix surgery, although Robins has suggested he is closing in on a return to action.

Much of the Sky Blue’s play comes through Gustavo Hamer who has six assists to his name and has also contributed two goals. Defensively Coventry have been very strong this season with McFadzean, Hyam, Rose and Jake Clarke-Salter the centre back options, while Chelsea loanee Ian Maatsen has been a stand-out at wing-back.

Meet the opposition
Off