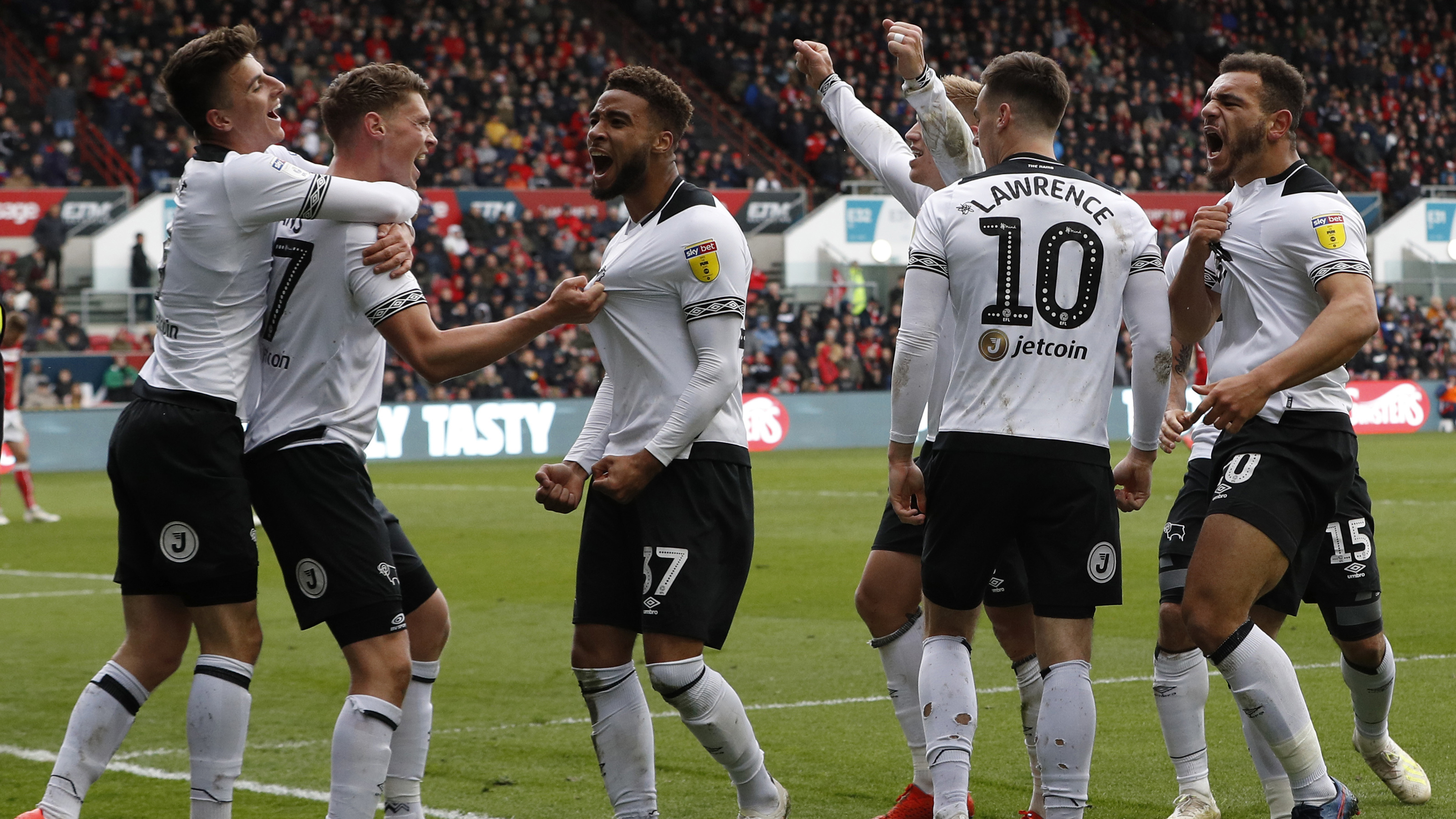 As Swansea City prepare to take on Derby County in their final home game of the season, we have a closer look at the Rams.

The Rams have been in the Championship since a record-low Premier League points tally of 11 saw them fall into the second tier at the end of the 2007-08 campaign.

They have made three play-off appearances since, with their most recent seeing a 2-1 semi-final aggregate loss to Fulham last season.

Derby claimed their FA Cup victory after the second World War in 1946, when they were 4-1 winners over Charlton Athletic.

The East Midlands side also have two First Division titles to their name, with successes in 1971-72 and 1974-75 coming with Brian Clough and Dave Mackay at the helm respectively.

A superior goal difference keeps the Rams in the last play-off spot during the final week of the season, and the visitors will be looking for a strong push to keep them in the driving seat.

Their last fixture saw them run-out 2-0 victors over Bristol City at Ashton Gate in what could be a crucial victory in the final analysis.

That has proven a rare away win, their sole triumph on their travels in their last nine and they have taken just 27 points away from Pride Park - significantly less than their play-off rivals - this season.

However, the Rams have only lost once in their last 10 games, a 2-0 defeat at Blackburn the only blemish on their record since early March.

Frank Lampard. The former Chelsea legend is in his first managerial position with the Rams having taken the job last summer.

A former Swansea player, Lampard made 11 appearances for the South Wales side in 1995-96 during a loan spell from West Ham.

The former midfield maestro amassed over 600 career appearances in the Premier League with Manchester City, Chelsea and West Ham, netting 177 times in the process.

Harry Wilson leads the scoring charts for the Rams whilst on loan from Liverpool, with the Welshman grabbing 16 goals and four assists so far in a hugely-impressive season, including a brace against the Swans earlier in the season.

His compatriot Tom Lawrence also carries a potent attacking threat, while Mason Mount - on loan from Lampard's old club Chelsea - has been excellent in midfield, notching 10 goals and five assists.

Midfielder Tom Huddlestone is another senior figure for the East Midlands' club, while keeper Kelle Roos has been preferred to Scott Carson between the sticks in recent months.

Forwards Martyn Waghorn and Jack Marriott have also eclipsed the 10-goal barrier, with the duo combining for 22 goals and eight assists for the campaign.