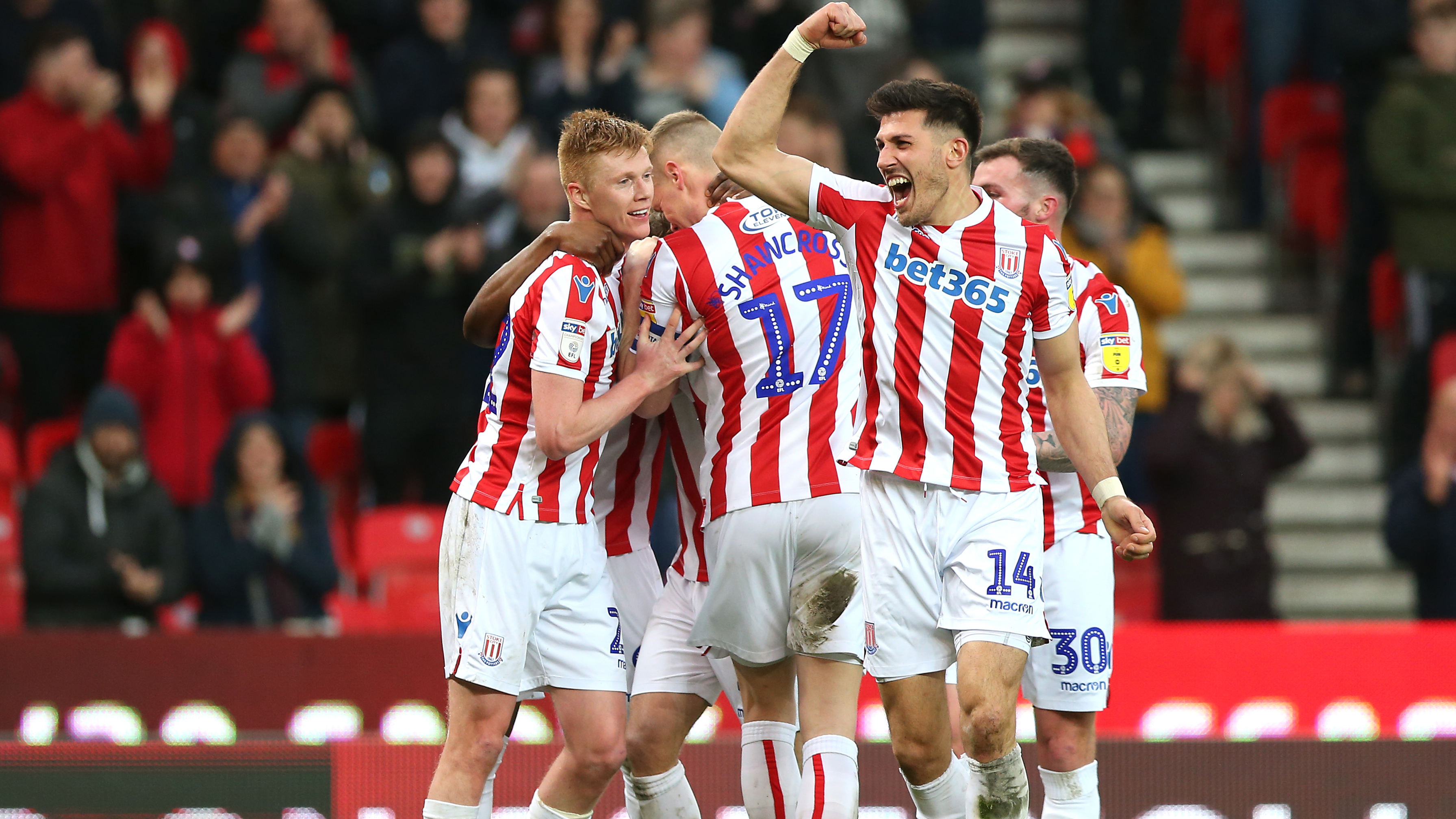 Swansea City host Stoke City at the Liberty Stadium on Tuesday night (7.45pm), and here we take a closer look at the Potters.

After a 10-year stint in the Premier League, Stoke are getting used to life in the Championship once more after suffering relegation from the top-flight last season alongside the Swans.

Earning promotion under Tony Pulis in 2008, the Potters had returned to the top division where they had not featured since 1985.

An FA Cup finals appearance in 2011 led to a Europa League campaign for the Potters, whilst three successive ninth place finishes were their best performances in the top-flight.

A 1972 League Cup victory brought them their only piece of major silverware, and the task at hand is returning to the Premier League after keeping their core together despite dropping into the second tier of English football.

Steady rather than spectacular. They recently had a run of four consecutive goalless draws which rather sums up their season as Stoke currently lead the way for draws in the second tier this season with 18.

With a campaign that looked promising on paper after retaining a number of players from last season and making a handful of acquisitions, the Potters have not really made the sort of impact they may have expected.

Their last match saw a 1-0 victory over Blackburn to end their four-game goal drought, with the men from the bet365 Stadium sat two points behind the Swans in 15th.

Their last loss came in early February, as West Bromwich Albion took the spoils with a 1-0 victory over them at home and they have not conceded a goal in their last six Championship fixtures.

But they have also scored just 38 goals in 40 games, the third-lowest tally in the division.

Nathan Jones. A former player who spent the majority of his career at Brighton and Yeovil, Jones also featured for Numancia, Southend and Scarborough before hanging up his boots.

Taking over League Two side Luton Town in 2016, after a stint as assistant manager and caretaker boss at Brighton, the Welshman guided the club away from relegation, winning 11 of the 21 matches remaining in the season to help the club to an 11th placed finish.

Jones left Luton with the highest Football League points per game ratio of any manager in their history, having led them to the League Two play-offs in 2017 and promotion a year later.

He had the Hatters in contention for promotion to the Championship when Stoke snapped up the 45-year-old after parting ways with Gary Rowett in the early stages of 2019,

But his start to life at the bet365 Stadium has been a mixed bag and, out of 15 games, they have only managed three wins under Jones.

Stoke boast a squad filled with Premier League experience, after keeping the majority of their squad that suffered relegation last season.

Swans academy product Joe Allen provides a key figure in the middle of the park and scored the winner the last time these sides met.

Jack Butland resides between the sticks, with the England international stopper tallying the second most clean sheets this season with 16.

Ryan Shawcross is an ever-present figure in the Stoke rear-guard, whilst Bojan and Benik Afobe will provide problems on the other end of the pitch for the Swans back-line.

Sam Clucas has featured sparingly after arriving from the Swans in the summer, with his recovery from a knee injury delaying his debut, while former Swansea captain Ashley Williams - on-loan from Everton - has tended to be used off the bench in recent weeks.

Tickets for Swans v Stoke are still available – get yours HERE or call the ticket office on 01792 616400. If you want to watch the game in style – contact our dedicated hospitality team on 01792 616628 or on hospitality@swanseacity.com.