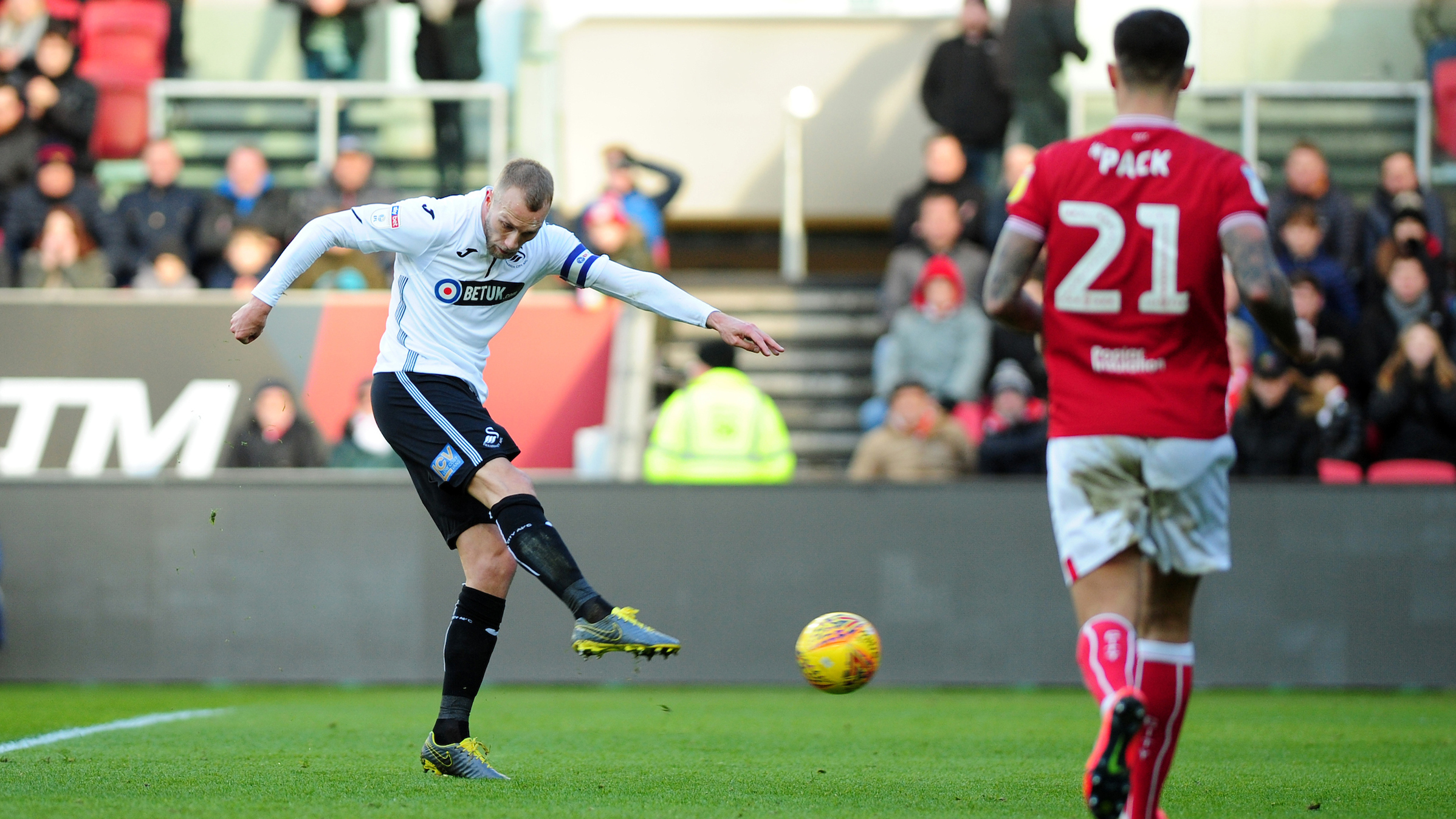 Mike: We could have got a result

Mike van der Hoorn believes Swansea City could have taken something from their clash with Bristol City, despite sliding to a 2-0 defeat at Ashton Gate.

The 26-year-old, who took on the captain's armband in the absence of injured Leroy Fer, was one of a number of Swans’ players to be denied by Robins’ keeper Frank Fielding.

At the other end, Andreas Weimann netted the opener 41 seconds into the second half before Callum O'Dowda sealed the win for the hosts.

The result ends the Swans’ seven game unbeaten run with Bristol City now extending theirs to 13.

“It was a disappointing to lose and end the run we had put together,” the Dutchman said.

“The goal at the start of the second half was a killer for the game, and their second goal came from a counter which made things very difficult.

“Bristol City showed they are a tough opposition with the unbeaten run they have going. I think we came up short, but I did not see that they were the better team.

“We created some good chances but could not finish them or find the back of the net. It could have been a very different game if one of those opportunities had gone in."

Despite the result the Van der Hoorn believes there are still plenty of positives to take going forward and plenty to play for in the league, with Millwall next up at the Liberty Stadium.

“We can’t be down from just one result.” he added.

“We go forward as a team and try and win as many games as we can.

“Millwall are a different opponent but we need to just keep doing what we are doing and more positive results will come.

“We need to keep on going and make sure we are fighting for something until the end of the season.”