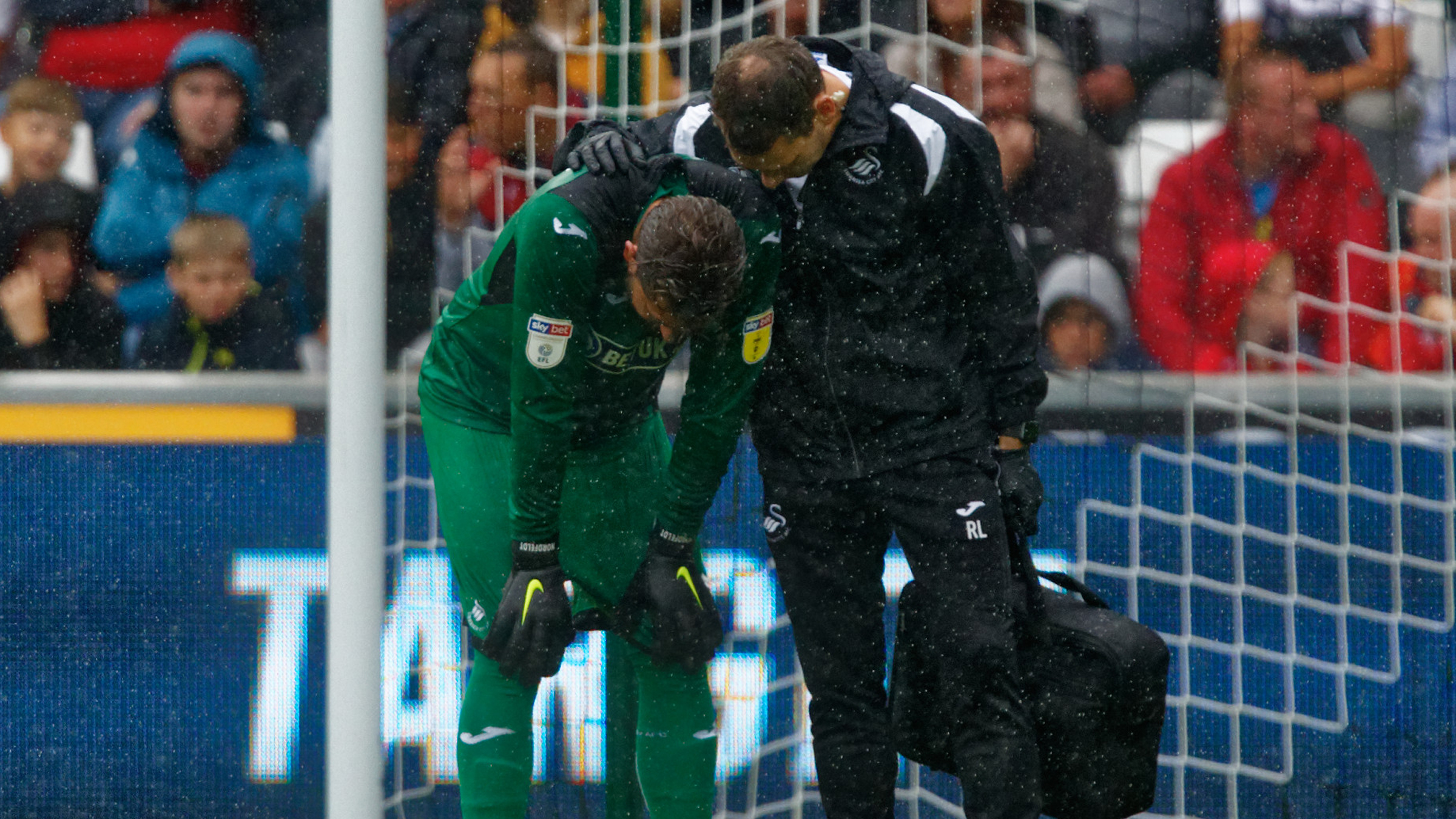 ​​​​​​​Swansea City face a tricky trip to Millwall on Saturday (5.30pm) as they look to bounce back after home defeats to Bristol City and Crystal Palace.

Here are all the key discussion points heading into the game.

The Swans will be hungry for a positive result this weekend having been beaten twice on their own patch in the last week.

Graham Potter’s team won plenty of plaudits after going unbeaten in their first four games of the new campaign.

But they were defeated for the first time under their new manager thanks to a disappointing performance against Bristol City last Saturday.

The Swans lost again in the Carabao Cup against Crystal Palace, although the inexperienced team picked for that game emerged with plenty of credit.

Now to put some more Championship points on the board.

Swans boss Potter made no fewer than 10 changes for the Palace cup tie, with Tom Carroll the only survivor from the starting XI against Bristol City.

It is safe to assume, therefore, that there will be a number of alterations once more this weekend – although exactly how many is unclear.

A number of players who were given an opportunity against Palace impressed, giving Potter something to think about going into the Championship game ahead.

There is one new face who could be in contention, too, with Cameron Carter-Vickers hoping to be fit to feature for the first time since joining on loan from Tottenham.

Millwall are rightly proud of their recent record on home soil, where they have lost only one of their last 17 league fixtures.

The one visiting team to come away from The Den with three points during that period were Fulham, who won at Millwall in April on their way to the Championship play-offs and ultimately the Premier League.

Neil Harris’s Millwall side are yet to lose in four home fixtures this season – two of which were in the Carabao Cup – while they were beaten just four times in 23 league fixtures on their own patch across 2017-18.

Who plays in goal?

Potter has a big decision to make when it comes to the name at the top of his team sheet on Saturday afternoon.

Kristoffer Nordfeldt is fit after a groin problem, as proved by his solid performance against Crystal Palace in midweek.

But will the Swede, who began the season as Potter’s first choice, come straight back into the Swans’ league side?

Erwin Mulder has not put a foot wrong having been thrust into the first-team spotlight when Nordfeldt got injured against Preston and will hope to keep his place.

Whoever plays, it is fair to say the Swans have two good options between the sticks.

The Swans’ record on Millwall’s patch is not particularly pretty.

They won on their last visit to The Den, in April 2011, when goals from Darren Pratley and Stephen Dobbie secured a 2-0 success.

But that was the Swans’ first triumph at Millwall in 14 visits stretching back to another 2-0 victory all the way back in 1930.

History suggests Potter’s men will have a tough task on their hands this weekend, as does Millwall’s recent home form.

Swansea City clinched the loan signing of Liverpool striker Rhian Brewster on Tuesday, with the Champions League and World Cup Under-17s winner set to spend the rest of the season at the Liberty. Here, football stats experts WhoScored go into detail on what the 19-year-old can bring to Steve Cooper's side.