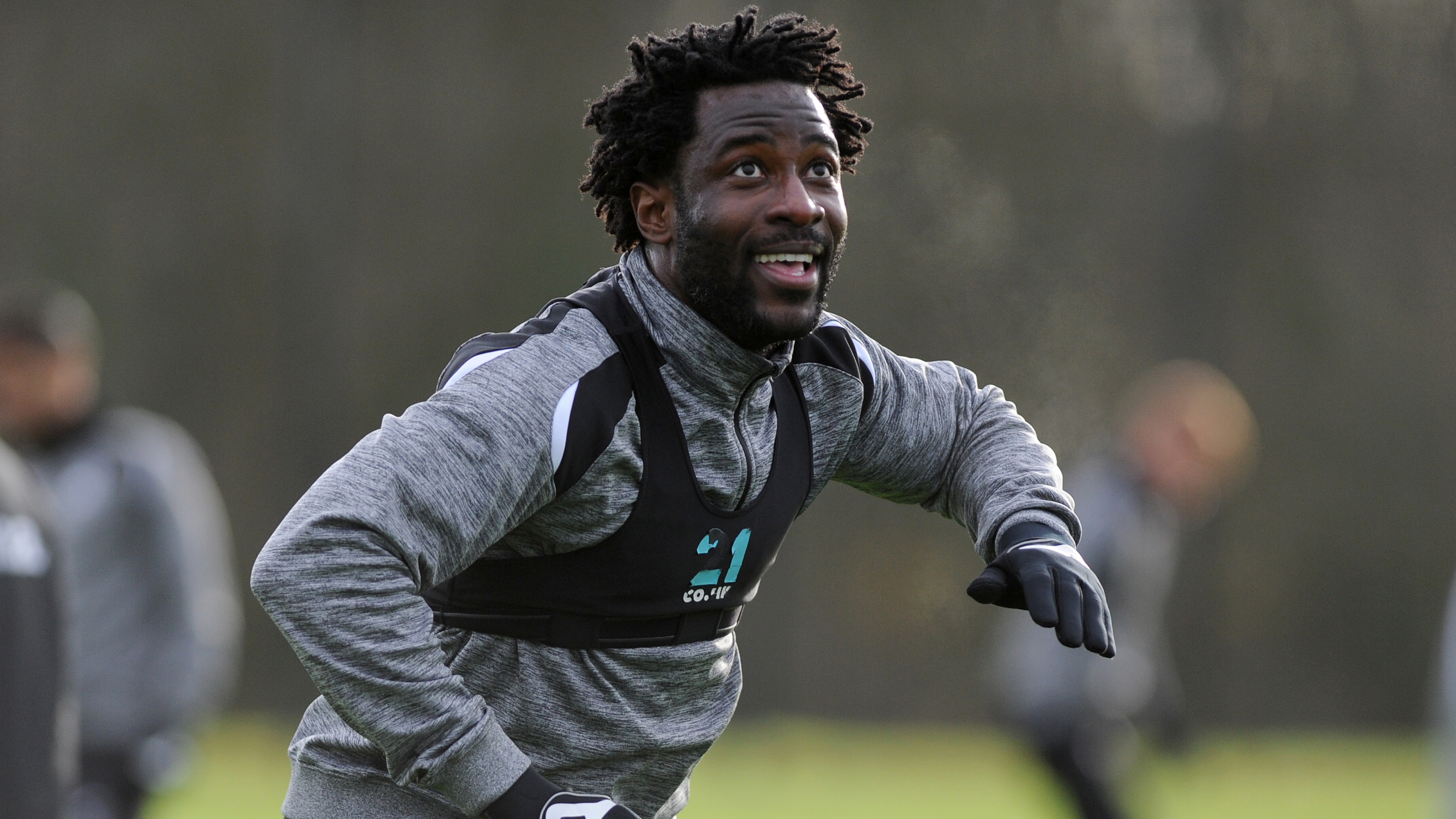 Wilfried Bony is back in contention for Swansea City’s trip to Brentford this weekend – but Tom Carroll remains on the sidelines.

Bony missed the defeat at Derby last time out because it was felt three appearances in seven days would be a struggle after his long-term injury lay-off.

But the striker will be back in the squad for Saturday’s trip to Griffin Park.

That is a boost for the Swans, who have lost Daniel James to a hamstring problem and will again be without Carroll.

“We just felt with Wilf last week that it would be better to freshen him up and make sure he trained well this week, which he has done,” said boss Graham Potter.

“He comes back into contention for Brentford.

“We will be without Dan for a couple of weeks. It’s only a slight strain – it’s more fatigue after three games in a week for a sprinter like Dan.”

Carroll has not played since the Swans’ victory over Blackburn in October.

“His groin issue is niggling away.”

To get to Griffin Park, supporters heading East down the M4 are advised to come off at Junction 3 and use the A312 and A4, bearing in mind there may be more traffic than usual on this route. Those supporters using the North Circular or A4 from the North/Central London should exit at the Chiswick Roundabout and use the South Circular and A315 to approach Griffin Park via the Ealing Round.