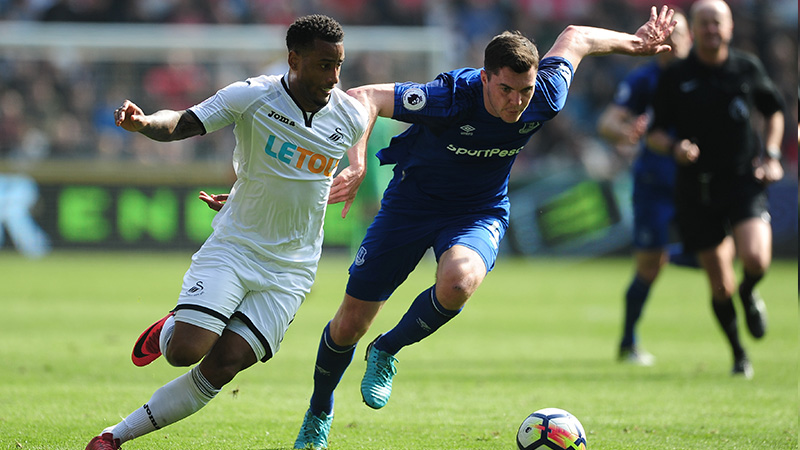 Luciano Narsingh will miss Swansea City’s trip to Manchester City this weekend – and Renato Sanches remains some way off a return to action.

But there is better news of Sam Clucas, who has a chance of featuring at the Etihad Stadium on Sunday after missing last weekend’s draw with Everton because of a knee problem.

Narsingh will not face the Premier League’s newly crowned champions having twisted an ankle during the Everton game.

Sanches, meantime, is not yet ready to play a full part in training despite returning to Wales from parent club Bayern Munich at the beginning of the week.

“Luciano will not be available this weekend, although we believe it is not a serious injury and during the next week he can recover,” said boss Carlos Carvalhal.

“Sam trained today. He had a test with the physios which was positive and if he trains well tomorrow, he can be involved at Manchester City.”

Sanches has not played since suffering a serious hamstring injury at the end of January.

With a little over three weeks to go before the season ends, it is questionable what role he will have in the final push – but Carvalhal says his fellow Portuguese could still have a part to play.

“Renato has been with the physios and next week he can be involved with the team in training,” he added.

“But his physical condition, as you can understand, is very poor because he has been out for a long time.

“He is trying to recover and to get ready to play, and you never know if we will need him in the last week of the season – we could have some other injuries then.

Potter: Everyone has a part to play