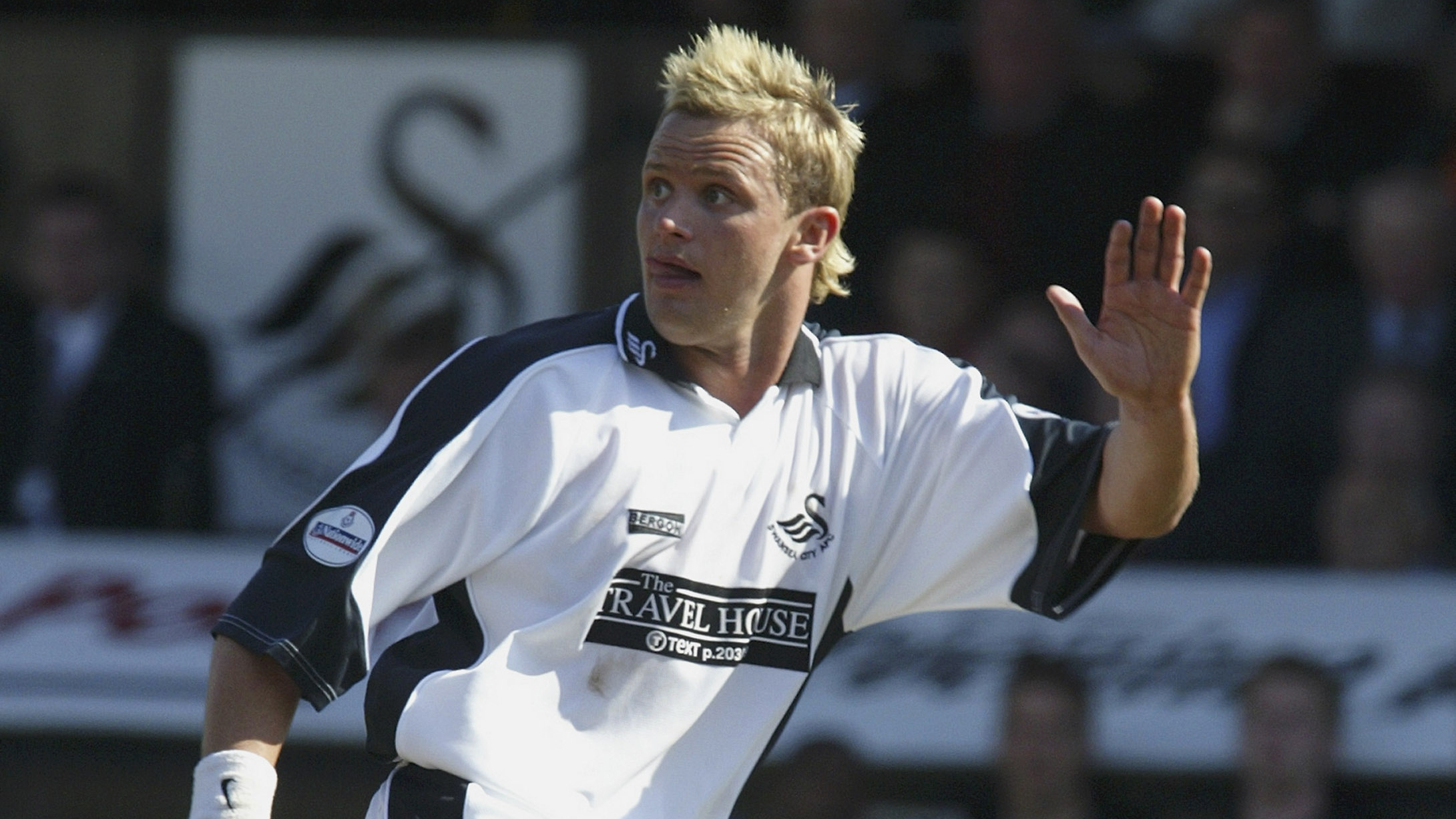 The Swans will celebrate their 4,000th game in league football* when they lock horns with Rotherham United at the Liberty on Good Friday (3pm).

To mark the occasion, we're catching up with former players to relive their favourite games from the years gone by.

Today, we sit down with former striker Lee Trundle to reflect on his particular pick of the bunch – a dramatic 3-2 victory over Yeovil Town in December 2003.

Having survived relegation from the Football League in dramatic fashion on the final day of the previous season, the Swans were pushing for the Third Division play-off places at the midway point in the 2003-04 campaign.

But, by the time they welcomed fifth-placed Yeovil to the Vetch Field for their final game of 2003, Brian Flynn’s side had slipped outside the top six following a run of four matches without a win.

Nevertheless, as Trundle remembers, the visit of the Glovers provided a special occasion at the Vetch.

“The atmosphere was great, especially with it been around Christmas time,” he recalls.

“Swansea-Yeovil was always a big game at that time. With us being so far away from everyone, Yeovil were probably our closest rivals.

“We were always fighting near the top of the table. People say that Christmas is an important time with regards to shaping the final table and we knew it was going to be close between us, so we had to take three points.”

Trundle had been the Swans’ talisman since arriving from Wrexham in the summer; scoring 14 goals in all competitions.

And it was 'Magic Daps' – as he was affectionately known by the Jack Army – who put the hosts in front from the penalty spot on 29 minutes, while Karl Connolly doubled the lead midway through the second half.

However, Yeovil came roaring back as Gavin Williams gave them a foothold in the contest, before Kevin Gall netted a dramatic equaliser in the 89th minute.

“We thought that was it,” Trundle remembers. “We were kicking ourselves because you really shouldn’t be letting a two-goal lead slip in a game like that.”

However, there was to be one final twist deep into stoppage time.

The Swans launched one final attack on the Yeovil goal, and Trundle was in the right place to volley into the top corner from close range – sending the home fans into delirious celebrations.

“That meant everything to me,” he smiles. “There was a real mix of joy and relief at the same time.

“Running over to the North Bank and seeing everyone celebrating was such a great sight and something I always loved doing.

“For that reason, that is my favourite league game for the Swans.”