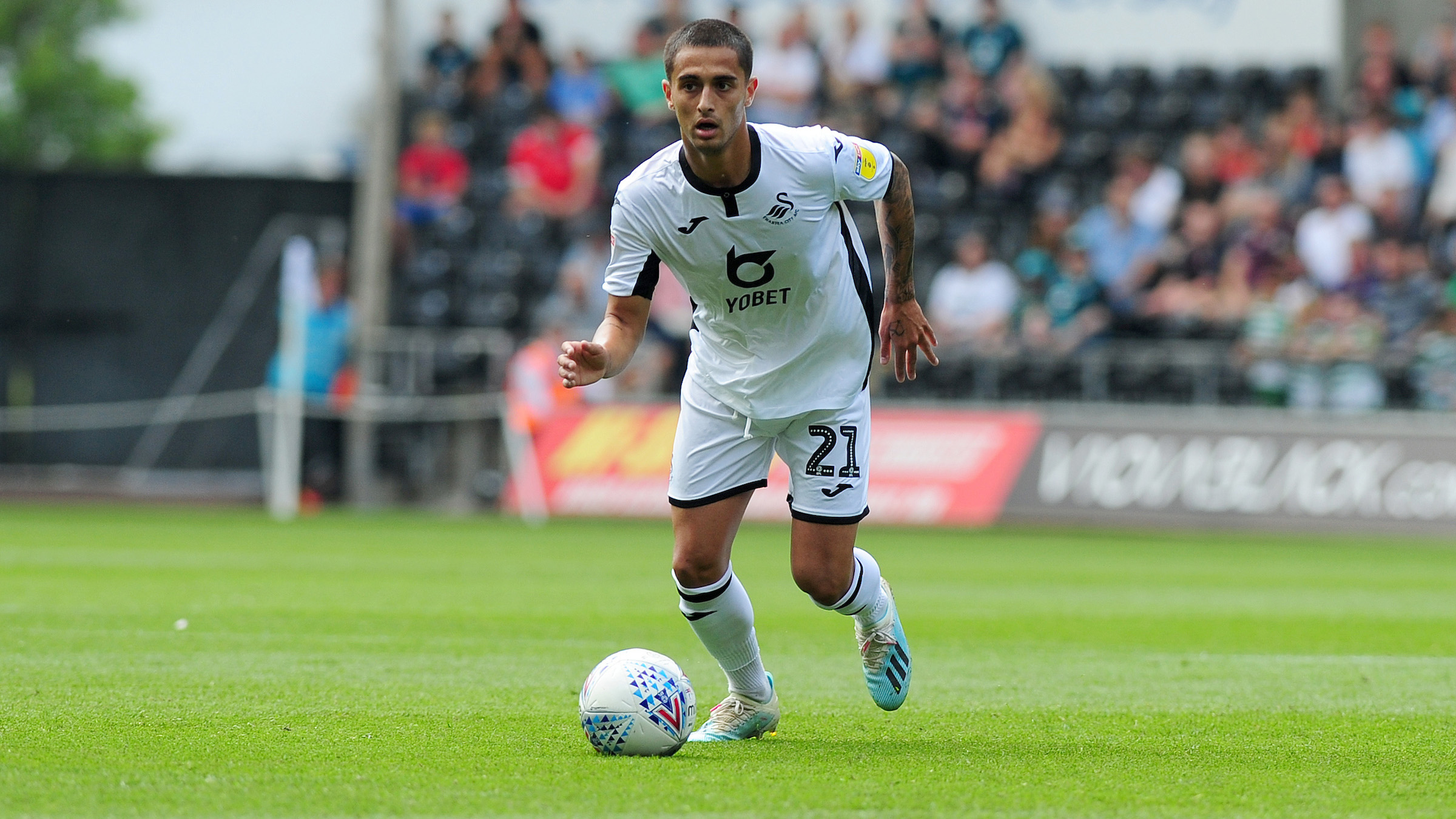 Yan Dhanda has described his contract extension at Swansea City as the ideal early Christmas present as he sets his sights on kicking on in 2020.

The 21-year-old midfielder has put pen to paper on a deal through to the end of June 2022, with his previous contract having been due to expire at the end of the 2019-20 season.

Having joined in the summer of 2018 after leaving Liverpool, the attacking playmaker has seen first-team action on a more regular basis this season.

He has made nine appearances under Steve Cooper, with eight of those being starts.

And Dhanda is hopeful there is a bright future ahead of him in SA1 after signing his new deal.

“I am delighted to have got it done and signed my new contract,” he said.

“We have been talking about it for a little while, and the goal has to be for me to push on from here.

“I have been enjoying my football, I am settled and this is where I want to be.

“I’ve been getting more game time, and with the number of games we have coming up I am sure there will be an opportunity to add to that.

“It’s the perfect Christmas present for me, it’s just what I wanted and it’s a real boost.”

Having made a spectacular first impression by scoring just 29 seconds into his senior debut in the victory at Sheffield United last term, Dhanda initially had to be patient when it came to getting minutes under his belt.

But he feels he has made real strides as a player this season, with plenty more still to come.

“The head coach (Steve Cooper) has given me opportunities this season and I hope there will be more to come,” he added.

“A new contract is a nice thing because it means you must be doing something right. I like it here, I like training and living here. But I have to push on.

“I know I have work to do, but I feel every time I play I get that experience and I feel more confident.

“The gaffer gives me confidence and wants me to express myself on the pitch. I feel I am improving every day.

“I just want to keep getting out there and showing what I can do. I’ll be ready whenever I am called upon.”