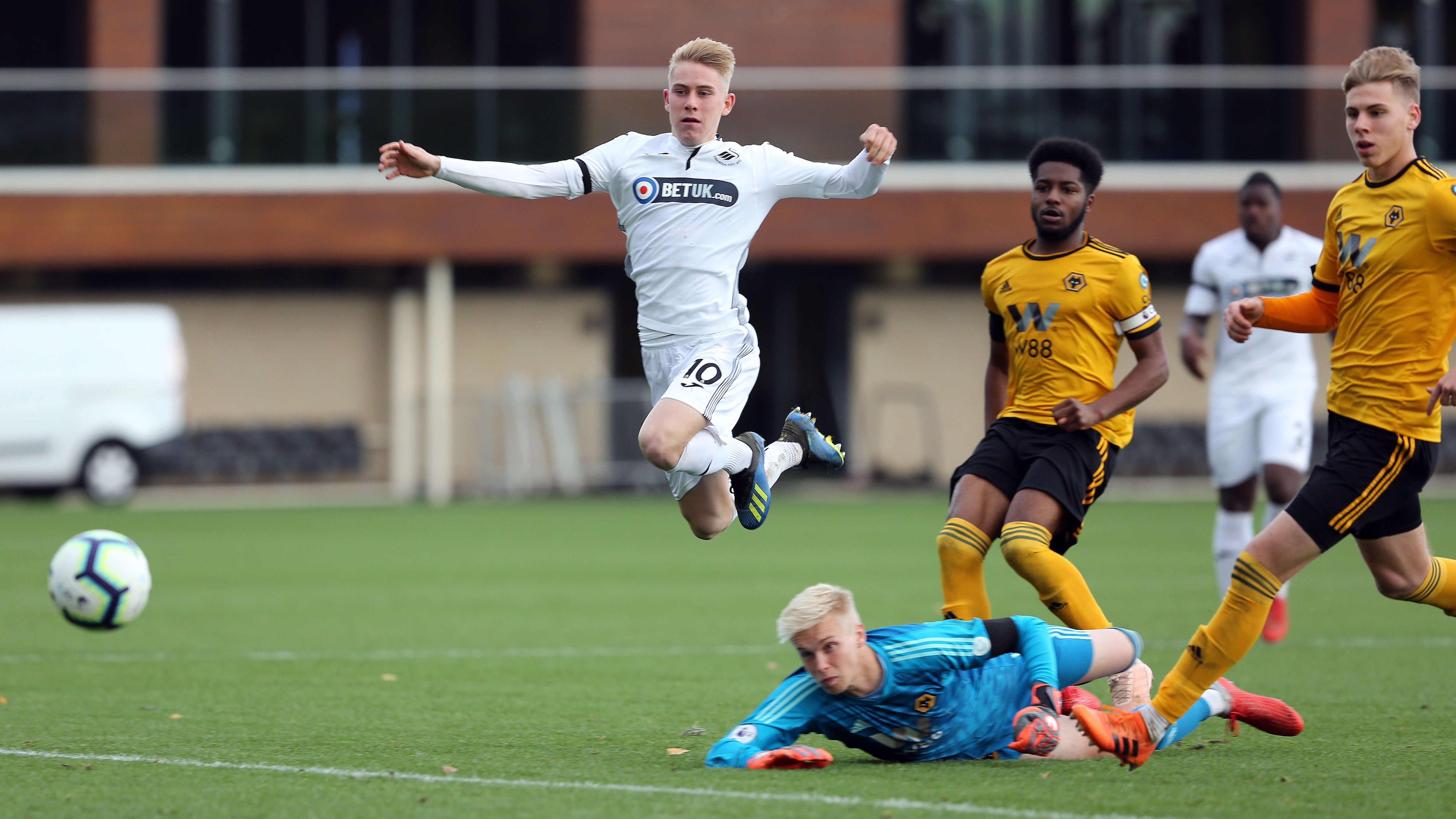 Swansea City Under-23s midfielder Oli Cooper is keen to kick on in his development after signing a new contract which ties him to the club until 2021.

The attacking midfielder, who has been in the club’s academy since the age of 12, has made 18 appearances for the age-grade side this term, scoring one goal against Wolves.

That comes on the back of Cooper – whose father Kevin played for the likes of Wolves and Wimbledon during his playing career – penning his first professional deal last summer.

And, having featured regularly under Cameron Toshack and Gary Richards – in the wake of 19 outings for the under-18s last term – the 19-year-old is looking onwards and upwards.

“It means a lot to me to be given extra time at the club,” he said.

“It gives me confidence to know the club believe in me and that I can be part of the future here.

“I now have to work hard every day to make the most of the opportunity.

“You can always be thinking about when the next contract is coming, this gives me a bit of security and I want to kick on over these next two years.

“It’s been great being here, it has helped me develop a lot and given me a lot of confidence.

“I am settled and I understand where I need to improve with the way the game is quicker at under-23 level.”