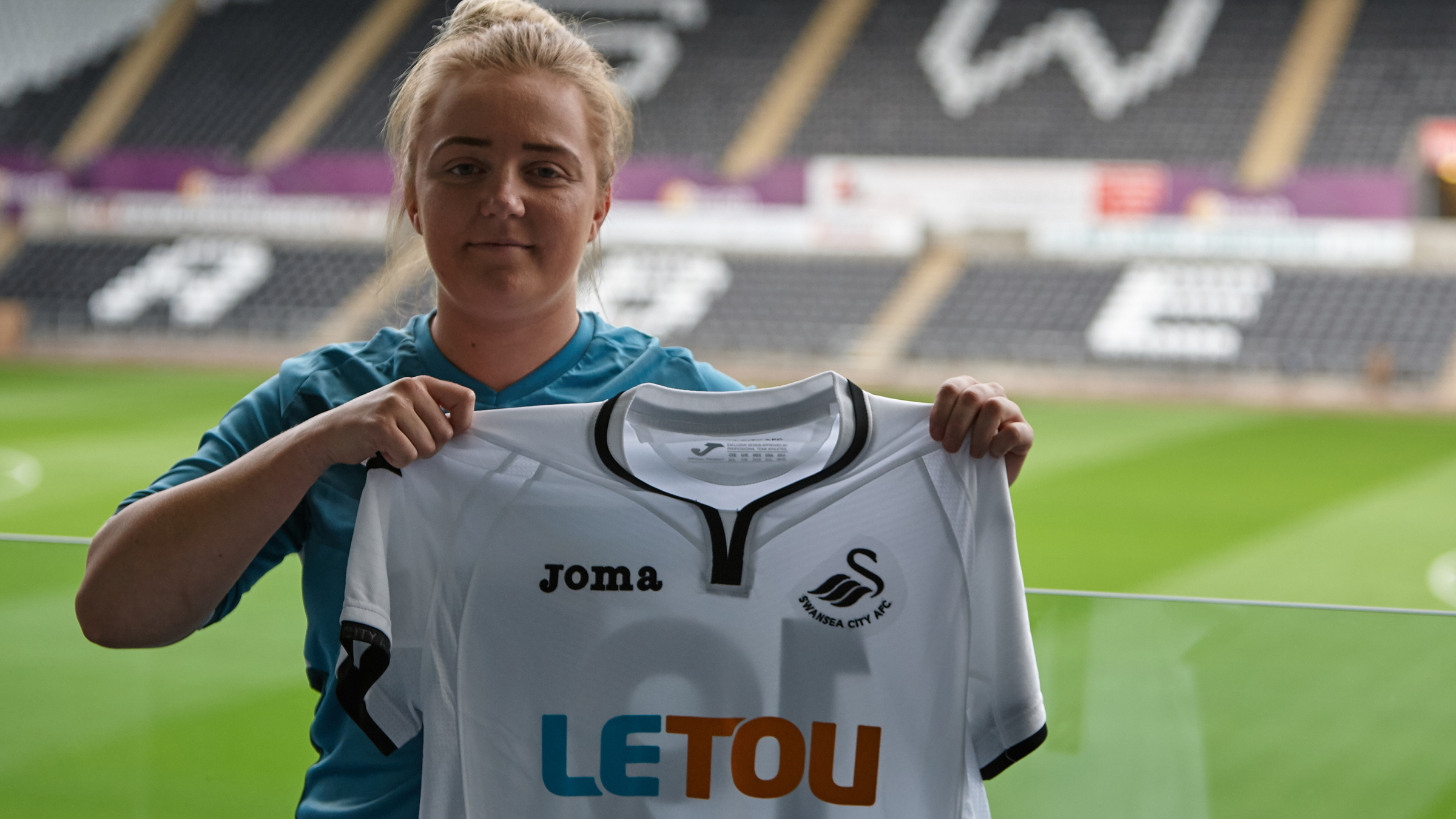 Wales international Lauren Hancock is aiming to complete her recovery from a car crash which left her with a broken back by playing for Swansea City Ladies this season.

The defender has rejoined the club looking to kick start her career after being involved in an accident almost two years ago.

Hancock returns to Ian Owen’s Welsh Premier Women’s League champions after spells with Cardiff City Women and Reading, but she has not played competitively since her accident.

“I ended up with two rods and four screws,” explained Hancock. “I was told that I could play eight months after surgery, but I was out for nearly a year-and-a-half before I started training again. Swans Ladies are the first club I’ve joined since the accident.

“Ian has always believed in me and I couldn’t see myself playing with any other club because he’s always stayed loyal to me, even when I’ve gone elsewhere.

“He’s always been helpful and he’s been really good to me over the years.”

Making her first debut for the Swans at the age of 16 during their first Champions League tournament back in 2010, Hancock started in the 2-1 win over Georgian side FC Baia Zugdidi.

In addition to competing in two Champions League tournaments with the Swans, Hancock has won two WPWL titles as well as winning the WPWL title with Cardiff City Women.

On the international stage, Hancock has also tasted considerable success having represented her country at all age levels, including two senior caps and competing at the UEFA Women’s U19 Championship.

Now, the 23-year-old is eager to get back to winning ways with the Swans, and is aiming high for this season.

“It feels great to be back on the pitch again and training with the rest of the squad,” she added. “I’m ready to go and I’m really eager to get back playing.

“I 100% think the decision to re-join Swans Ladies will help with my road to recovery. I wouldn’t pick any other team and it’s the team that I will stay with now to play out the rest of my career.

“By October I’m hoping to play my first full 90 minutes again, and hopefully that will lead to regular first-team action so I can help retain our league title and win that spot in the Champions League for next year.”

Stay up to date with all the news and results for the Swans Ladies by following the side on Twitter: @SwansLadies.