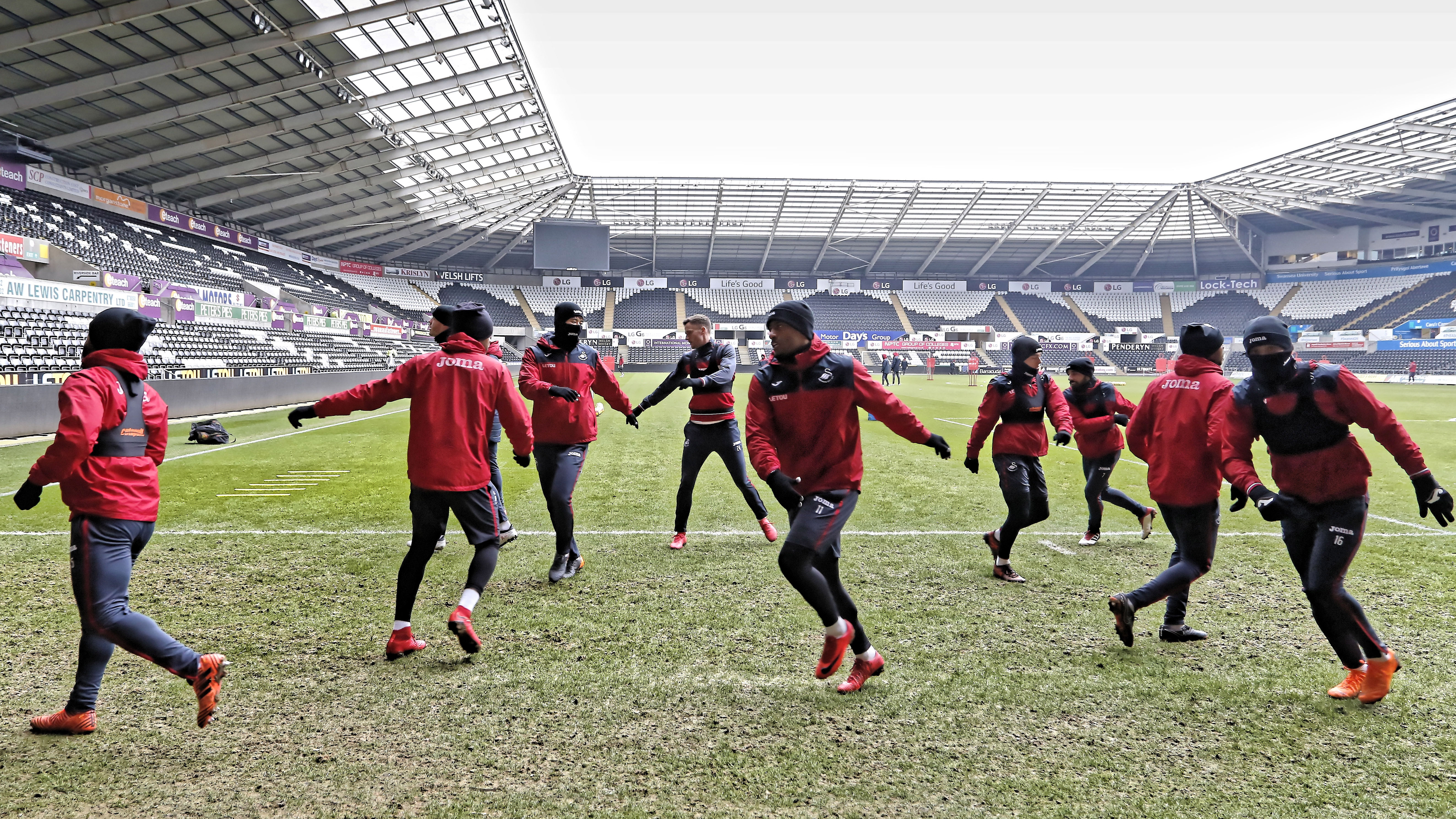 Swansea City have been forced to train at the Liberty Stadium because of the freezing weather – but Carlos Carvalhal insists the change will not affect their preparations for West Ham.

The Swans took advantage of the undersoil heating at the Liberty to ensure they could work on grass today.

But as the Beast from the East causes disruption around the country, Carvalhal insists his team will not be hampered by the cold.

“We have not done anything too different,” he said.

“We trained at the stadium because the grass is better there, but we did not change too many things.

“We do not have any problems in our preparations for West Ham. There will be no excuses.”

The Swans are desperate for a result against the Hammers having seen their 10-game unbeaten streak come to an end in disappointing fashion at Brighton last weekend.

They got back on the winning trail in the FA Cup on Tuesday night, with goals from Jordan Ayew and Nathan Dyer seeing off Sheffield Wednesday.

But while cup success is most welcome, it is in the Premier League where Carvalhal is keenest to do well.

“West Ham is an important game, like all the games have been since we came in,” he added.

“We respect West Ham a lot. They have good players and a good manager.

“But on Saturday at 3pm we will fight for the points so let’s see what happens.”