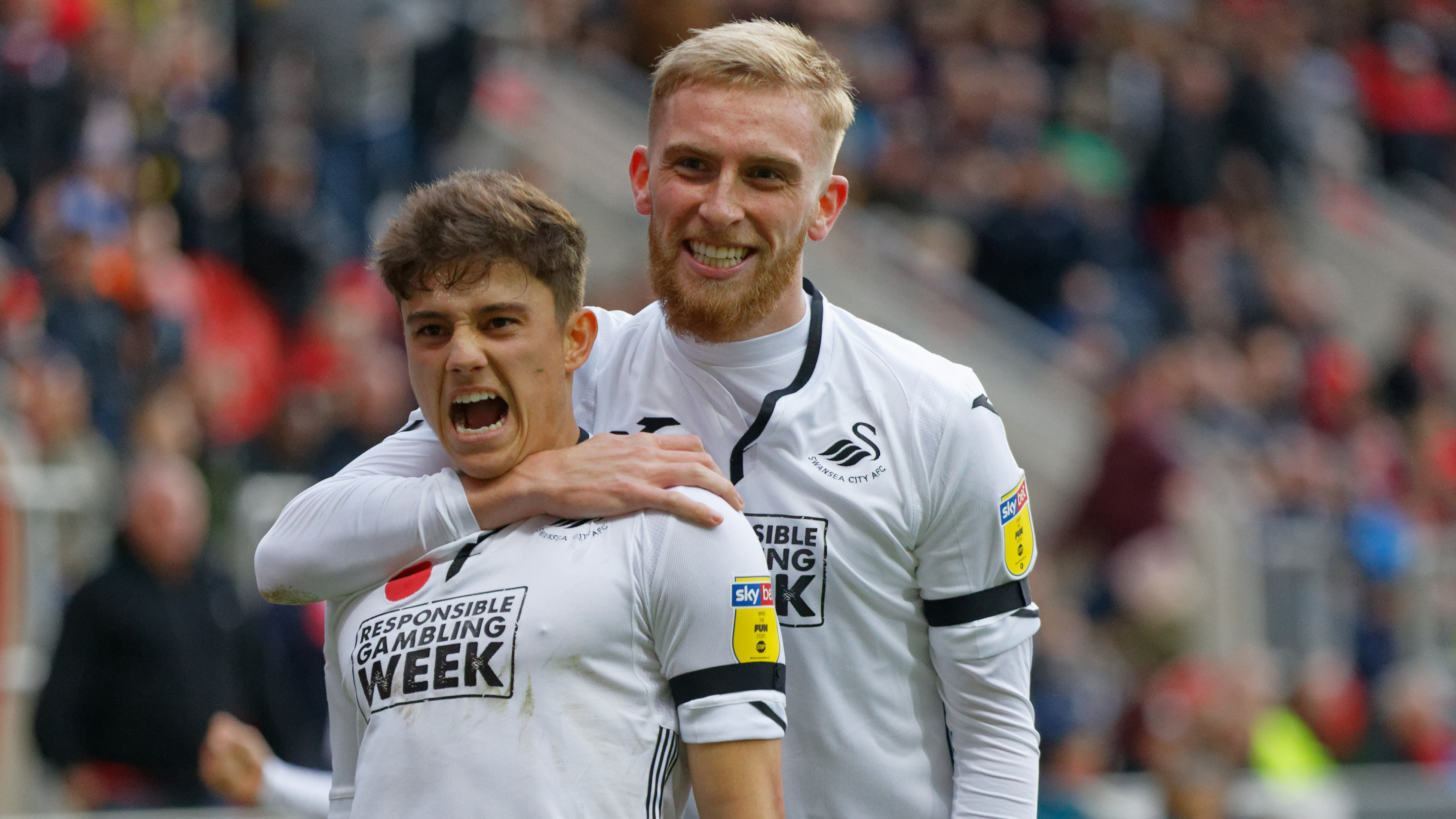 ​​​​​​​Swansea City look to bounce back from a frustrating defeat at Rotherham when they take on Bolton Wanderers at the University of Bolton Stadium this afternoon (3pm).

Here are all the key statistics heading into the game.

1 – Bolton have only lost one of their last 12 games against the Swans stretching back to the late 1980s. That was a 3-1 loss at the Liberty in a Premier League clash in 2011, when Joe Allen, Scott Sinclair and Danny Graham were all on target for the home side.

1 – They may have a fine record against the Swans, but Bolton come into this game in poor form. Phil Parkinson’s team have taken only one point from the last 18 on offer.

7 – Bolton’s last victory came seven games ago, when Craig Noone’s goal was enough to beat Derby. That was the Trotters’ only success in their last 12 games.

10 – Bolton’s form prior to this painful run was at the other end of the spectrum, as Parkinson’s team took 10 points from the first four games of the season.

4 – Former Cardiff striker Josh Magennis, who was a goalkeeper in his younger days, is Bolton’s leading scorer this season with four goals.

2 – Bolton have scored only two goals in their last nine matches, and have failed to find the target in the last three.

1 – The Swans have only won once in 18 visits to Bolton, with the solitary success coming en route to promotion to the First Division back in 1980.

18 – Oli McBurnie’s goal at Rotherham last weekend was the Swans’ first in the first half of an away game in 18 attempts, a run which stretched back to Leroy Fer’s strike at Everton last December.

1 – McBurnie’s effort was the first away goal the Swans have scored this season without Jefferson Montero on the pitch.

5 – The Swans last came up against Phil Parkinson in the 2013 Capital One Cup final, when Michael Laudrup’s team beat his Bradford side 5-0 at Wembley.

4 – Daniel James has four assists in his last three games.

The Swans and Bolton have met on 34 occasions stretching back to an FA Cup tie in 1926. Bolton have the better overall record, with 13 wins compared to the Swans’ 10.