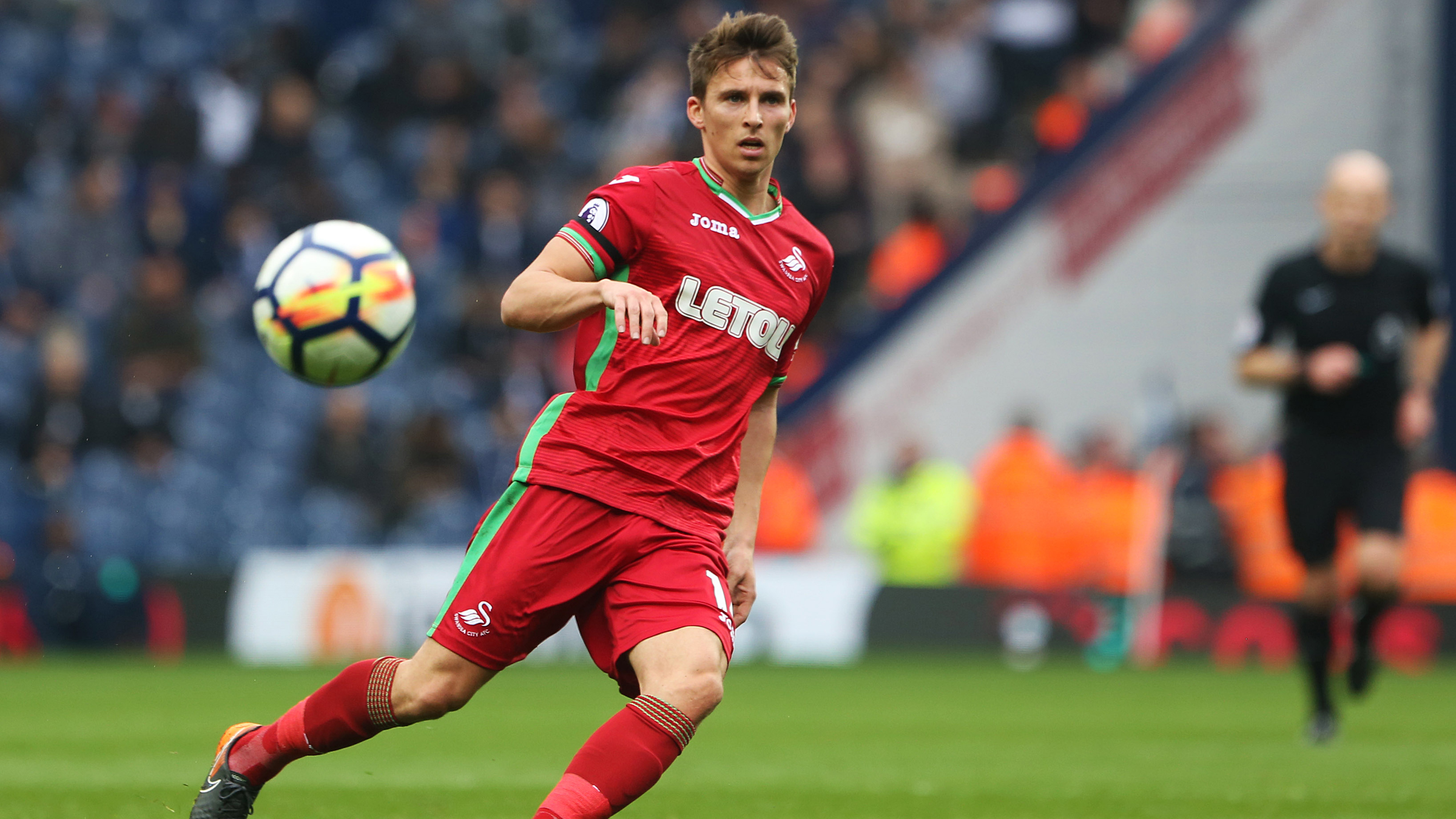 Swansea City will look to sign off before the international break on a high when they face Ipswich Town at the Liberty Stadium this afternoon (3pm).

6 – The Swans’ tally of six league goals conceded this term means they have the second meanest defence in the Football League. Only Middlesbrough (four) have been breached on fewer occasions.

7 – The Swans are unbeaten in seven league matches against Ipswich (W3 D4). This is their first meeting since April 2011.

7 – The Swans have scored seven goals in their last two games against Ipswich, both of which came in the 2010-11 season. The clubs’ most recent encounter ended in a 4-1 Swans win, with Fabio Borini scoring twice.

86.6 – Tom Carroll has a pass completion rate of 86.6 per cent this season, the fifth best in the division.

0 – The Swans are the only side in the Championship yet to score from a set-piece this season, with all of their 10 goals coming from open play.

36 – Ipswich’s last league win over Swansea was 36 years ago in November 1982, when goals from Russell Osman, George Burley and John Wark secured a 3-1 victory.

11 – Paul Hurst is yet to taste victory in the Championship after 11 league games as Ipswich boss. This is just the second time in the club’s history that they’ve failed to win any of their opening 11 league games.

6 – Ipswich have failed to score in six of their last 10 away games in the Championship, with just one win coming in that sequence.

1 – Hurst’s team have taken only one point from five away league games this season. That was courtesy of a 2-2 draw at Birmingham last weekend.

3 – Ipswich have picked up three red cards so far this season, more than any other side in the Championship.

29 - The two sides have faced each other on 29 occassions, stretching back to Division 3 (South) encounter in 1947. The Swans have come out on top 11 times, while Ipswich have 9 wins, the most recent of which came in the FA Cup in 2007.