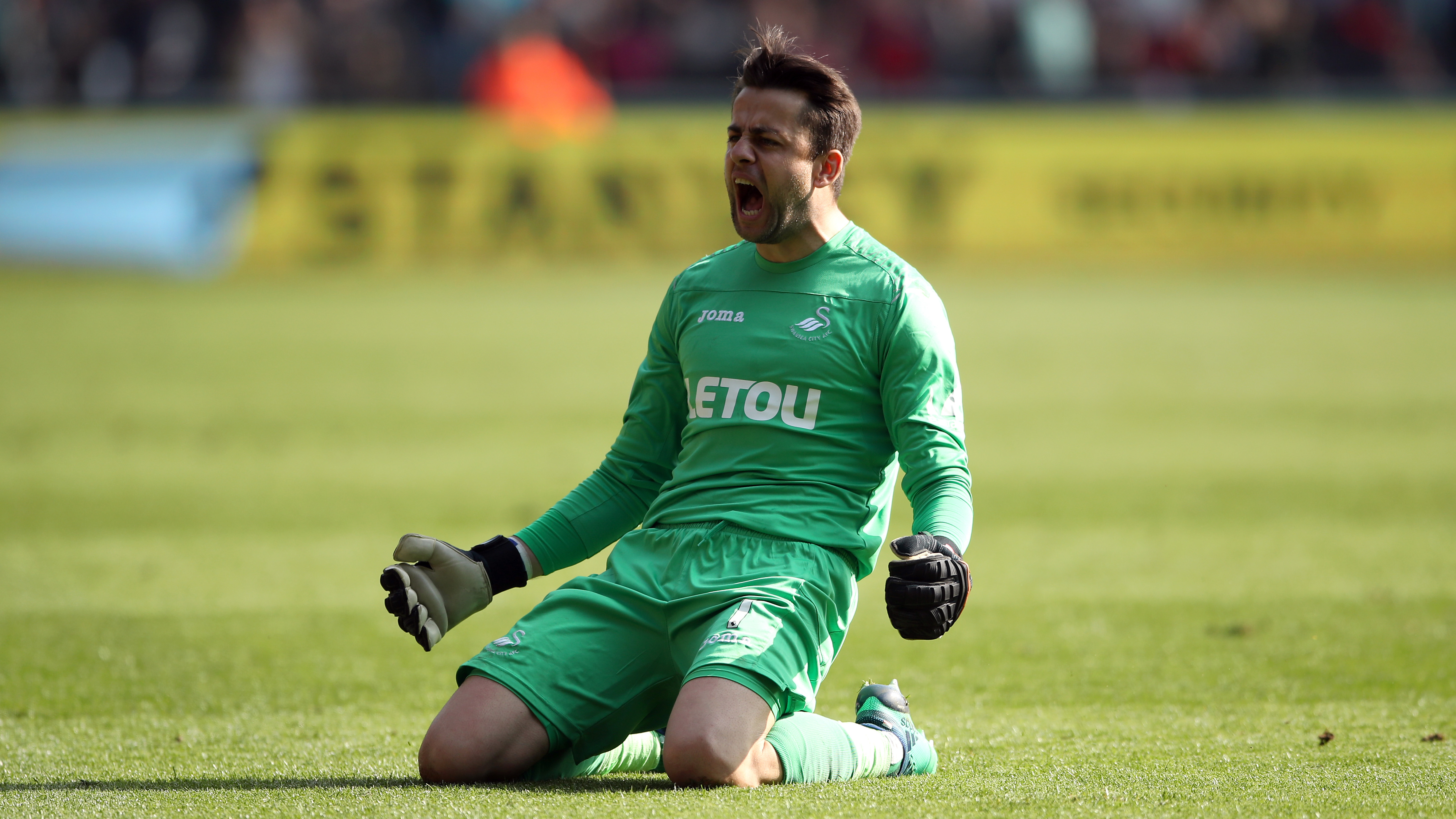 The Swans are looking to cause a shock as they take on the newly crowned champions.

6 – Manchester City have won all six of their home Premier League games against Swansea, although they needed a contentious last-gasp goal from Gabriel Jesus to seal victory in last season’s game at the Etihad Stadium.

2 – The Citizens, who were beaten by Manchester United in their last top-flight outing at the Etihad, haven’t lost consecutive home league games since February 2016.

1 – In fact, Manchester City have only lost one of their 16 home games against the Swans in all competitions stretching back to 1926. The solitary defeat came in Division Two back in 1951.

0 – Indeed, Pep Guardiola has never lost consecutive home league games as a manager at any of his previous clubs.

22 – Gabriel Jesus has had a hand in 22 goals in his 23 Premier League starts for Manchester City (16 goals, six assists), including a brace against the Swans in February 2017 at the Etihad.

23 – Jesus, who is likely to play today in the absence of Sergio Aguero, has not ended on the losing side in any of those 23 starts (W20 D3).

7 – Jordan Ayew has scored seven goals this season in the Premier League. That equals his best tally in the division, which came when he was at Aston Villa 2015-16. His best goalscoring campaign in Europe’s big five leagues came in 2014-15, when he scored 12 times for Lorient.

9 – The Swans came back from going a goal down to draw 1-1 against Everton last weekend, just as they had done against West Brom in their previous fixture. In all, they have claimed nine points from losing positions under Carlos Carvalhal having taken only one comeback point from their 20 league games this season before he was appointed.

5 – The Swans are five points better off than they were at this stage last season, although they did finish 2016-17 with a brilliant run which saw them bank 13 points from their last five matches.

4 – The Swans have lost only four of their 20 games in all competitions since Carvalhal took over. Before the Portuguese’s arrival, the Swans had been beaten in 14 of their 23 matches in 2017-18.

1 – After today’s trip to the Etihad, the Swans will have just one away game left this season, at Bournemouth in 13 days’ time. They have three home fixtures to come, against Chelsea, Southampton and Stoke.

114 – Lukasz Fabianski has made 114 saves in the Premier League this season, putting him second in the list of the division’s busiest goalkeepers behind Stoke’s Jack Butland (127). Manchester City keeper Ederson, by contrast, has made only 54 saves.

Players with the most… hit woodwork

The Swans and Manchester City have met on 34 occasions in all competitions stretching back almost a century. The Swans have managed seven victories compared to the Citizens’ 23 wins, while there have been four draws.