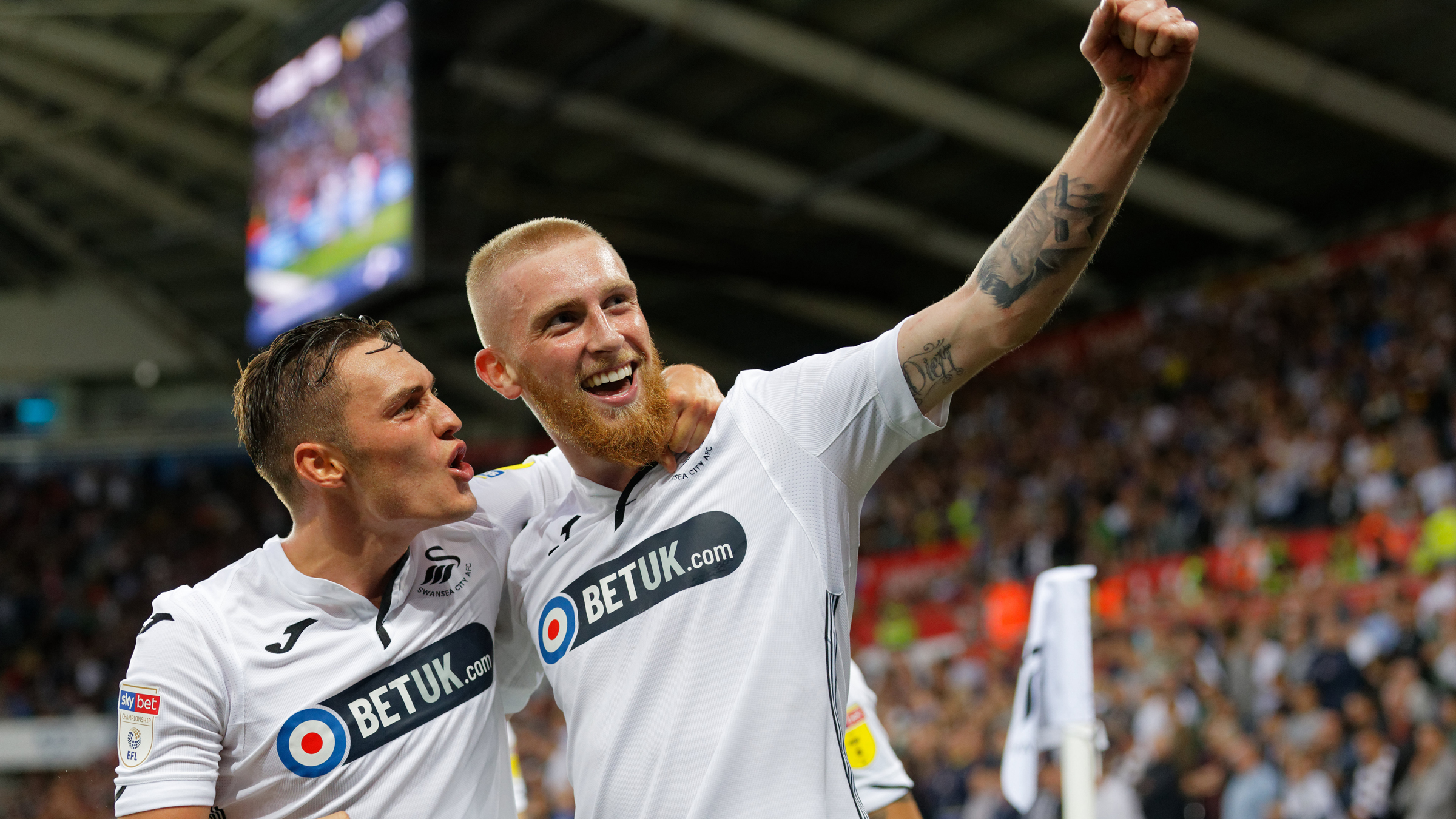 Swansea City look to bounce back from their first away defeat of the season when they go to Middlesbrough this afternoon (3pm).

12 – Middlesbrough have taken a maximum 12 points from their four home league games this season, with Sheffield United, Birmingham, West Brom and Bolton all seen off at the Riverside Stadium.

0 – Boro keeper Darren Randolph has not conceded a goal in any of those four straight home league victories.

6 – Boro’s second-choice stopper, Dimi Konstantopoulos, played six games for the Swans during a loan spell in 2008-09. One of those was the memorable FA Cup win over holders Portsmouth.

1 – Boro have lost just one of their last nine home league games against the Swans, although they did lose to Frank Burrows' team in the FA Cup in 1995.

7 – The Swans have taken seven points from their four away games so far this season, the joint-second best record in the division. Only leaders Leeds (eight points) have banked more.

11 – George Byers hopes to keep his place today having made his league debut for the Swans at Stoke in midweek. He became the 11th player to play his first league game for the Swans this season.

6 – The Swans have conceded just six goals in their eight league games this term. Only two sides in the Championship have better records – Leeds (five goals) and Middlesbrough, who have been breached just three times in the league so far.

4 – Oli McBurnie leads the Swans scoring charts with four goals this season. Three other players have found the target once each – Yan Dhanda, Jay Fulton and Kyle Naughton.

30 – The Swans were 3-1 down with 30 minutes remaining of their last Championship game at Middlesbrough, in February 2011, yet they came away with three points thanks to a spectacular comeback. Nathan Dyer, Scott Sinclair, Ashley Williams and Craig Beattie were on target that day, while Marvin Emnes and Leroy Lita both netted for the hosts.

Middlesbrough have had the better of their meetings with the Swans down the years. The two clubs have met on 44 occasions stretching back to 1925, with Boro registering 19 wins compared to the Swans’ 15.