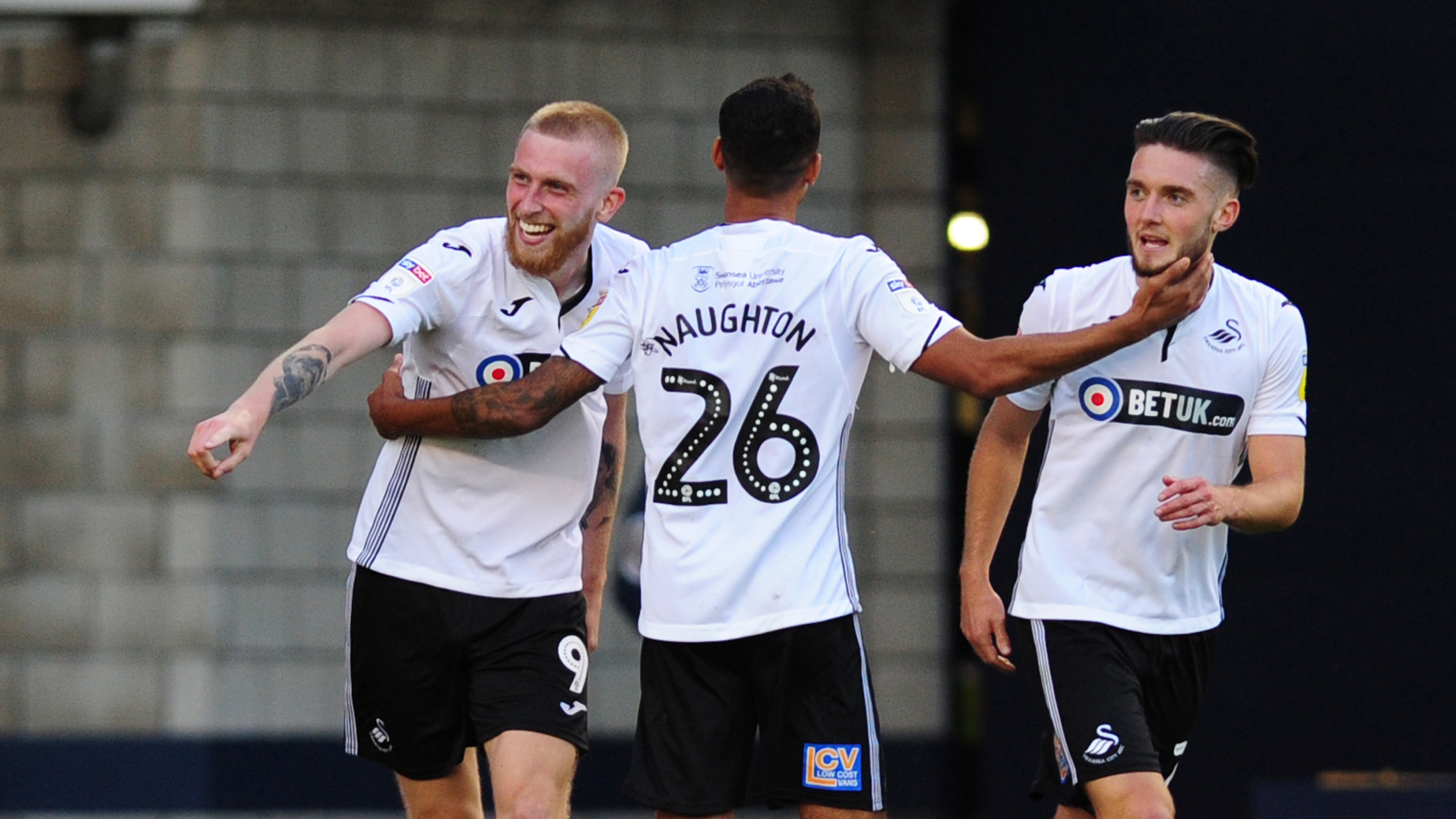 Swansea City look for another positive result away from home when they go to Stoke City tonight (8pm).

We check out all the key numbers heading into the game.

2 – Stoke are aiming to make it back-to-back home league wins tonight having beaten Hull last time out on their own patch. They last won two successive league games at the bet365 Stadium in March 2017, when Crystal Palace and Middlesbrough were beaten.

0 – Clucas is yet to play a single minute in Stoke colours having undergone knee surgery in the summer. However, the midfielder hopes to return to action soon.

4 – Peter Crouch scored four goals in his first three league games at home against the Swans as a Stoke player, but hasn’t found the net in any of his last three home games against tonight’s opponents.

4 – Summer signing Benik Afobe leads the Stoke scoring charts after his double at Sheffield Wednesday last Saturday took him to four goals for the season.

0 – The Swans are yet to lose on the road this season, having beaten Sheffield United and Millwall and held on for a draw at Birmingham. Only three other Championship sides – Leeds, Bristol City and Bolton – are still unbeaten on their travels.

1 – The Swans have won only once in eight previous visits to the bet365 Stadium. That was on their maiden trip to what was formerly the Britannia Stadium back in 2001, when Kris O’Leary and Jason Price goals earned John Hollins’s team a shock 2-1 success.

2 – The Swans will go in search of a second successive away league victory tonight after that thrilling win at Millwall. They last managed back-to-back away league triumphs in January 2017, when they won at Crystal Palace and Liverpool.

5 – The Swans have conceded just five goals in their seven Championship games this season. Only Middlesbrough (three goals conceded) have a better record in the second tier.

59 – Graham Potter made 59 appearances for Stoke between 1993 and 1996 after joining from first club Birmingham. He left the club for the top flight, signing for Southampton.

The Swans have met Stoke on 70 occasions stretching back to 1925. The Potters have managed 27 wins compared to the Swans’ 22.