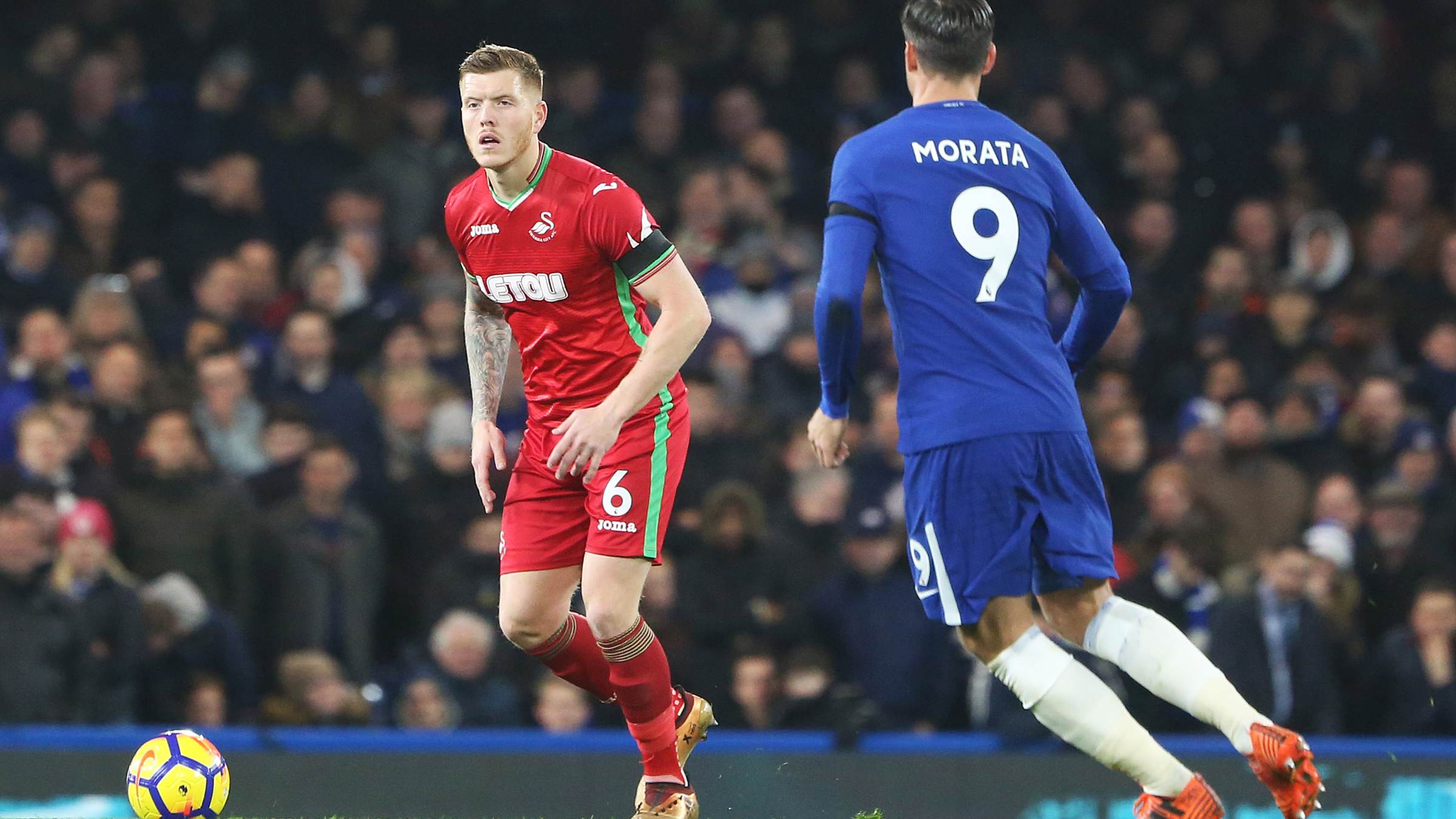 ​​​​​​​It’s time to check out the numbers as we look ahead to Swansea City’s Premier League clash with Chelsea at the Liberty Stadium this evening (5.30pm).

The Swans are looking to upset the Blues as they scrap for Premier League survival.

7 – Jordan Ayew leads the scoring charts at the Liberty with seven league goals so far this season. The Swans have never lost when Ayew has scored.

1 – The Swans have won only one of their 13 Premier League games against Chelsea, with the victory coming courtesy of Gylfi Sigurdsson’s goal in April 2016.

5 – The Swans are unbeaten in their last five Premier League home games. They have gone six without defeat in the Premier League era only once before, when Brendan Rodgers’s team put together a seven-game streak in 2011-12.

2 – The Swans have beaten Arsenal and Liverpool already this season, and will today try to become the first non-big-six side to win three games against the big-six clubs in 2017-18.

1 – The Swans have lost only once at home in the league since Carlos Carvalhal took charge in December, and that was a contentious 2-0 defeat to Spurs.

1.43 – Carvalhal has taken an average of 1.43 points per game since arriving at the Liberty. That is the best record of any Swans manager who has been in charge of at least 10 matches in the Premier League era.

3 – Alvaro Morata has scored three goals in his last six appearances in all competitions, as many as he had in his previous 22 for Chelsea.

2 – The Blues have won two of their seven trips to the Liberty Stadium in all competitions (drawing four and losingt one), and have failed to win on their last two visits (drawn one, lost one).

4 – Olivier Giroud has scored twice and assisted twice in four away Premier League starts at the Liberty.

7 – Cesar Azplicueta has seven assists this season, with every one of them converted by Morata.

2 – After a run of three consecutive defeats on the road, Chelsea have won their last two Premier League away games, at Southampton and Bunrley. They last won three in a row in September.

The Swans and Chelsea have met on 34 occasions. There have been seven Swans wins compared to 16 Chelsea successes, with 11 draws.