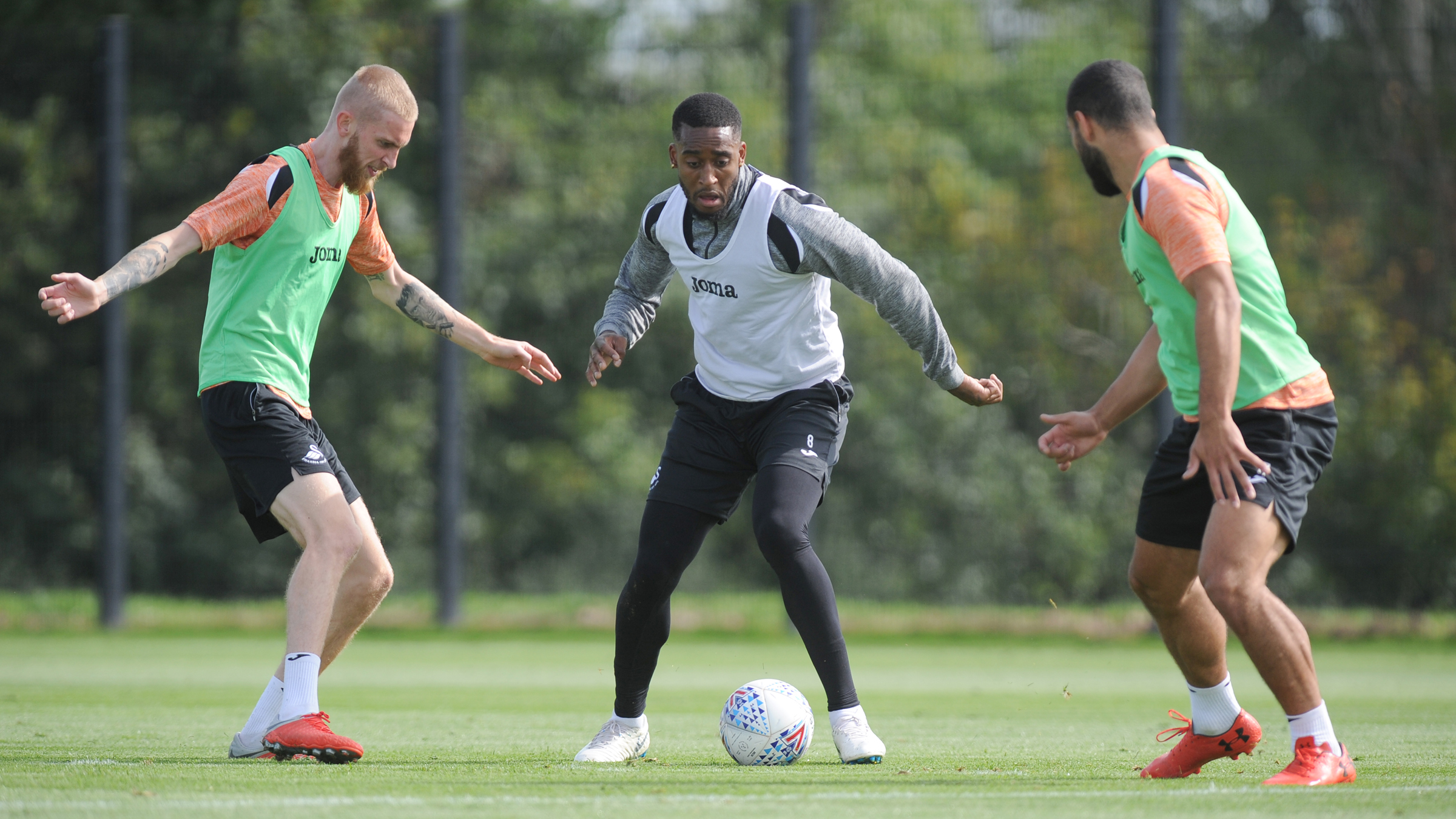 ​​​​​​​​​​​​​​It is time to check out the key statistics as the Swans get set to face Queens Park Rangers at the Liberty Stadium this afternoon (3pm).

The Swans will hope to extend a long home unbeaten run against Rangers.

6 – Graham Potter’s Swans have conceded just six goals in their nine Championship games so far this season. Middlesbrough (three goals conceded) are the only team in the division with a better defensive record.

7 – The Swans have scored seven league goals to date this season. Only two teams in the Championship, Rotherham and Ipswich, have netted on fewer occasions.

100 – 100 per cent of the Swans’ goals this season have come from open play. They are the only team in the second tier who are yet to score from a set-piece.

10 – The Swans have taken 10 points from the last 12 on offer in meetings with Queens Park Rangers. Their most recent meeting was in January 2016, when Wilfried Bony netted a late equaliser at Loftus Road in his last appearance before joining Manchester City.

5 – Potter’s men have banked five points at the Liberty this season. Just four Championship sides have taken fewer home points so far, although the Swans have only played four games and many of their rivals have had five.

3 – The Swans’ list of absentees was lengthy a little over a week ago, but there could be just three senior players missing today – Wilfried Bony, Jefferson Montero and Joel Asoro – with Bersant Celina and Leroy Fer both set to return.

37 – Rangers have not won at Swansea in 37 years. Their last SA1 victory came at Vetch Field in a Second Division game back in 1981.

1 – QPR have won only one of their last nine Championship away games, although that was the most recent one. They beat Bolton 2-1 a fortnight ago.

7 – Like the Swans, Steve McClaren’s team have scored only seven league goals so far this season.

4 – The Swans had the upper hand when they faced Rangers in the Premier League, but the London club scored four goals in the last Championship game between the clubs. Brendan Rodgers’s Swans were beaten 4-0 at Loftus Road by an Adel Taarabt-inspired Hoops side on Boxing Day 2010.

The Swans and QPR have met on 44 occasions stretching back to an FA Cup tie at the Vetch back in 1914. Rangers won that game, one of 18 victories they have managed overall compared to the Swans’ 13.