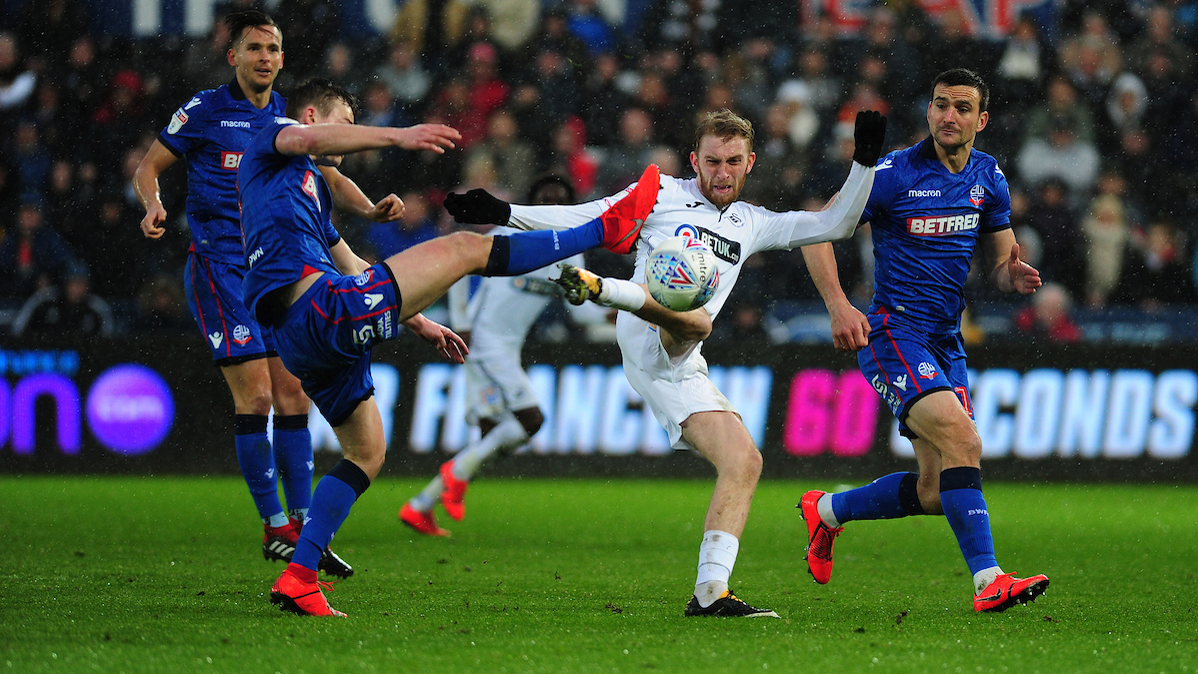 Oli McBurnie returns to the starting line-up as Swansea City make two changes for their Championship clash against Nottingham Forest at the City Ground (3pm).

The Scotland international - Swansea's top scorer this season - missed the defeats to Norwich, West Brom and Manchester City through illness.

But he has recovered and is immediately restored to the starting XI by manager Graham Potter, while Wayne Routledge is missing after his wife gave birth to a baby boy on Friday.

The other alteration sees Kyle Naughton come back into the Swans defence after a groin issue, he starts at left-back as Matt Grimes moves into midfield and Jay Fulton drops to the bench.

Kristoffer Nordfeldt continues in goal - with Steven Benda on the bench - with Naughton joining Connor Roberts, Mike van der Hoorn and Cameron Carter-Vickers in front of the Swedish international.

Grimes joins George Byers and Bersant Celina in midfield, with Daniel James and Nathan Dyer operating on the flanks with McBurnie in the central striker role.