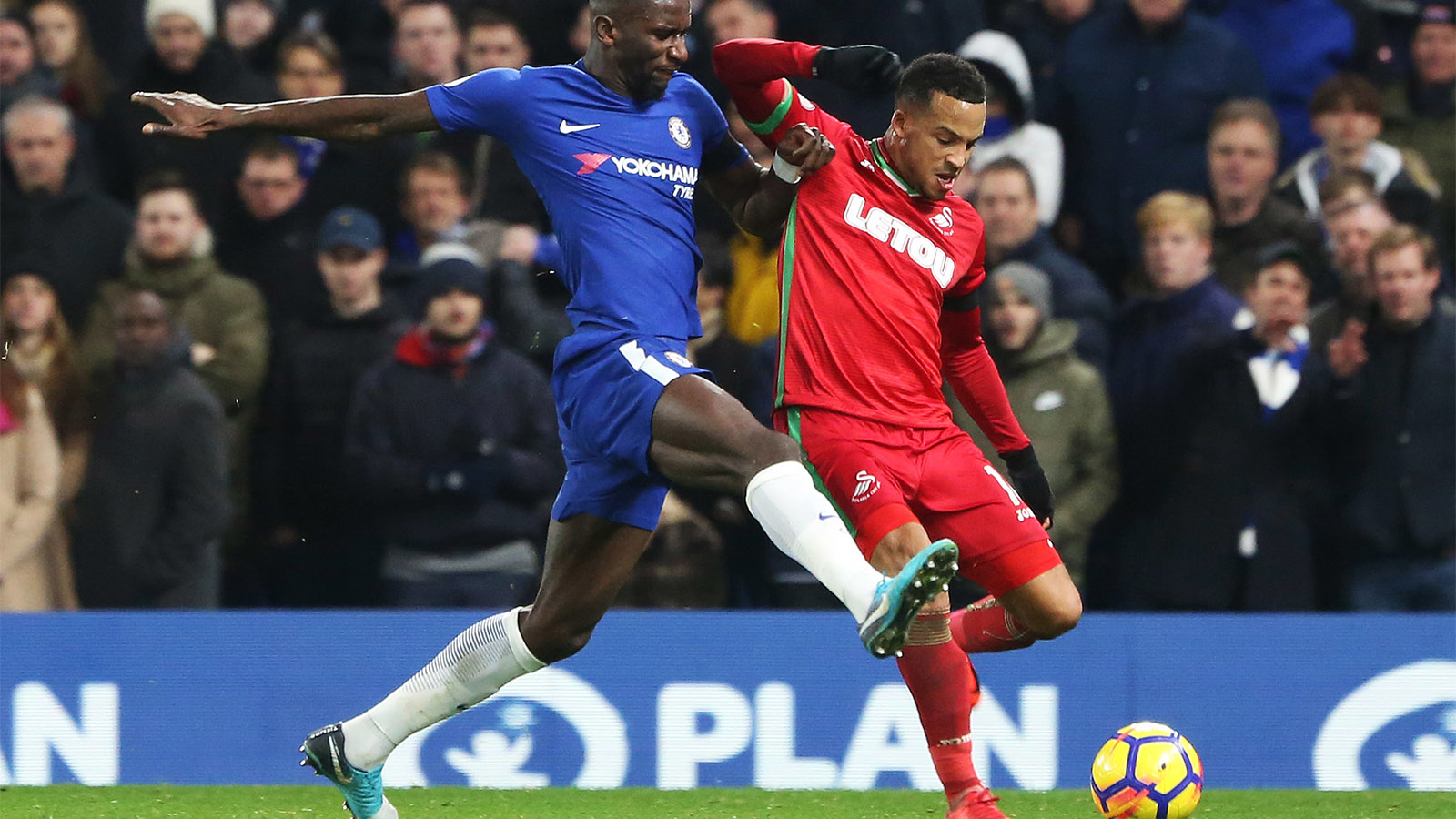 Olsson: Things are going to turn for us

Martin Olsson reckons Swansea City are on the road to some better results despite their narrow defeat at Chelsea.

But having chalked up an encouraging draw with Bournemouth last weekend, Paul Clement’s men put up a battling display against the reigning champions.

In each game Clement has set his team up in the 4-4-2 diamond system which proved so effective at the end of last season.

And Olsson reckons the Swans are on the right track.

“Chelsea are a good side, but we look comfortable in this formation – the one we used at the end of last season,” he said.

“We are compact and hard to break down and we don’t concede many goals.

“We are not on the best run at the moment but we believe it’s going to turn.

“We have been better in the last couple of games, so hopefully the results will come soon because we know we need to pick up some points.

“The next game is coming quickly, we have to stay positive and move on to Stoke.”

Chelsea were the dominant side as they overcame the Swans, but Clement took heart from his side’s determination and defensive grit.

The challenge now is to deliver some points in the Potteries this weekend.

“We came to Chelsea to get a result,” Olsson added.

“Of course we knew it was going to be tough and we would have to work hard defensively.

“The goal was a bit sloppy. We switched off at the corner, they played it quickly and they scored.

“But there are positives. We stayed in the game and we have played much better in the last two games with this new formation.

“It’s a tough place to come so we have to take the positives into Stoke.”