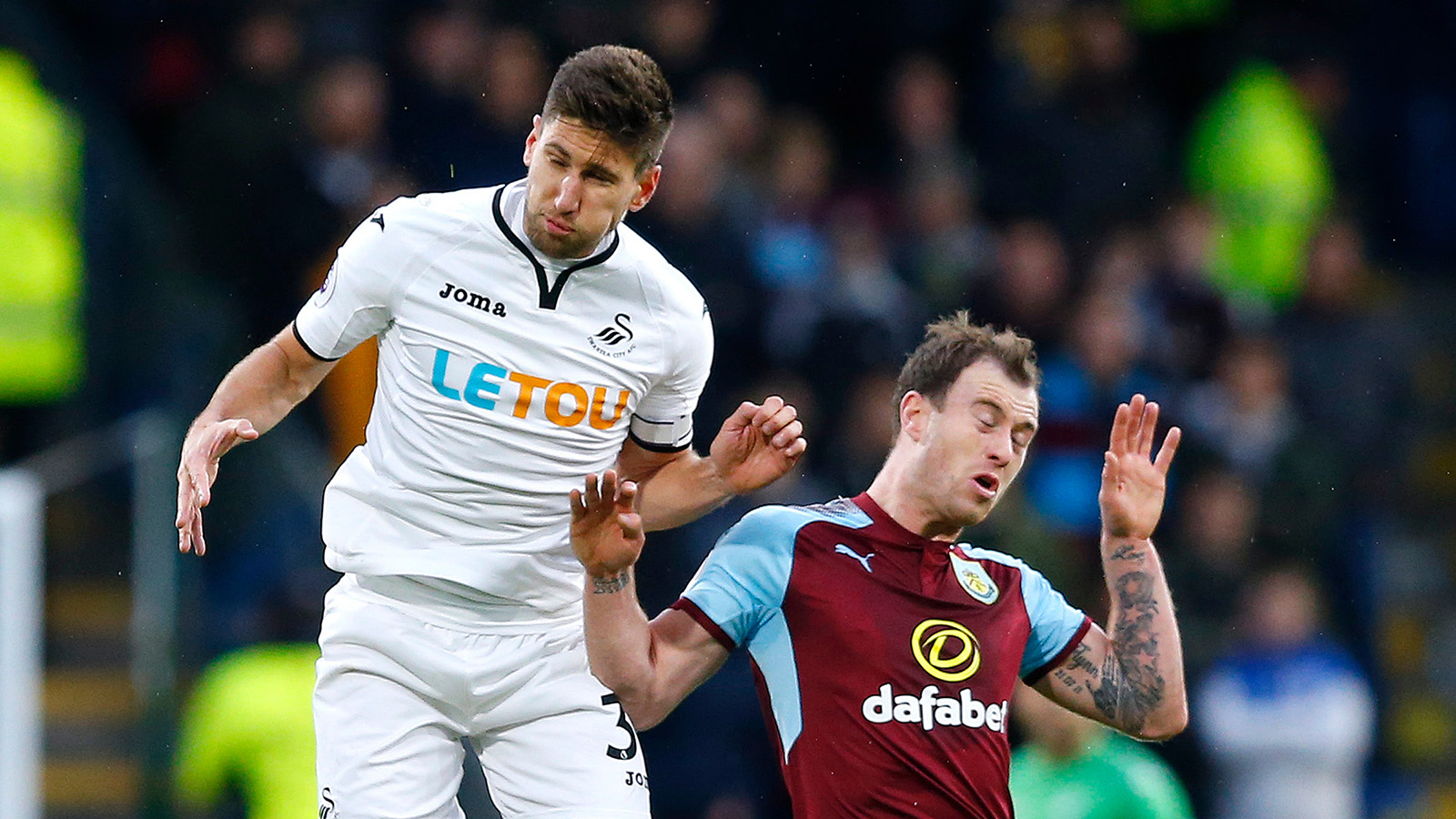 'One win could change our season'

Federico Fernandez believes it could take just one win to kickstart Swansea City’s season despite another disappointing defeat at high-flying Burnley.

Goals from Ashley Barnes and former Swan Jack Cork mean the Swans remain in the Premier League relegation zone with 12 games gone of a long campaign.

But Fernandez, who skippered the side again at Turf Moor, is adamant there is still plenty to play for.

“We must be more positive,’’ declared the Argentinian.

“We spoke a lot about things in the last two weeks, but now is the time to turns things around quickly and start winning games.

“We prepared and trained well on the training ground leading into the game, but we must start transferring that onto the pitch on a Saturday.

“I actually thought we did that early on because we started the game well today. But we didn’t create enough during that period. Then two mistakes cost us two goals and our confidence suffered.

“We tried hard to get back into it in the second half and had three or four good chances which we couldn’t take.’’

The defeat means next weekend’s home game against AFC Bournemouth takes on even greater importance – a fact not lost on Fernandez.

“The next game is massive,’’ he added. “But that’s going to be the case now for every game until the end of the season.

“We need to show against Bournemouth we have what it takes. We have to keep working hard and give something extra.

“There is a lot of quality in this squad, but we need to show that now. We need to keep pushing ourselves for us as players, the fans and the club.

“We all must support each other, from the squad to the fans, because I believe that one win will be enough to give our confidence a massive boost and put us back on the right track.”