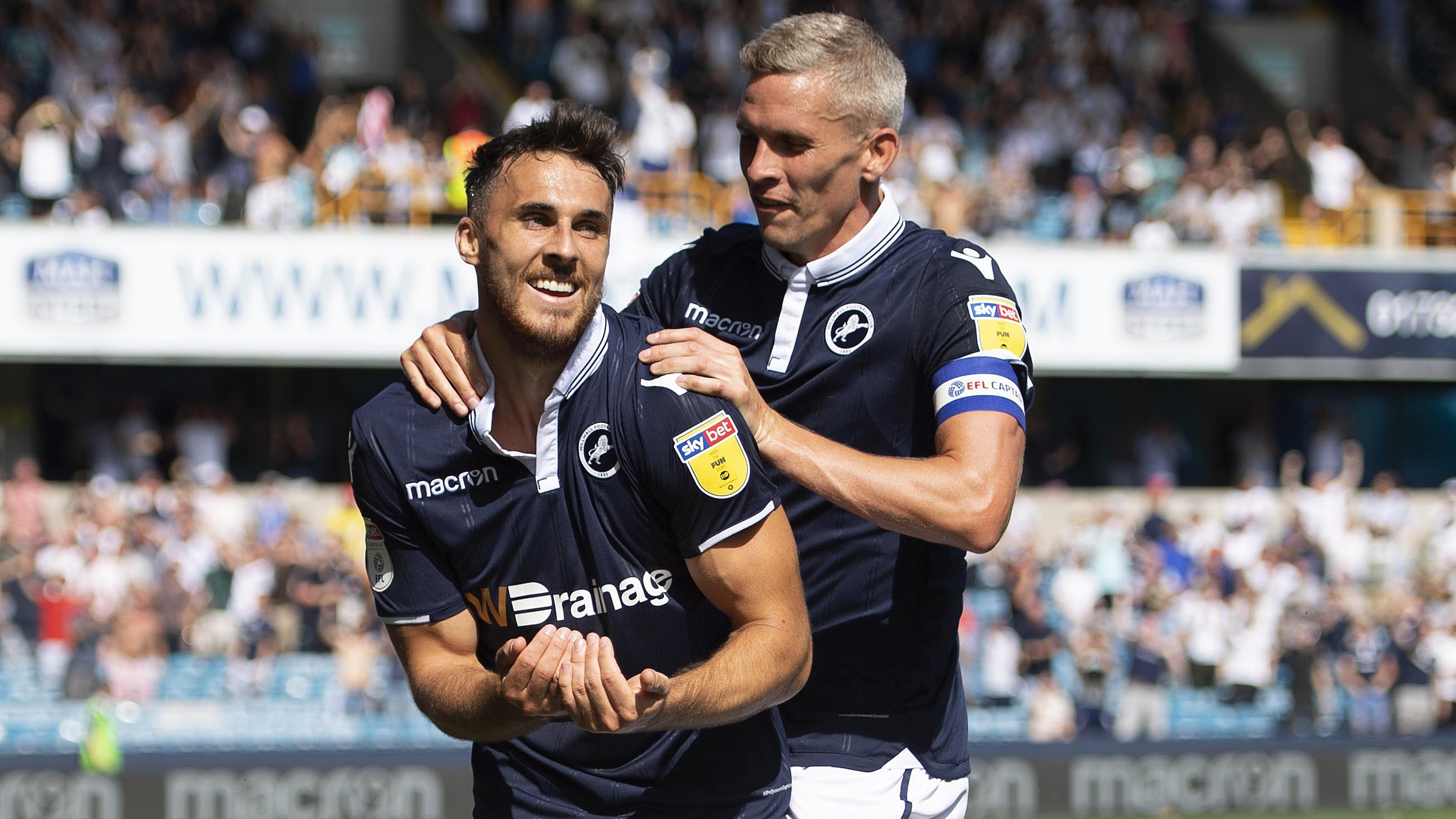 Ahead of Swansea City's massive clash with Millwall on Saturday, Edward Stratmann takes a look at their imposing forward Lee Gregory and why he's such a key figure for the Lions.

Having lead the line for Millwall effectively using all his experience and nous on his way to scoring 10 goals from his 31 appearances in all competitions this campaign, there's no doubting what an integral component Lee Gregory is for Neil Harris' side.

Determined, hard working, physical and intelligent, the 30-year-old always poses a nuisance to any backline with his persistent probing. Forever asking questions of his opposition, Swansea will have to be wide awake to his presence, for he's a well-rounded striker who'll look to impose himself from the off come Saturday.

With Millwall currently hovering just clear of the relegation zone in 20th, Gregory will yet again be doing everything in his power to ensure the team's safety and get back on the scoresheet after registering a vital recent goal against Everton, where he was crucial towards Millwall memorably overcoming their Premier League foes in the FA Cup.

Whether playing upfront with a strike partner or by himself, he's served as a vital focal point for many of Millwall's attacking forays.

A player who links play nicely with his deep- dropping movement, Gregory connects midfield and attack smartly with his effective back-to-goal hold-up play. Using his competent first touch and ball control, he receives passes well and has the technical qualities to avoid his marker or protect the ball using his strength while he waits for an option to present itself.

A key byproduct that typically occurs when he checks towards the ball is that his marker will usually follow him, which can importantly manufacture spaces in behind for team-mates to exploit if the gaps aren't plugged.

The Swans' backline will also need to be wary of his instinctive runs in behind and into the box, for he times and directs his movement very shrewdly. A master at targeting the pockets in between defenders when surging forward, this gives him vital separation to make his runs unimpeded

In addition, the pacey attacker also reads the ball's trajectory and flight quickly, plus he reacts rapidly to loose balls inside the box, making him a challenging man to track in these situations.

Furthermore, the way Gregory will peel off his marker and embark on his runs on the blindside of his marker crucially gives him a dynamic advantage over his opponents, so he can attack crosses with much more momentum and thus enhance his chances of scoring or assisting.

Mixing things up with some well executed rotations out wide and calculated runs in behind the opposition full-backs when they step forward, Gregory will need to be monitored very closely indeed.

A testing man to outmuscle in one-on-one duels, the burly forward also acts as a solid target for goal kicks, set pieces, second balls and throw ins, with him competing manfully in such scenarios and coordinating his movements admirably with his colleagues.

Although he can snatch at the odd chance, he's a competent finisher to boot, for the spearhead usually does a fine job of maximising his opportunities with his awareness, balance, clever array of finishes and goal sense ensuring he's occupied threatening positions in and around goal.

Capable of creating openings for others with his passing (as his four assists underline) or himself with his spatial understanding, the Swans will be keen to nullify Millwall's danger man, who contributes notably on the defensive end through his pressing and toughness in the tackle too.

By the numbers, his 0.37 expected goals per game, impressive 0.33 conversion rate, 0.8 key passes per game, 1.79 shots per game, three successful aerial duels and 3.5 successful defensive actions aptly highlight his worth.

One thing that Swansea will take note of is how he can be knocked out of his stride if pressed fiercely and effectively, as he can be prone to losing the ball under heavy duress.

Playing with confidence and desperately keen to help his team, Gregory, who's heading into his fifth year with the Lions and is nine goals shy of breaking into the top 10 on the club's all-time goalscoring list, is a man the Swans will have to pay close attention to.

The former Halifax Town man certainly won't make things easy for Swansea in what looms as a fascinating battle. But if they can keep him in check by pressing him aggressively and getting touch-tight to monitor his crafty runs closely, they'll be one step closer to obtaining a vital three points.